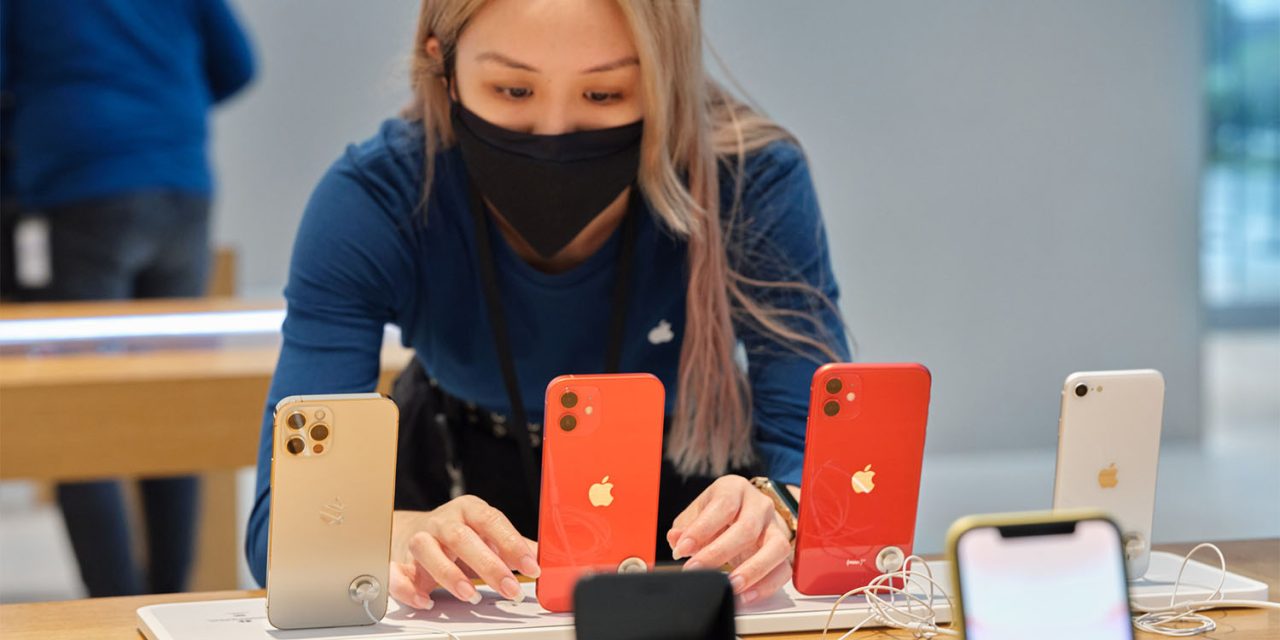 Apple shared photos of its Orchard Road store in Singapore, which opened in 2017.

One customer had an expensive morning, showing off their iPhone 12, MagSafe charger, iPad Air, Magic Keyboard and Apple Pencil.

The company said that although some stores are closed, the majority are open – though in varying forms.

On Friday, October 23, iPhone 12 and iPhone 12 Pro with 5G went on sale, ushering in a new era for iPhone. Also making its debut was the all-new iPad Air, featuring the advanced A14 Bionic chip. iPhone 12, iPhone 12 Pro, and iPad Air are now available in stores and arriving in customers’ homes around the world […]

The vast majority of Apple Store locations around the world are open and operating in various service models to protect the health and well-being of customers and employees.

Apple also shared some photos of the distribution process. Here we can see devices at UPS’s worldwide air hub in Louisville, Kentucky.

And being prepared for despatch from Apple’s distribution center in Carlisle, Pennsylvania.

The Cupertino company will be sharing photos from more stores around the world throughout the day.

PED30 rounded up some videos posted by Russia Today, from Australia, Singapore and London.

You can see in the London video that Apple has a line devoted to pre-order pickup, with customers required to have both their pickup code and photo ID to be admitted to the store. Apple also encourages social distance in the lines, with areas roped off to allow for lines around the building.