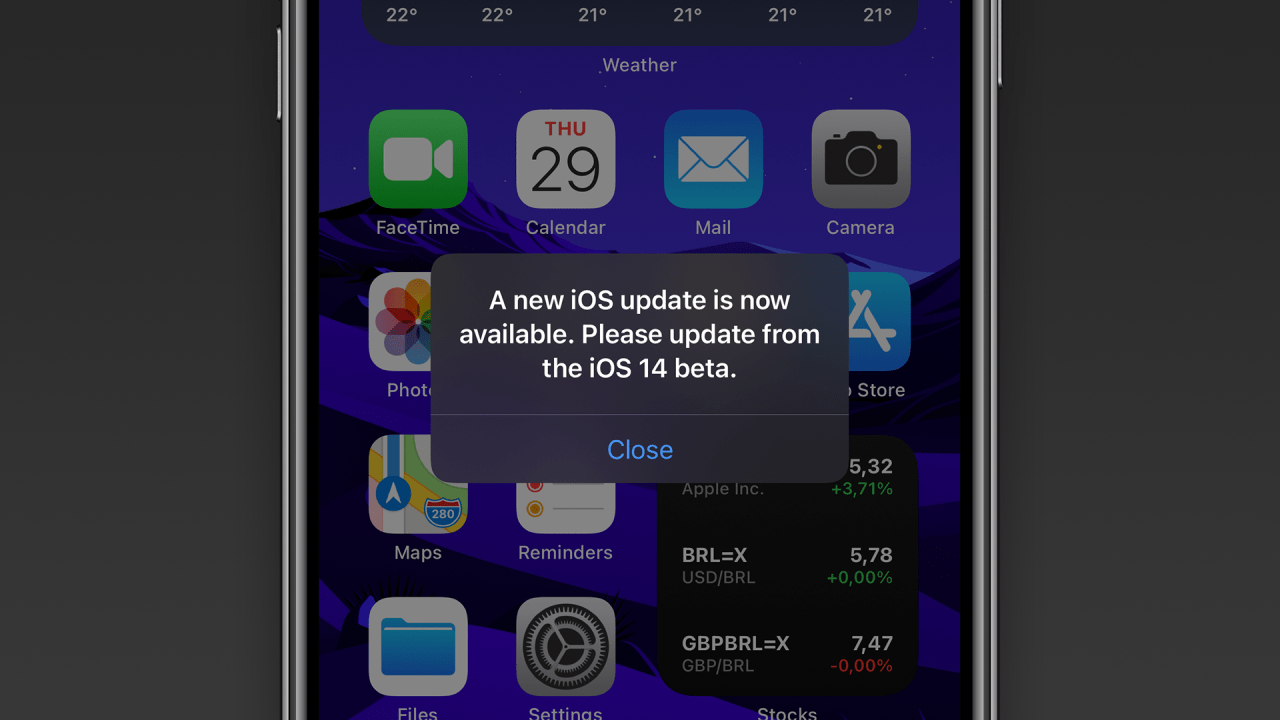 It’s not just you. Once again, iOS beta users are facing an annoying message about a non-existent update. This time, users with iOS 14 and iPadOS 14 beta installed on the iPhone and iPad are being prompted with erroneous messages informing them to update to the latest beta release, even though there are no updates available.

The popup mentions that there’s a new iOS 14 beta available, but there’s not. This bug is not exactly new, as something extremely similar happened during the iOS 12 beta period in 2018.

A new iOS update is now available. Please update from the iOS 14 beta.

On Twitter, several users have been complaining about this message in the last few days, which seems to have affected even more device tonight.

The reasons behind this message are still unknown, but back in 2018 the wrong message was caused due to a bug in the system that calculates when an iOS build is about to expire. Most likely this same bug is now affecting the iOS 14.2 beta.

Have you been notified with this update message? Let us know in the comments below.