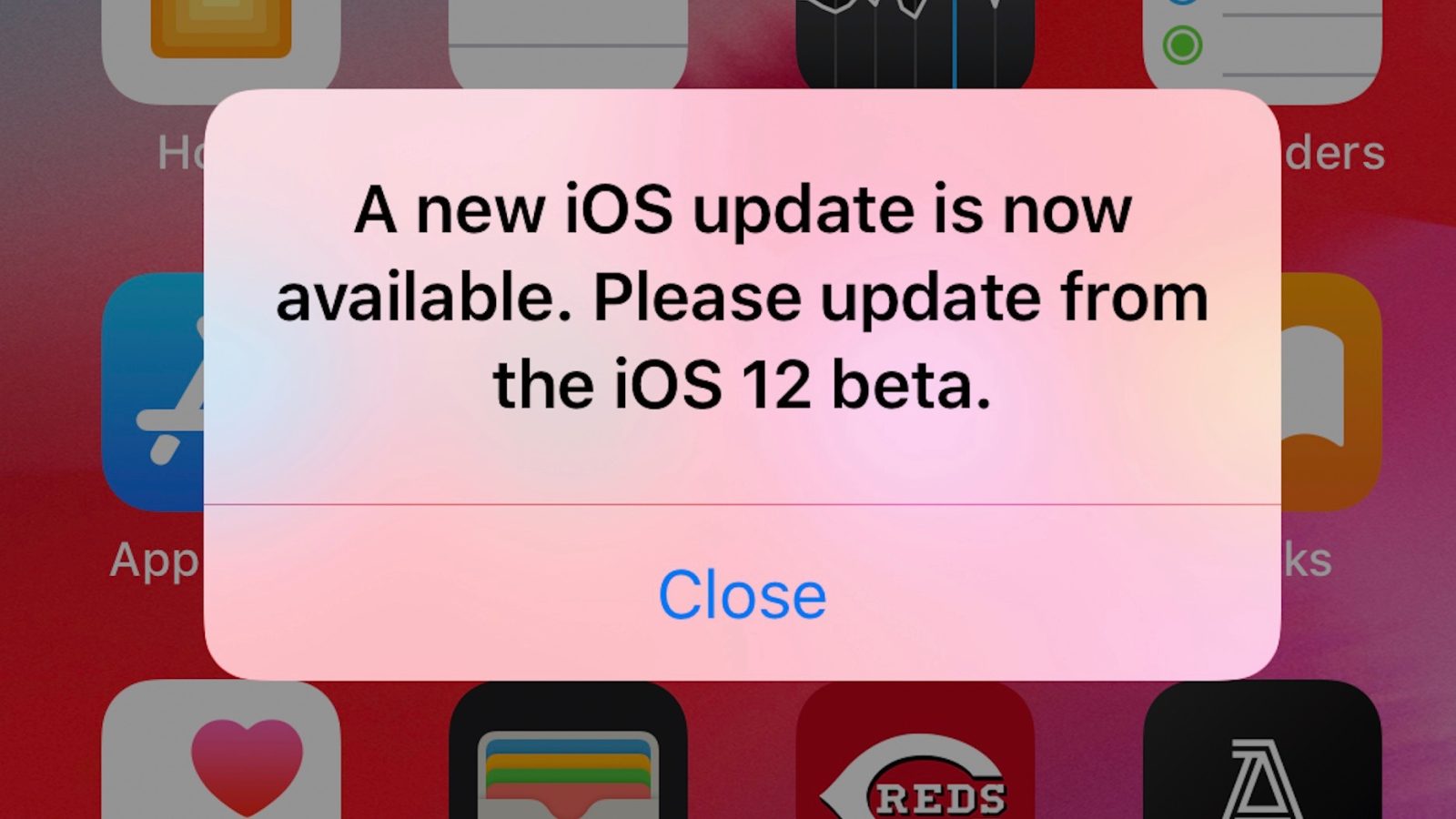 UPDATE: The fix is out!

This evening, many iOS 12 beta users are being prompted with erroneous messages on their device informing them to update to the latest beta release, even though there are no updates available.

The popup informs users that there is a new iOS update available and that they should update immediately. “A new iOS update is now available. Please update from the iOS 12 beta,” the prompt reads.

While there’s clearly no update actually available to users, 9to5Mac’s own Gui Rambo suggests there is a bug in iOS 12 beta 11 that makes it think the expiration date for the this particular build is nearing. Of course, iOS 12 beta 11 was only released earlier this week, so it shouldn’t actually be nearing its expiration date.

The popups have been surfacing since iOS 12 beta 11 was released, but have become incredibly more frequent this evening. Personally, I see the alert every time I unlock my iPhone X. Many other iOS 12 users are in similar situations.

It’s unclear if there is a server-side fix available for the issue, or if Apple will have to push a new update altogether. Either way, there doesn’t appear to be any way for the user to fix it. The iOS 12 beta period has been incredibly extensive, with a whopping 11 total release since mid-June. Apple is expected to release the stable version of iOS 12 to the public next month after it unveils its new iPhone XS and Apple Watch Series 4.

Are you experiencing these popups on your device? If so, which beta number are you running? Let us know down in the comments.

It looks like this method in Springboard does some date/time calculations to determine if the current build is about to expire, every time the cover sheet gets dismissed. For some reason, the latest builds of iOS 12 think they're about to expire. (@davedelong :P) pic.twitter.com/HWe7C0NnIT