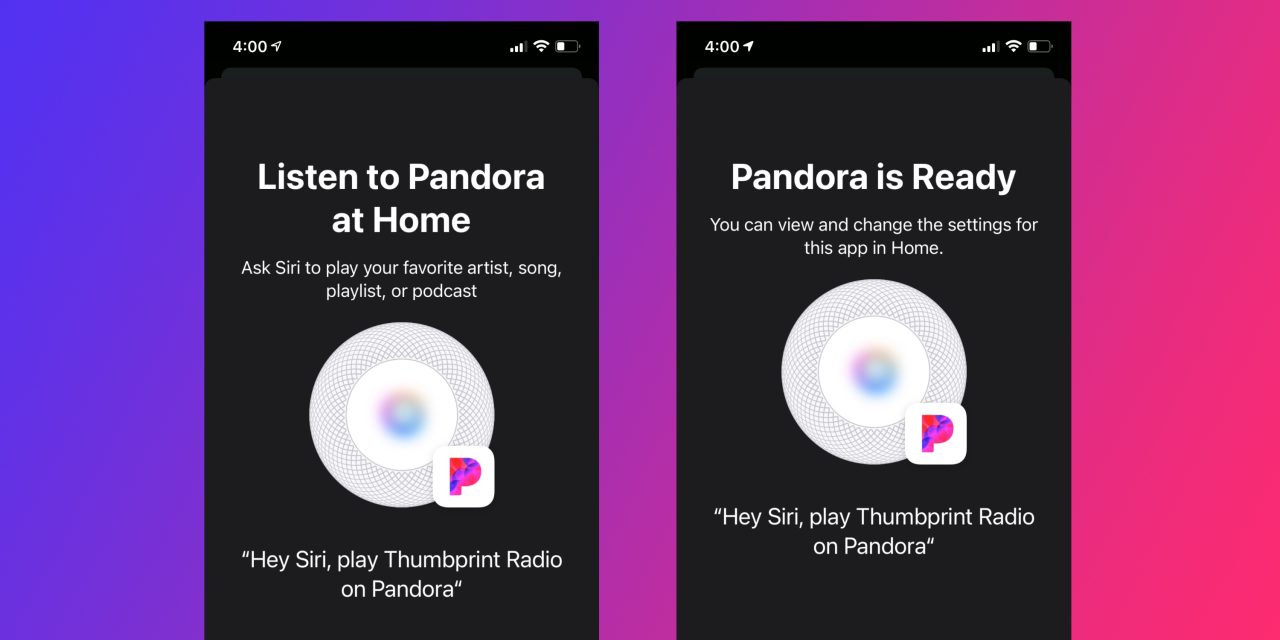 Apple teased that support for Pandora on HomePod would be arriving in “the coming months” during the HomePod mini unveiling. Now just a couple of short weeks after that announcement and ahead of the HomePod mini arriving, Pandora has launched support for HomePod that comes with handy Siri control.

Pandora has a great track record of quickly implementing Apple’s latest features like Siri Shortcuts, streaming, and offline playback support on Apple Watch to name a few. Now the company is an early adopter of integration with HomePod as Apple is about to expand the lineup with HomePod mini.

Pandora’s integration with HomePod is simple to set up through the iOS app and easy to use with Siri. You’ll need to specify that you want to listen to content on Pandora in your Siri request as Apple hasn’t opened up HomePod to change the default music service. But this is great integration that’s smooth to use. It means you can use ask your HomePod to play artists, songs, playlists, and podcasts from Pandora.

If you’ve updated to the 2010.1 release that’s available starting today, you can follow these easy steps to get going:

2. Open the Pandora app on your iOS device

We’ve successfully tested out the new feature and it works seamlessly. Here’s how the set up process looks:

Pandora is a free download from the App Store.