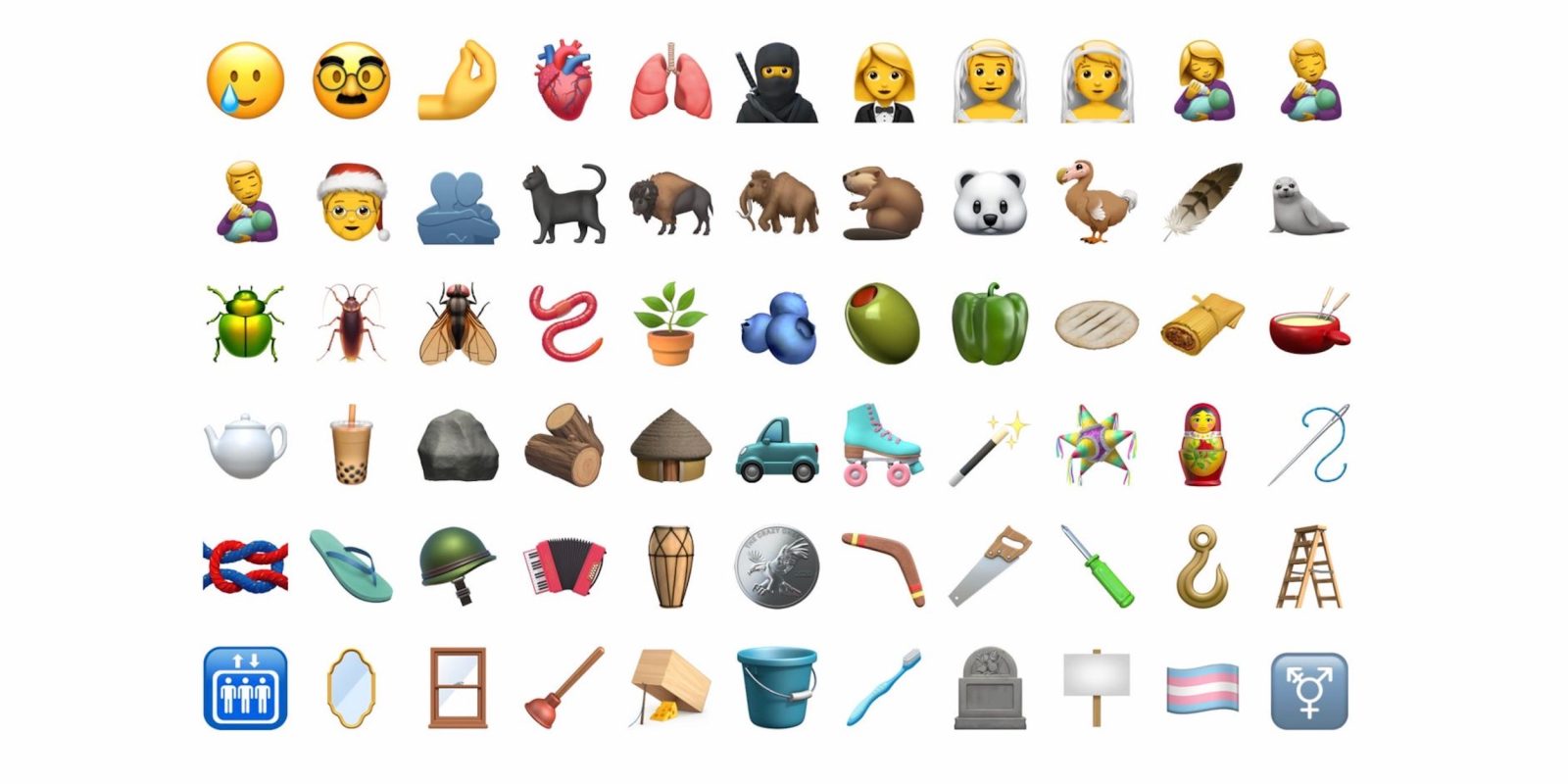 iOS 14.2 has arrived for iPhone, and it brings a host of notable changes and new features. One of those is over 100 new emoji to have fun with and better express yourself. Read on for a look at what’s included with the new batch, how to get the 117 new iPhone emoji with iOS 14.2, and how to find them.

The latest update for iPhone, of course, brings a lot of important changes like security improvements, bug fixes, and more functional updates like alerts for headphone audio level notifications. But naturally, emoji will be a fun and useful part of the update for many.

If you’ve started seeing some blank rectangles instead of emoji in your texts or noticed them elsewhere, that’s because others are using the new iOS 14.2 emoji, and you haven’t updated your iPhone yet to be able to view/use them.

One of the ways to more easily explore everything that’s new is to use the emoji search feature while looking at the images above and below (final versions in iOS 14.2 slightly different from the image below in some cases).