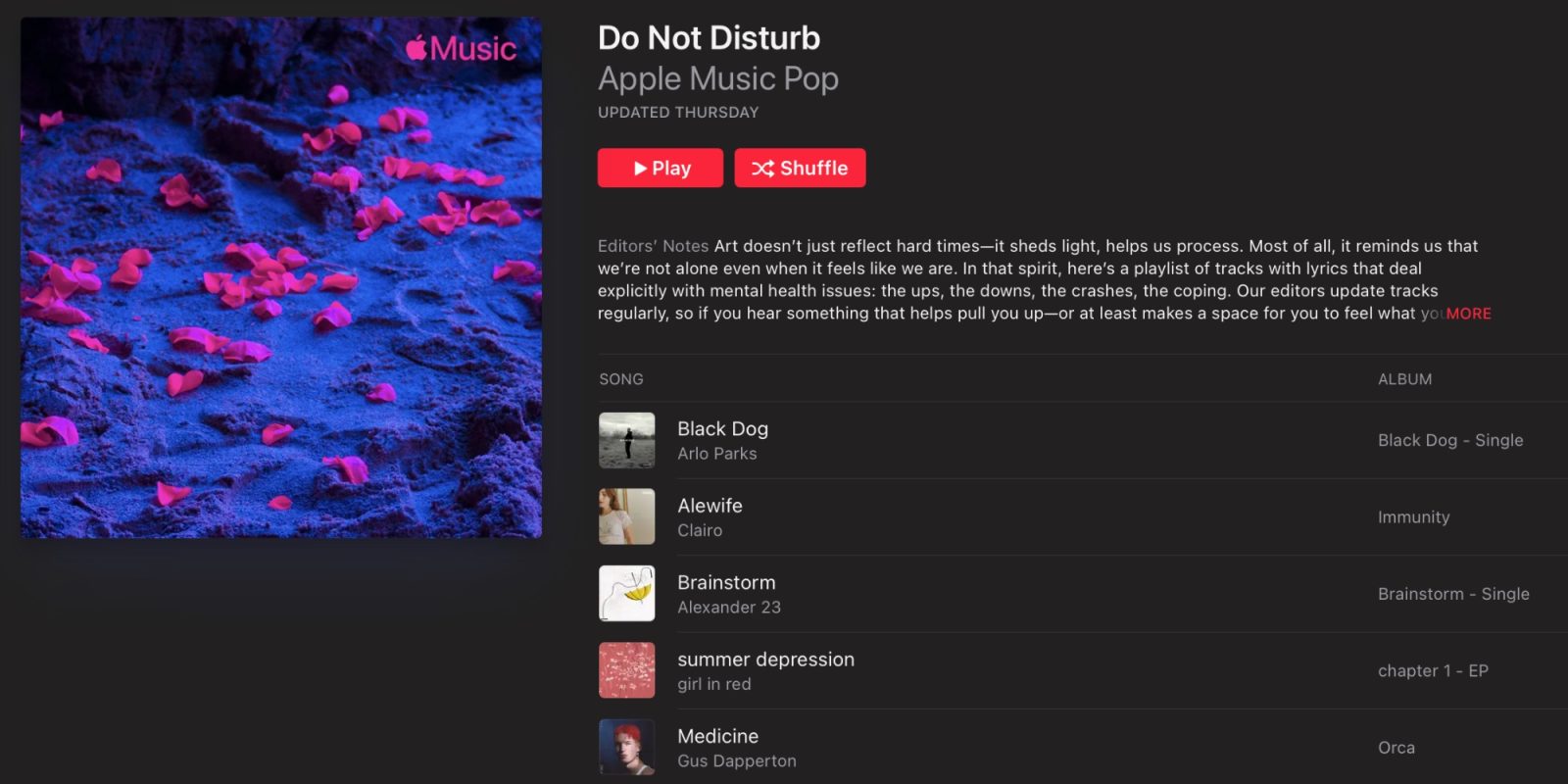 Apple Music knows 2020 has been a universally challenging year, and its new set of playlists reflects that reality. The streaming service is expanding its handpicked track collections with 10 new playlists that cover developing music corners, socially trending songs, and even a playlist focused on mental health.

One of the more interesting additions from this new group — at least from a technology perspective — is the new editorial playlist, “Viral Hits.” While Apple doesn’t specifically mention TikTok  by name here, the short-form video app’s influence is apparent.

TikTok’s music-laden memes and trends today heavily influence what younger users are listening to. The app has also long-since proven its ability to break new artists and send tracks, both new and old, up to the top of the streaming charts across Spotify and Apple Music, as well as the Billboard charts, at times.

Art doesn’t just reflect hard times—it sheds light, helps us process. Most of all, it reminds us that we’re not alone even when it feels like we are. In that spirit, here’s a playlist of tracks with lyrics that deal explicitly with mental health issues: the ups, the downs, the crashes, the coping. Our editors update tracks regularly, so if you hear something that helps pull you up—or at least makes a space for you to feel what you need to feel—add it to your library.

Music is a universal medicine, and this playlist wants to capture that with a weekly rotation of 50 songs.

Eight other new playlists in Apple Music’s latest round of expansion include these: