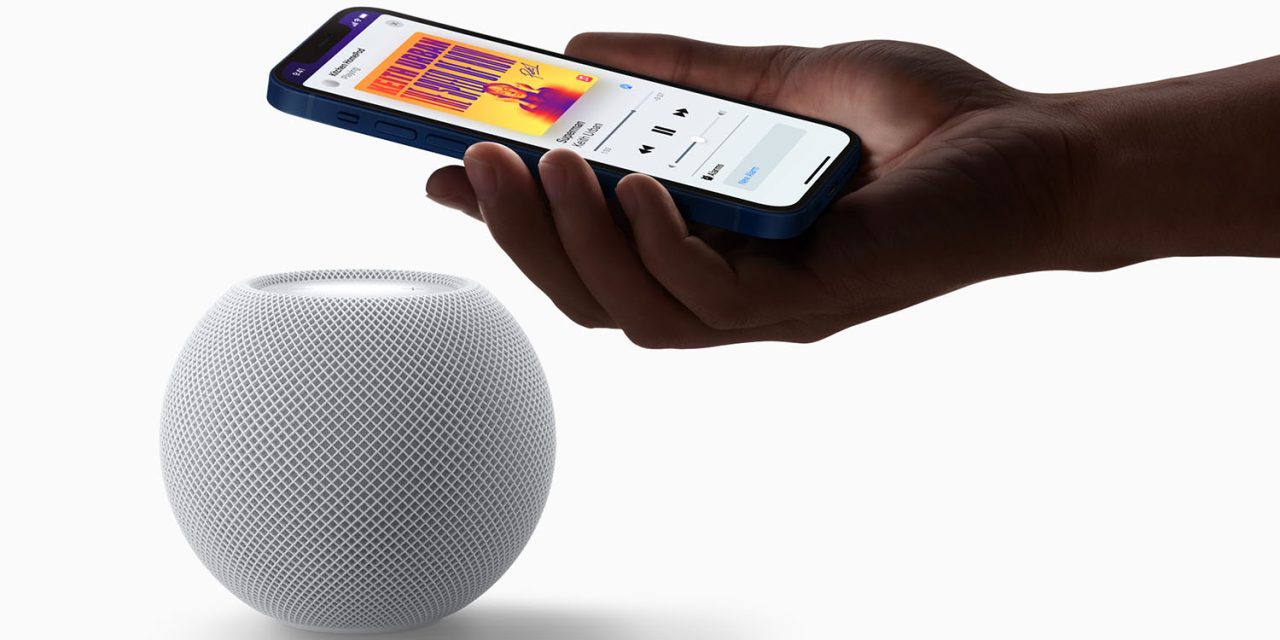 The new HomePod mini is now available from apple.com, priced at $99.

While a very different beast from the $299 full-sized HomePod, the new diminutive version is likely to prove popular for Apple fans looking for affordable multi-room audio …

When Apple announced the HomePod mini, the company claimed it would deliver ‘amazing’ sound in a compact format.

“HomePod mini has everything customers want in a smart speaker — amazing sound for listening to music, a world-class intelligent assistant that delivers a personal experience to each member of the household, and like every Apple product, it’s designed with privacy and security in mind,” said Bob Borchers, Apple’s vice president of Worldwide Product Marketing.

“HomePod mini is the ultimate smart speaker for anyone with an Apple device. It works effortlessly with iPhone to hand off music, answer calls, or deliver personalized listening suggestions, elevates the sound from Apple TV, plays music from a Mac, and so much more. There’s a lot of Apple innovation packed into such a small speaker, all at an affordable price.”

Apple says that the mini provides 360-degree audio despite having only a single, downward-facing driver.

HomePod mini features an Apple-designed acoustic waveguide to direct the flow of sound down and out toward the bottom of the speaker for an immersive 360-degree audio experience. This allows customers to place HomePod mini almost anywhere in a room and hear consistent sound.

It is, though, important to manage expectations, as I noted when the specs were revealed.

Size isn’t everything, [but] the laws of physics do apply, and there are limitations to what can be achieved with a speaker that small […]

The HomePod has eight drivers: a powerful woofer and seven tweeters. Each driver has its own amp. The HomePod mini has just one driver, that has to act as both woofer and tweeter. That’s a massive difference in spec.

The HomePod uses beam-forming, an incredibly advanced technique previously seen only in way more expensive speakers […] The HomePod mini has […] a hunk of shaped metal beneath the driver designed to spread the sound in all directions. Again, that’s an absolutely huge difference in spec.

But I also think Apple is targeting two types of buyer, both of whom are likely to be happy.

First, those who don’t have any kind of existing living room audio system beyond perhaps a middling Bluetooth speaker or Echo Dot. For them, a HomePod mini or two will be an upgrade.

Second, those who have a living-room system they are happy with, and now want to expand into an affordable multiroom audio system. They don’t expect the quality to match their main system, but want to have ‘good enough’ sound throughout their home.

Check out the rest of the differences between the HomePod and HomePod mini.