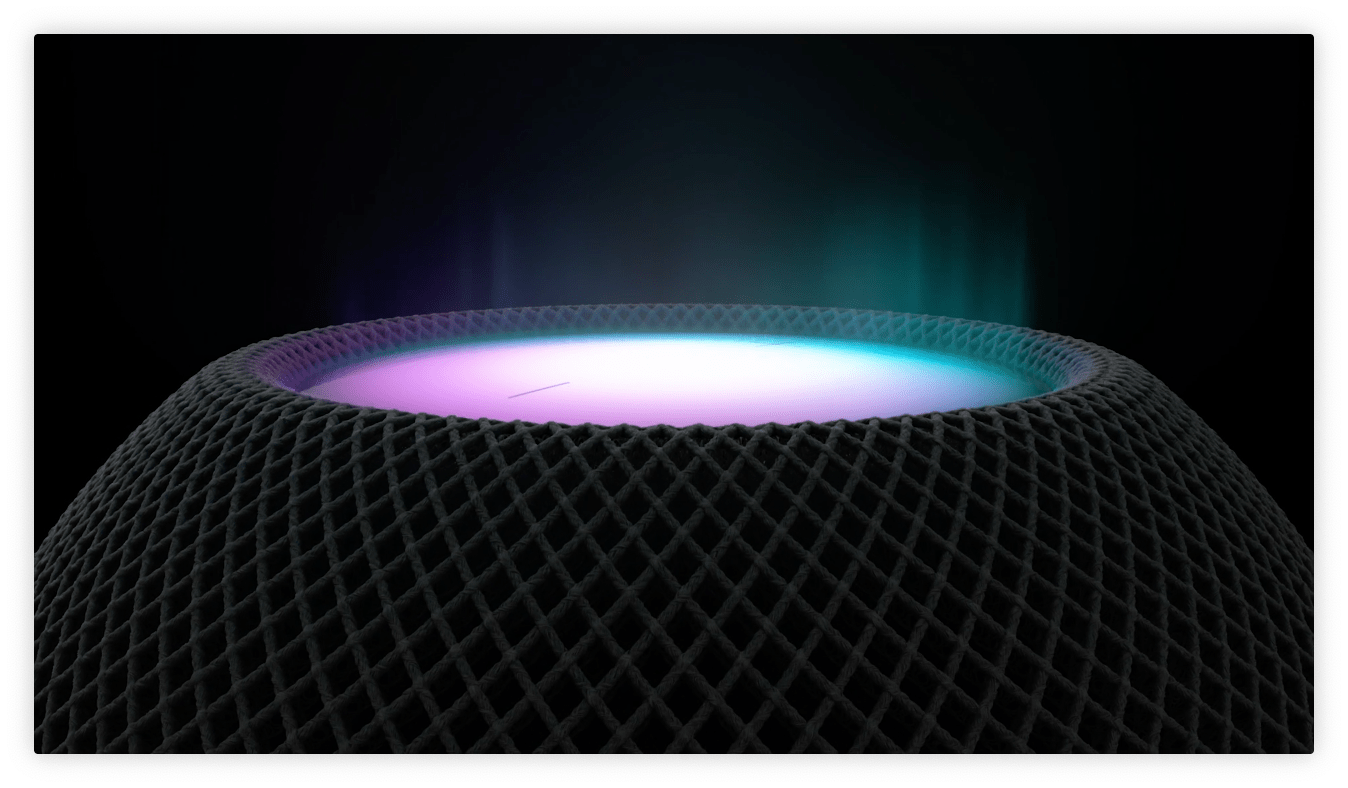 Apple today announced the HomePod mini, its latest smart speaker product following the launch of the original HomePod in 2017. The speaker features a new circular ‘bowl’ design, available in white or black, wrapped in mesh fabric. HomePod mini will be released on November 16 for $99. Orders start November 6.

Apple said the new HomePod mini combines amazing sound with the smarts of a voice assistant. The speaker emits sound in a 360-degree array. The HomePod mini is powered by the Apple S5 chip. Alongside the hardware, Apple announced several new feature updates for Siri …

Apple said the new HomePod mini combines easy of use whilst maintaining your privacy. Like the original HomePod, the top of the product features a touch surface that lights up as a visual indicator that Siri is listening.

HomePod mini supports AirPlay 2 multi-room capabilities, so you can fill your house with multiple speakers. When two HomePod minis are close to either other, they automatically form a stereo pair.

Later this year, the U1 chip will enable a smoother Handoff experience so you can switch your music from phone to the HomePod mini seamlessly.

HomePod is designed to work with Apple services like Apple Music and Apple Podcasts, in addition to AirPlay support. A future software update will also enable the HomePod to work with third party music services, like Amazon Music and Pandora. Support for Spotify was not mentioned.

As far as Siri intelligence is concerned, Apple has added a daily update briefing feature. The HomePod mini can also automatically recognize the voice of different users in the home and respond appropriately. There’s also a new Intercom mode so you can send messages to different rooms in the house. Intercom will work across with HomePods, as well as iPhone, iPad, and Apple Watch.