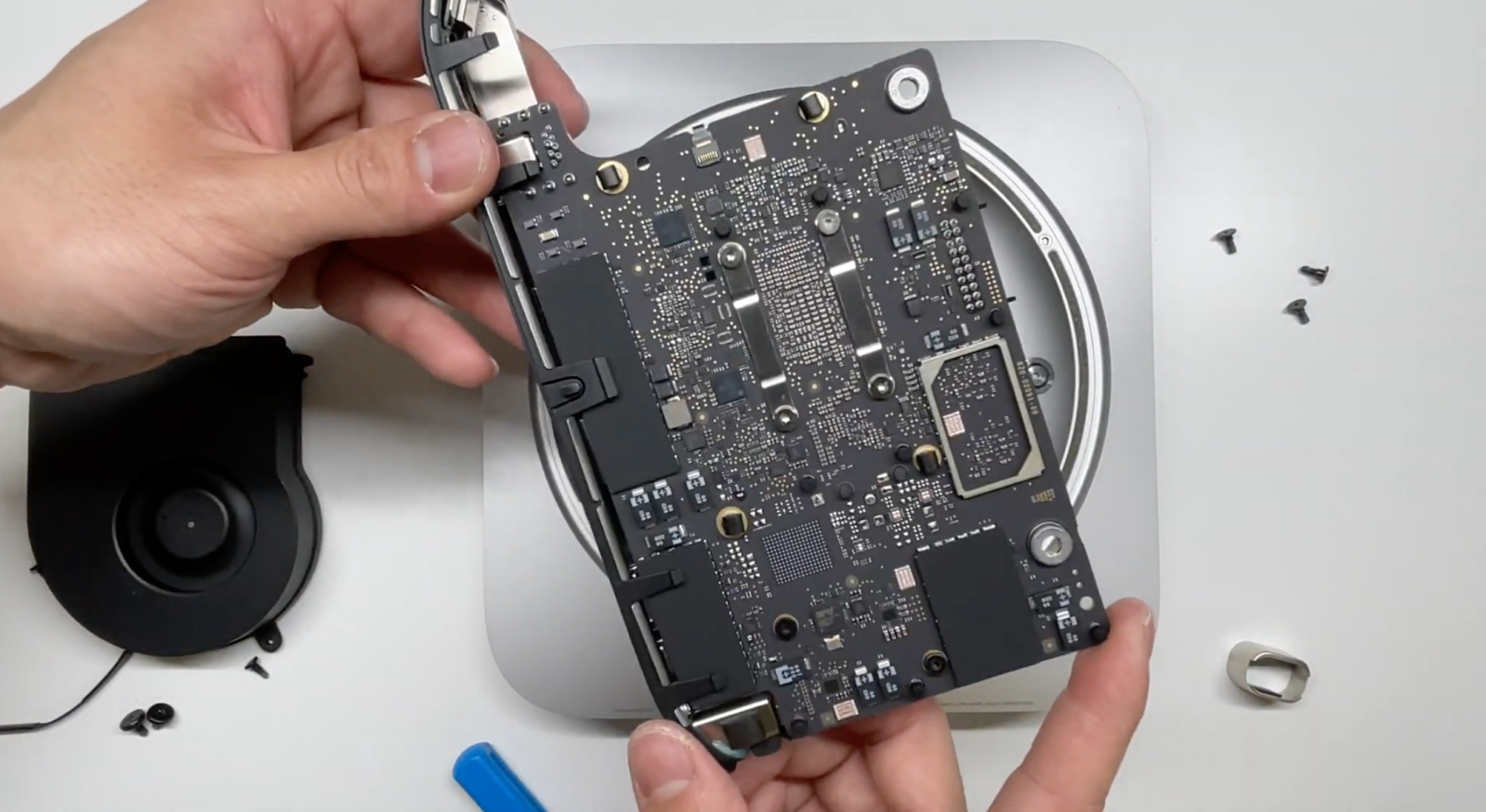 As Apple’s new M1 Macs have arrived to customers this week, we’ve got our first look at the internals of the company’s first desktop with Apple Silicon. The M1 Mac mini has retained the same footprint as its Intel predecessor despite it looking like much less space was needed.

The M1 Mac mini puts out some really impressive performance as Apple’s first desktop with a custom SoC. That said, there are some trade-offs like the machine losing 2 USB-C/Thunderbolt ports and the RAM no longer being user upgradeable (SSD not upgradeable either).

YouTuber Brandon Geekabit appears to have shared the first M1 Mac mini teardown and offers a nice detailed look at what’s going on in the new compact desktop.

The M1 Mac mini is disassembled roughly the same as the previous version with some TR6 screws. Notably, Brandon got the new motherboard out, it highlights how much less room the Apple Silicon internals take up.

The 2018/2020 Intel Mac mini motherboard took up most of the desktop’s casing minus the power supply, while the M1 motherboard probably takes up 30-40% less room.

While some may be disappointed in RAM, SSD, etc. being soldered/integrated to the M1, Apple Silicon is the shift where Macs have become like iPhones and iPads. Those who value iPhone and iPad accept the trade-off of them not being user-upgradeable for the tight hardware/software and great performance.

As we’ve previously highlighted, the teardown also notes the move back to a silver casing from space gray for the new Mac mini. Take a close look below or on YouTube: