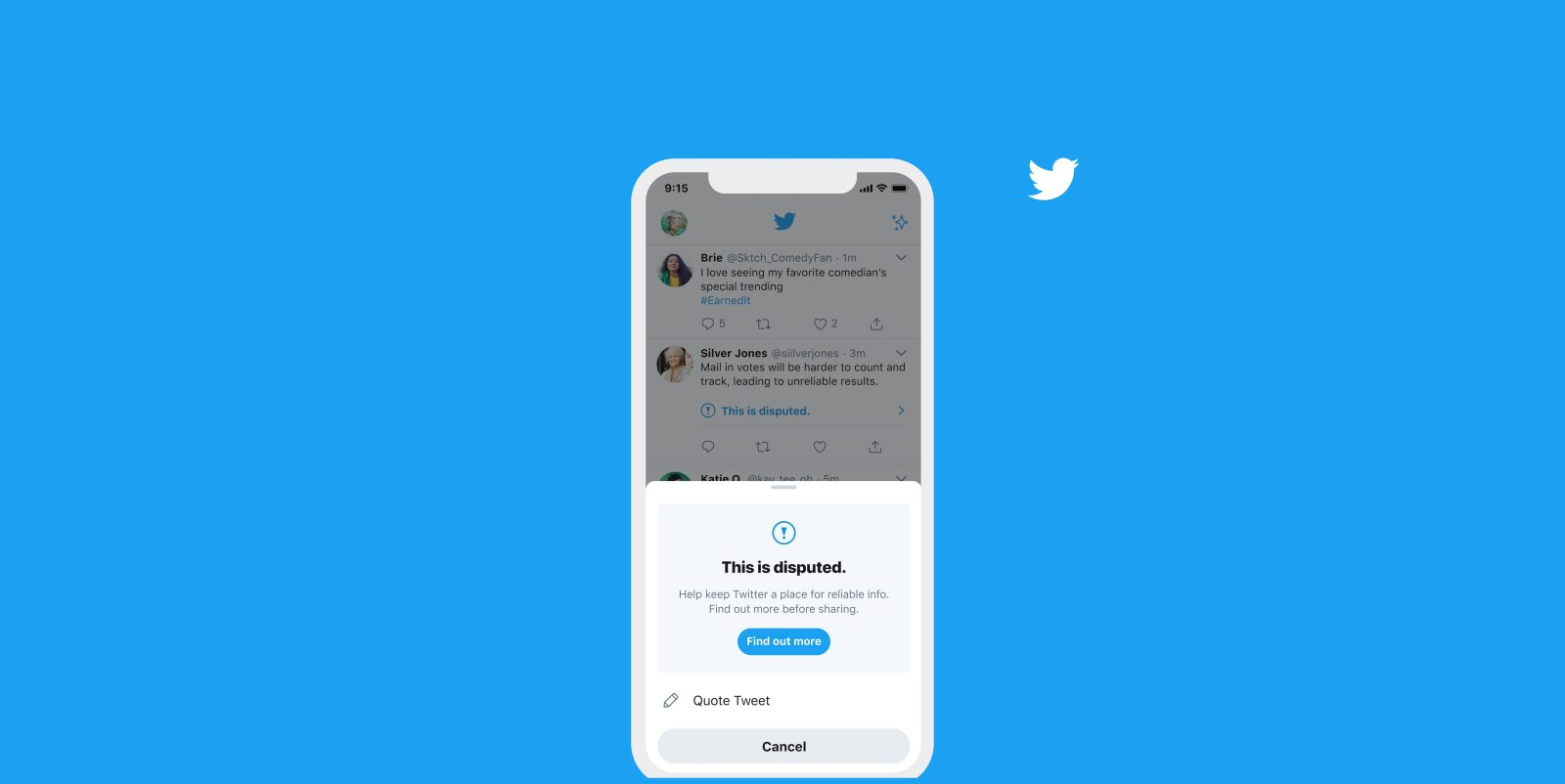 Twitter has become increasingly aggressive against fake news and misleading content. During the U.S. elections this year, the social network introduced some new labels for tweets with misleading content and also a warning for those trying to retweet labeled tweets. As of today, users will also see alerts when they like a tweet labeled with false or misleading information.

The company announced the change through the official Twitter Support profile arguing that it aims to reduce the number of people sharing wrong information about elections, COVID-19, and other sensitive topics.

Giving context on why a labeled Tweet is misleading under our election, COVID-19, and synthetic and manipulated media rules is vital. These prompts helped decrease Quote Tweets of misleading information by 29% so we’re expanding them to show when you tap to like a labeled Tweet.

Currently, if you try to retweet a tweet considered misleading, Twitter asks if you really want to share that information and it will also show what the company calls “credible information” about that same topic.

Alerts for tweets labeled as false or misleading will work in a similar way. Once the user hits the like button on a labeled tweet, the social network will show an alert describing why that tweet is considered misleading.

According to The Verge, the new feature is now being rolled out on the web and also for iOS users, while the Android version of Twitter will get these alerts in the coming weeks.