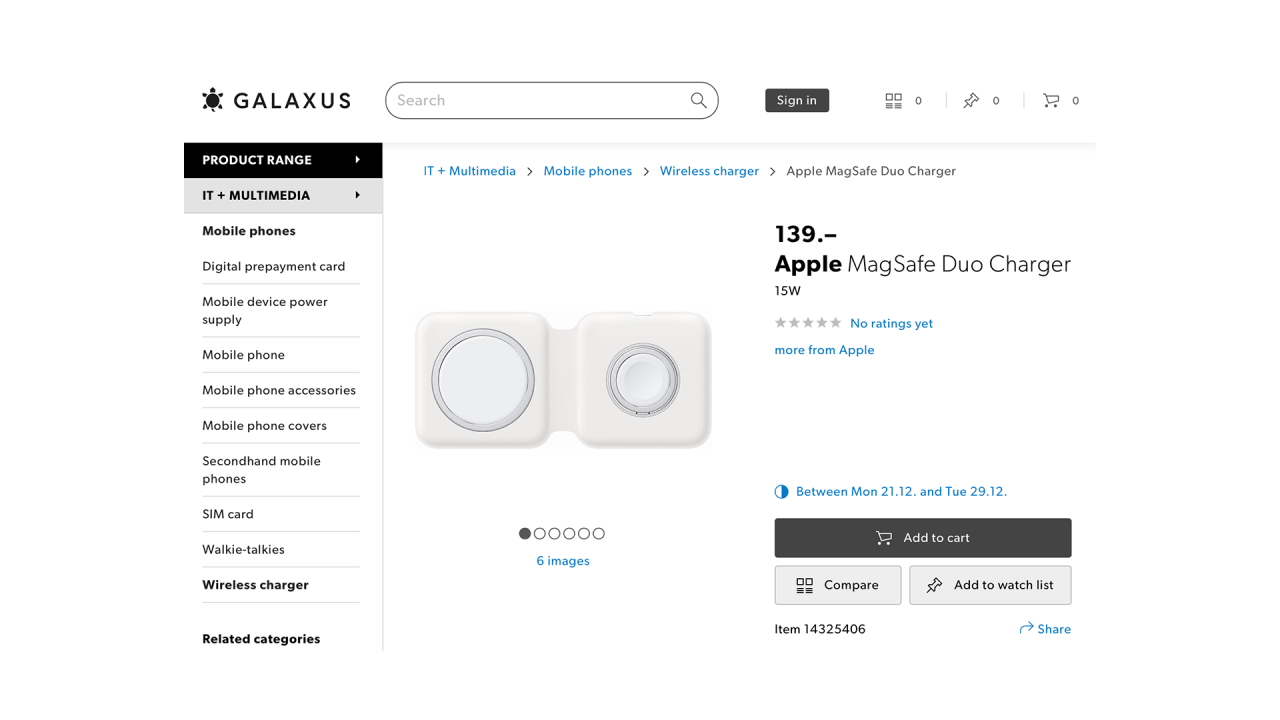 Apple announced MagSafe and MagSafe Duo chargers during its October event along with the iPhone 12 lineup, and although MagSafe charger is already available for customers, the launch date of MagSafe Duo remains a mystery. However, an Apple reseller in Switzerland suggests that the product will be officially launched on December 21.

Digitec Galaxus is a popular store in Switzerland that offers a variety of products, including Apple devices — the store is even considered an Apple Authorized Reseller by the company. A 9to5Mac reader noted today that the MagSafe Duo charger is now available to pre-order from Digitec Galaxus. Moreover, the store suggests that orders will arrive as of December 21.

We were able to find the MagSafe Duo charger in the store, and in fact, consumers can already order it there. There’s a disclaimer on the store’s website saying that orders made today will be delivered between December 21 and 29, and the same applies for in-store pickup.

Apple hasn’t said a word so far about the MagSafe Duo charger launch except for “available at a later date,” but the fact that an Apple authorized reseller has shared a possible launch date might indicate that the product will be available at stores this year. The company also sent some MagSafe Duo review units to the press, which probably wouldn’t happen if the product was only coming in 2021.

Nevertheless, keep in mind that even if this is an official Apple reseller, the mentioned release date could be just a placeholder, so consider this information with a bit of skepticism.

MagSafe Duo charger will cost $129 in the US, and it requires a USB-C power adapter sold separately.