Apple reveals most popular books, podcasts of the year including first-ever show of the year 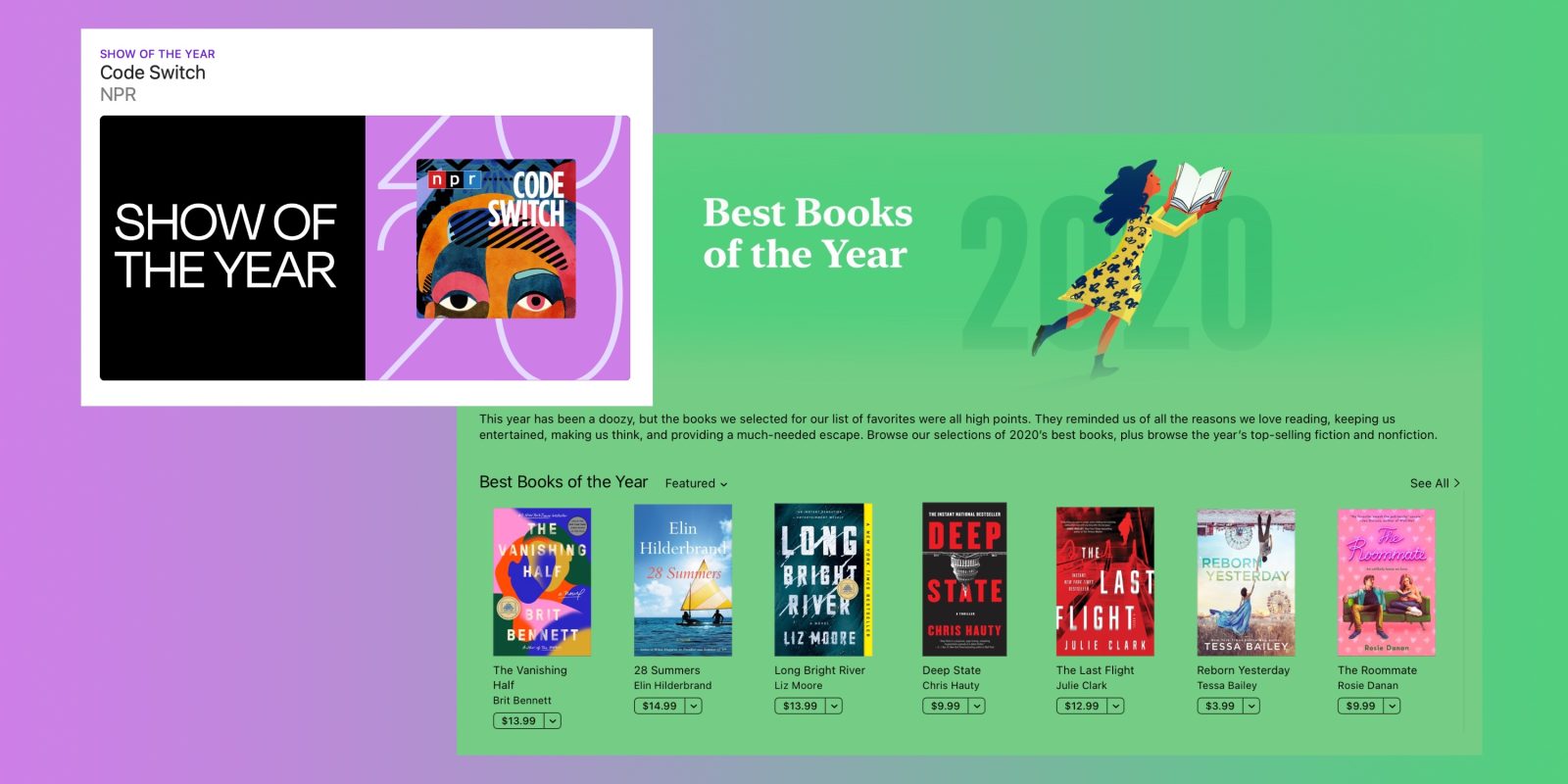 2020 is (thankfully) coming to a close and Apple has shared some handy collections for what it considers the best content from this year. The lists include the most popular podcasts, books, audiobooks, and more like “Biggest Shows of 2020.” And in a first, Apple Podcasts has named a “Show of the Year” with the honor going to NPR’s Code Sw!tch.

Apple shared the news on Twitter and across its Podcasts and Books apps in the Browse sections. Check out all the lists below with links to the year’s best content.

Apple Podcasts: Show of the Year 2020 (US)
Code Switch by NPR

As for Apple Podcasts’ first-ever Show of the Year award, here’s a summary of what to expect from Code Sw!tch if you haven’t listened yet. It’s a powerful and important show, particularly in our current climate:

Code Switch has been a leader in dissecting race, identity and culture for 7 years reaching listeners around the world and over the summer, following the global reckoning of racial injustice, the show skyrocketed to the top of the Apple Podcasts Charts. In each episode, co-hosts Shereen Marisol Meraji, Gene Demby and the Code Switch team explore the subject of race head-on and how it impacts every part of society- from politics and pop culture to history, sports and everything in between. Recent episodes include ‘A Decade of Watching Black People Die‘, ‘Puerto Rico, Island of Racial Harmony?, ‘When Xenophobia Spreads Like A Virus‘ and ‘What’s In A Karen?‘

Apple Books: Most Popular Books of the Year (fiction & nonfiction)

Apple Books: Most Popular Audiobooks of the Year (fiction & nonfiction)

Apple Books: Best Books of the Year (US)

Apple Books: Best Audiobooks of the Year (US)

Apple Podcasts: Our Favorites This Year (US)