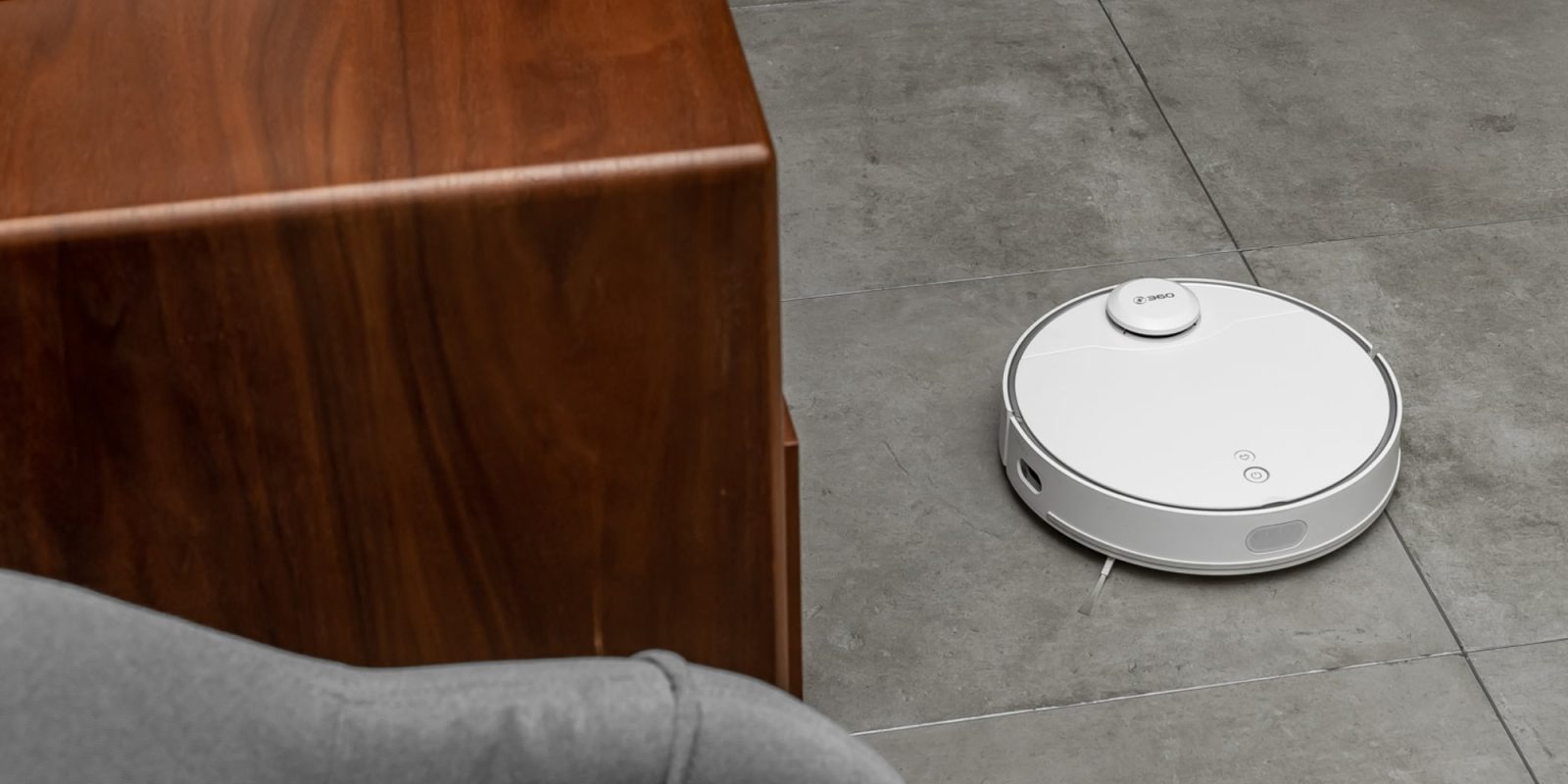 One of the industries I started paying attention to more in 2020 was the world of robot vacuums. After picking up a Neato D7 and Roborock S6 Max earlier this year, I’ve decided that I am finished with regular vacuum cleaners, and automated ones are the future for my family. Since August, I’ve been testing out the 360 S9 Robot acuum, so read on to see how it compares to the ones I already use.

One of the first things you’ll notice about the 360 S9 vacuum is it’s white compared to black for most of the other vacuums on the market. It’s a nice change for blending into a home’s decor as it doesn’t look like the typical electronic vacuum that you see in most people’s homes. A product’s looks only go so far, though. With products meant to clean your home, it’s all about how it performs in the task at hand.

I’ve been using the 360 S9 vacuum in the same area that I used the Neato D7 before, and I’ve been quite impressed. Both products do a great, comparable job of cleaning the entire floor of the home. Even this fall, as my dog has tracked leaves in from outside the house, it’s picked them right back up, so after I run a cycle, it’s right back to normal. Since the 360 S9 vacuum includes a mop, it gives it a leg up on the D7.

App wise, the 360 S9 vacuum app might be my favorite of all the robot vacuums I’ve used. When you first launch the app, you’ll be prompted to sign up for an account. Since it allows you to “Sign in with Apple,” I didn’t have to worry about setting up a username or password. Once you add the vacuum to the account, you’ll be prompted with four options at the bottom of the screen: recharge, clean, change mode, and tools. This setup means that I can quickly jump into the app and start (or sometimes stop) the vacuum without drilling down into the app.

The 360 S9 vacuum includes LiDAR mapping technology to map your home so you can easily spot clean particular rooms or specific areas in the future. You can also set up “no go” zones to keep it out of places you don’t want to be cleaned. We have a few frames stored under our bed, so I like that area to be avoided to damage them or get stuck. It does a fantastic job at avoiding things around your home, so it seldom gets stuck. You can also create and manage multiple floors in your home so you can clean various levels with a single device. One of my favorite features of the app is how if It gets stuck, it’ll suggest adding a “no go” zone automatically to that spot.

Battery life-wise, it’s comparable to other vacuums I’ve used. It can recharge entirely in four hours, and it includes up to three hours of runtime depending on the suction level you choose. My only complaint about the vacuum is that the dust bin is smaller than other products I’ve tried. It houses a 420ml dustbin/200ml water tank, so you will have to empty it more often. One major win for the 360 S9 vacuum is that it’s the quietest vacuum of all the various models I’ve tried, so that is a definite bonus for our family. We’d typically try to run the other vacuums when we were away from the house, but with the 360, we will quickly let it complete an entire cycle while we’re at home.

It’s hard to say which is “the best” robot vacuum on the market. All of the ones I’ve tried are fantastic and eliminate the need to use a regular vacuum. Since we’ve moved to robot vacuums in our home, we’ve put our normal ones in storage, so the technology had advanced to a place where it can take over 100% of your daily cleaning. The 360 S9 vacuum is a worthy option for any home, and with Amazon Alexa support, it can even be triggered with just your voice.