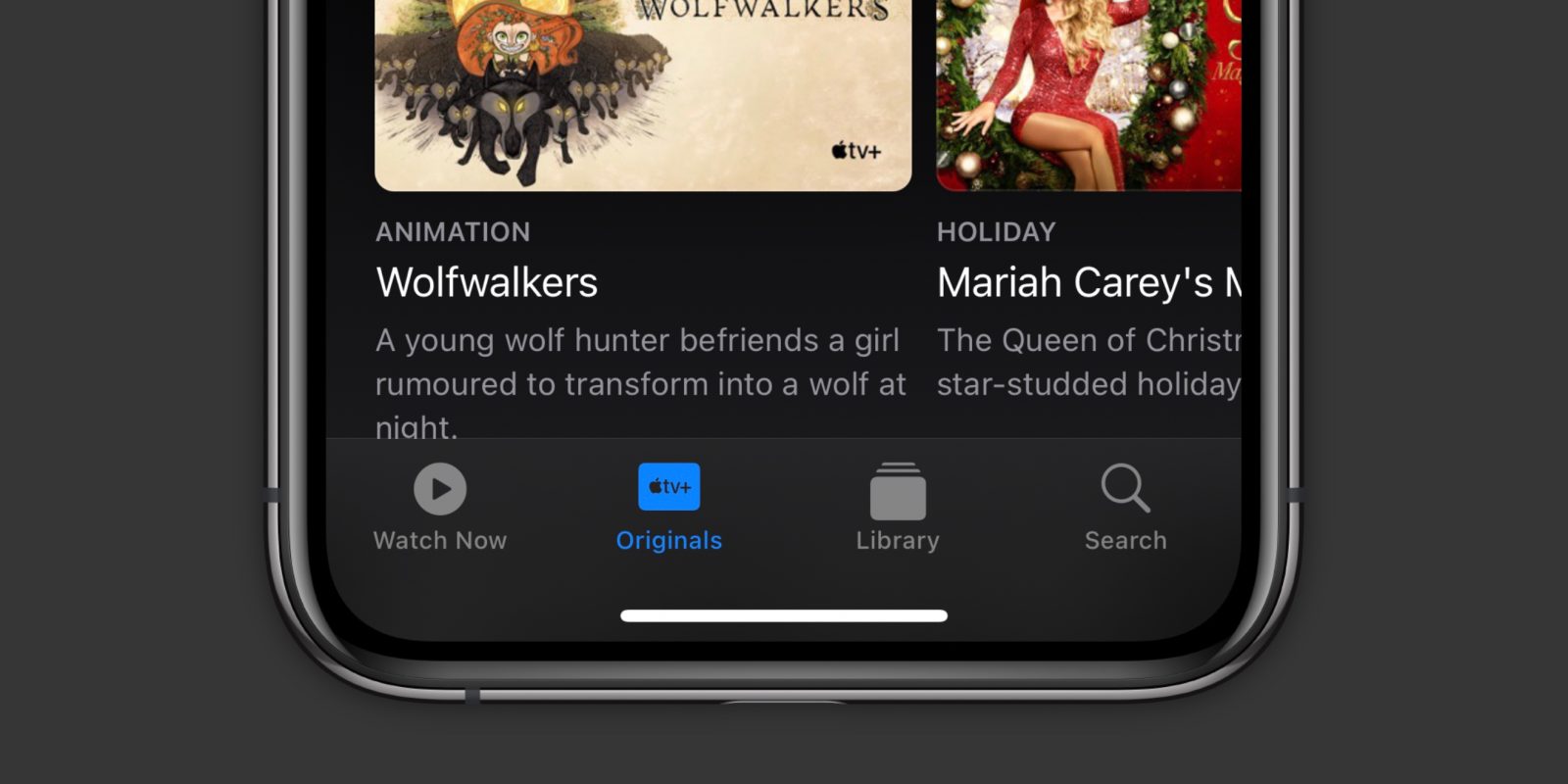 As part of today’s iOS 14.3 update, Apple has rolled out a new tab to the TV app. The Originals tab acts as a top-level navigation to the TV+ channel, which provides access to the Apple Original TV shows and movies.

This TV+ section has existed in the TV app since TV+ launched, but it has always been buried by at least a few screens of scrolling. By making it a tab, it is now much, much easier for TV+ subscribers to enjoy the content they have access to.

Before today, TV+ content was so hard to find in the TV app that a good proportion of Apple customers who redeemed free year trials would simply never work out what content they can actually watch as part of their subscription.

In addition to iPhone, the new tab is available on iPad and Apple TV versions of the TV app. (On the TV versions of the app, the tab is simply labelled using the TV+ logo.) It will also likely appear on the various third-party platforms Apple supports, like Amazon Fire TV and Roku.

Other changes to the TV app in iOS 14.3 include an overhauled search experience, which also now features a dedicated button for TV+ content.

This is rolling out as a server side change, so if you don’t see the new tab immediately — wait a few hours, close the TV app from multitasking, and try launching it again.