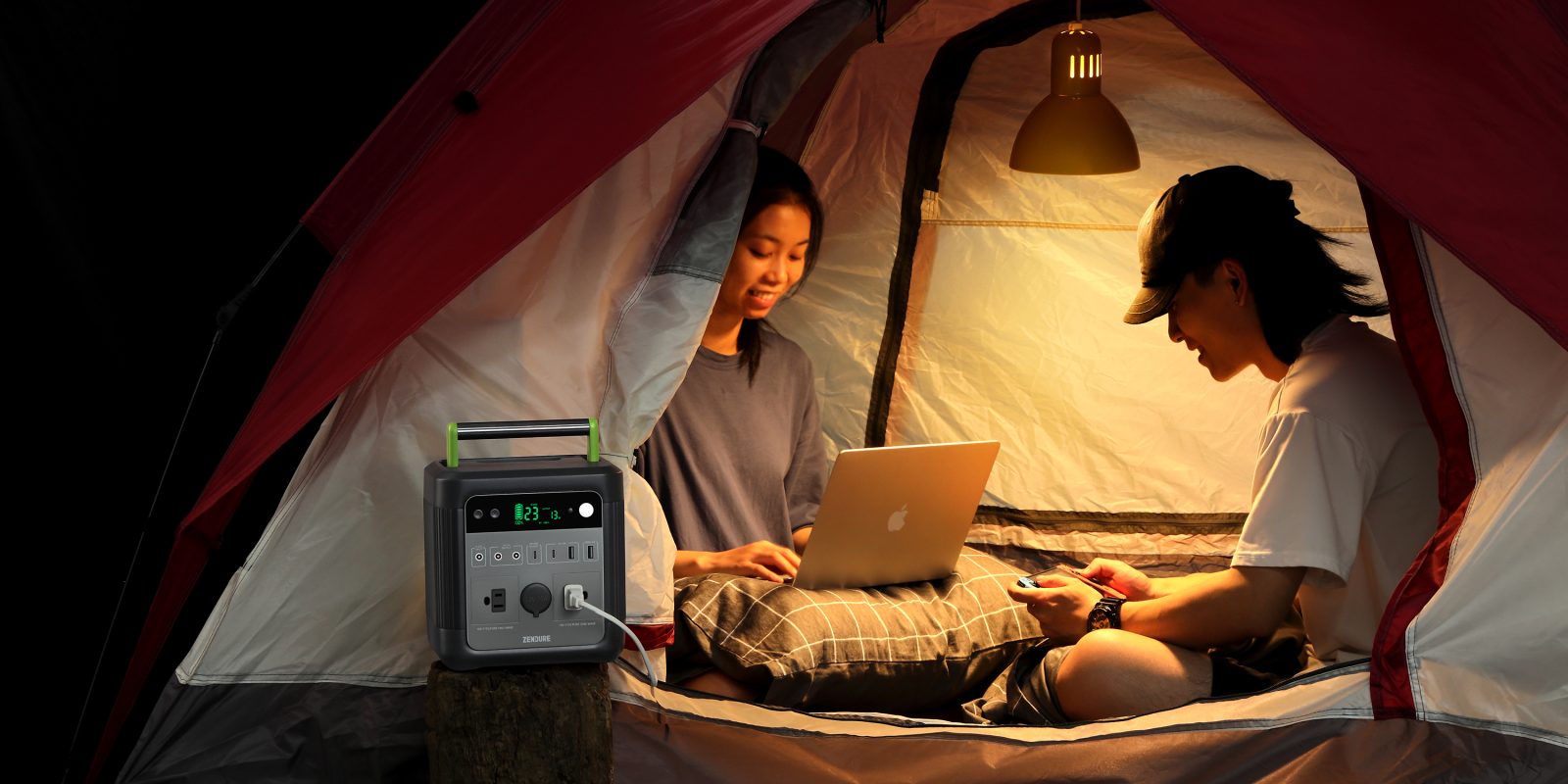 Zendure likes its beefy power banks, like the 100W one I tested back in the summer, but the Zendure SuperBase 500 has got to be the ultimate one. As the name suggests, it offers a huge 500Wh of capacity (518Wh to be precise). It provides both AC and DC power and can cope with up to a massive 600 watts of simultaneous output.

Of course, that kind of capacity requires a huge battery, so this thing isn’t small or light– but it is a fair bit smaller than the competition …

The SuperBase 500 is a ribbed plastic unit in dark gray, with sockets, display, and buttons at the front, and a sturdy metal carrying handle on the top.

The display shows you the percentage charge, the number of watts you are currently drawing, and the remaining battery life at that draw. It also has indicators to tell you which ports are in use. The ports are covered in the next section.

It’s somewhere around the size of a motorcycle or scooter battery, measuring around 8 inches tall by 8 inches wide by 5 inches deep. It weighs in at a hefty 11 pounds. This is definitely not something you’re going to carry casually – or far. At the same time, it’s less than half the size of the well-known Jackery Explorer 500, which has total dimensions of 859 cubic inches against Zendure’s 369.

This type of heavy-duty power bank is really designed to be carried short distances and to be used for things like outdoor photoshoots, or the kind of camping trips involving an off-grid van or tent pitched close to your car.

As mentioned, the total capacity of the unit is 518 Watt-Hours. To put that into perspective, it would recharge a MacBook Air 14 times. But mostly you’d use this when you need a lot of power, either for individual appliances, or to run multiple devices at once – like several MacBooks.

There are two power buttons, one for AC (which also enables the DC ports), the other for DC-only. The reason for two modes is that DC is more efficient, so you’ll only want to use AC mode when needed.

For AC usage, you get two plug sockets, though can of course plug in multiway adapters if desired. You can pull up to 600W in total, which is enough to power really beefy devices like studio lighting and induction cooktops.

On the DC side, you get two 12V sockets, a 12V cigarette lighter socket, two USB-C sockets (one 60W PD, the other a 3A phone one) and two USB-A sockets. Of these, one is a standard 3A phone socket, the other is an 18W one which supports fast charging of most modern smartphones.

If charging on mains power, you can fully charge the SuperBase 500 in less than four hours. Once charged, you are then all set for a long time with most devices!

For example, I powered my 16-inch MacBook Pro for a 10-hour day without any issue at all. My most extreme test was an electric blanket plugged into one of the AC sockets. This drew 150 watts, and ran for three hours and still had 39% battery left at the end of it. That could make for some pretty comfy cold-weather camping!

One thing that does need to be noted: there’s a good-sized fan inside it, and that was pretty loud when powering the blanket. My Apple Watch Noise app measured it at 43dB at one meter, described as somewhere between ‘quiet library sounds’ and a fridge. Personally, I would say it’s much more like a couple of MacBook Pro fans running at full tilt! But powering Macs, iPads, and iPhones, it was extremely quiet.

Other than that, there’s little to say about usage – it works without any fuss.

I’d say the SuperBase 500 would comfortably see you through a weekend of tech-enabled camping, even if you’re powering MacBooks, iPads, iPhones, lights, and recharging a camera and drone. But if you do need to extend your power beyond a couple of nights, there’s an optional 100W foldable solar panel. You just connect a single cable between the panel and the power pack.

Of course, in England, in December, my opportunity to test this was … limited. The best I saw on a halfway sunny day was 14W; on a rainy day, it struggled to provide 1W. But I can believe that you might get a decent way toward the claimed 100W maximum on a clear summer’s day in the US.

Super Early Bird pricing starts at $449. This puts the power bank itself in line with the much larger but identical capacity Jackery Explorer 500, while Zendure’s solar panel option is cheaper. If you need this type of product, the SuperBase 500 is the more attractive option by some margin. You will, however, have to wait until March to take delivery.

Of course, the pricing means it’s not a casual purchase. You’d need a good reason to buy it – though having once lived through a power outage lasting most of a weekend, I would say that it’s a very nice option to have purely as an in-home emergency backup if you can afford to spend that sort of sum on a ‘just in case’ device.

Mostly, though, I see this being bought by photographers and videographers who need to power MacBooks on all-day outdoor shoots, and by ‘glampers’ – those whose idea of camping is a tent pitched close to their car, and with all mod cons.

The SuperBase 500 is available for pre-order from Zendure, with pricing starting from $449. Use discount code SB500 for $50 off.