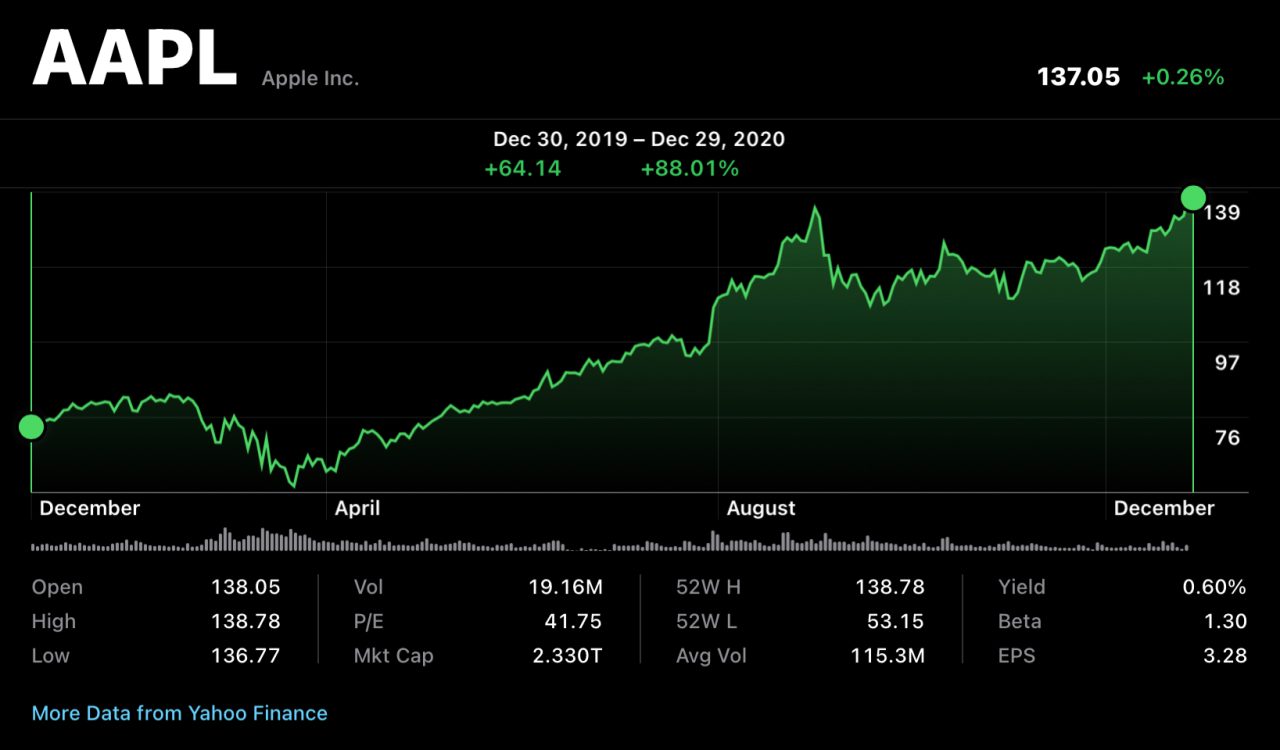 It looks like AAPL could close out 2020 at a record high. Today, Apple’s shares hit an intraday record near $140 putting the stock’s growth at an impressive 88% YoY, with the market cap moving closer to the $3 trillion mark.

Noted by Bloomberg, AAPL shares jumped about 1% this morning to a new intraday high of $138.78. At the time of writing, the stock slid a bit to around the $136 mark.

Apple became the first publicly-traded company to hit the $2T market cap milestone back in August 2020. Now it has jumped to $2.3 trillion just about four months later. Apple has had a strong year during the pandemic with the world relying on technology for work, education, and keeping in touch more than ever before.

After a big year of new product launches including the iPhone 12 lineup, Apple Silicon M1 Macs, AirPods Max, and much more, AAPL also got a boost on the news of the company planning to make an Apple-branded electric vehicle after all. That came from sources close to the matter after quite a bit of silence on the subject. And even the prediction of a delayed launch around 2028 or later for an Apple Car hasn’t slowed down AAPL.

Other new launches at the end of this year that could prove important for services revenue going forward include Apple Fitness+ and the Apple One services bundles.

Notably, with the iPhone 12 series launching later than normal this year, we’ll get our first look at how its sales are doing when Apple announces its holiday quarter performance sometime in early 2021.