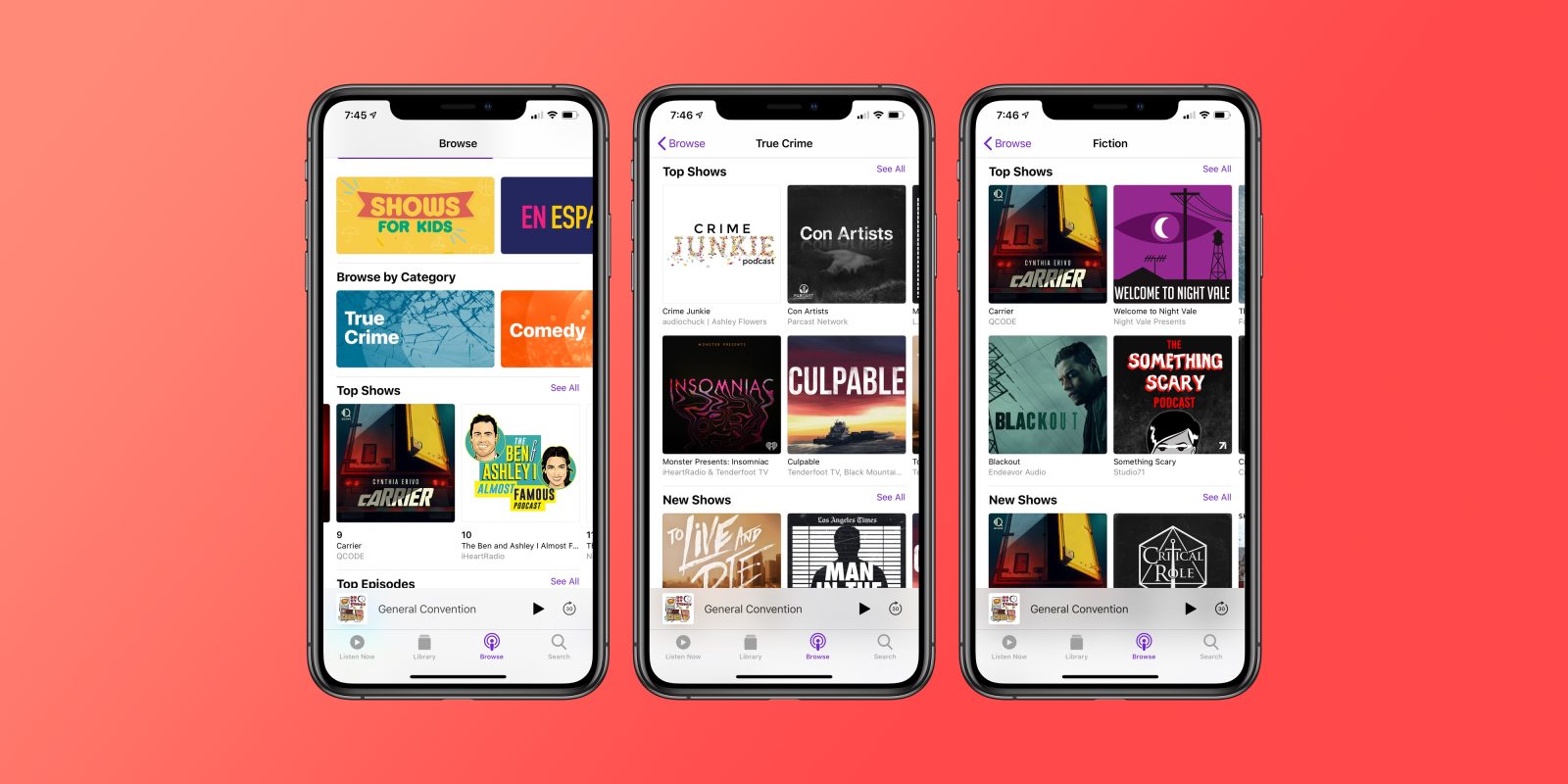 More evidence has emerged of Apple’s plans to launch a podcast subscription service. The Information reports today that Apple is “discussing launching a new subscription service that would charge people to listen to podcasts,” but it’s “unclear when—or whether—Apple will launch the new service.”

Update: Bloomberg has published a new report corroborating that Apple is “working on adding a subscription service to its podcasting business in 2021.”

This isn’t the first time we’ve heard of Apple’s plans to expand its reach in the podcast industry. Bloomberg has previously reported on Apple’s plans to fund original content for Apple Podcasts. Today’s report says that Apple is planning a “podcasting subscription service in threat to Spotify.”

The report doesn’t offer many details on the service, and it cautions that Apple might scrap the plans altogether.

Apple—long considered the sleeping giant in the podcast space—is waking up. The company, which runs the most widely used podcasting app in the industry, is discussing launching a new subscription service that would charge people to listen to podcasts, according to people familiar with the matter.

Talks between Apple and production companies about the new subscription offering are underway, although it’s unclear when—or whether—Apple will launch the new service. People caution that Apple mulls over many ideas for media services and doesn’t always proceed with them.

The Information explains that by “charging for individual podcasts, Apple could potentially offer podcast creators a chance to make more money,” enticing them to choose Apple Podcasts over competing platforms like Spotify.

Past reports have indicated that Apple plans to use original podcasts as a way to complement its TV+ originals. If an Apple Podcasts subscription service does debut, it could easily be bundled with other Apple subscription services through Apple One.