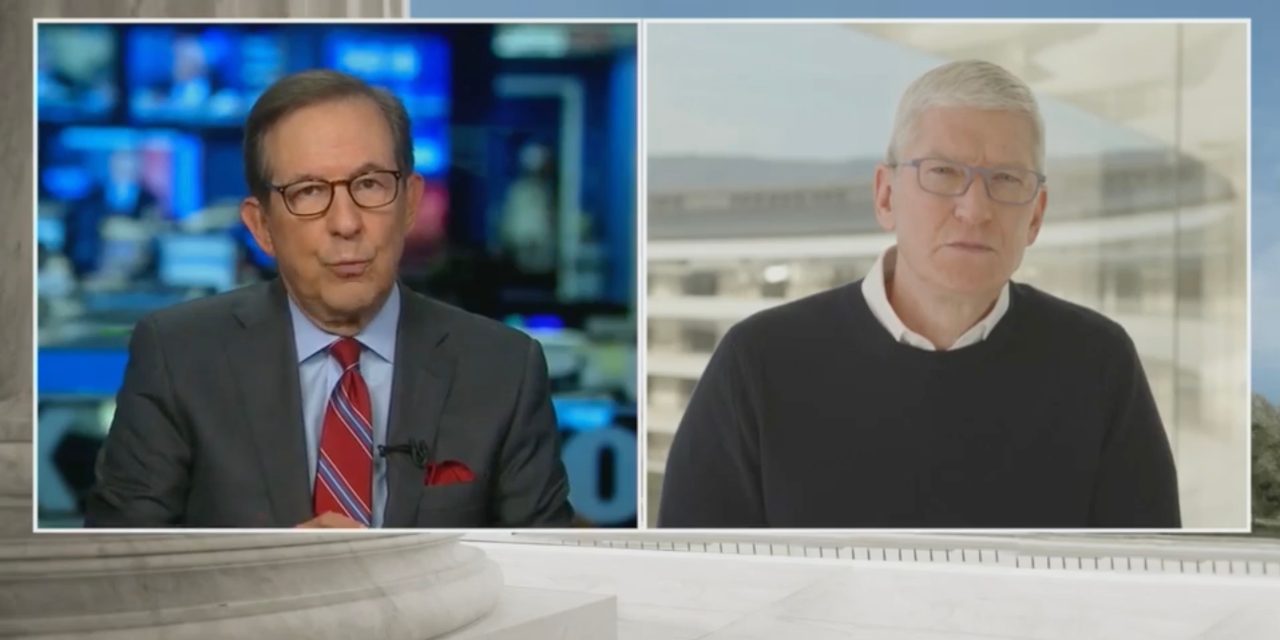 As expected, Apple CEO Tim Cook appeared on Fox News Sunday with Chris Wallace this morning. In the interview, Cook justified Apple’s decision to remove Parler from the App Store, talked about Apple’s new investments in its Racial Equity and Justice Initiative, and more.

When asked by Wallace about the motivation behind Apple’s newest Racial Equity and Justice Initiative announcements, Cook explained:

So, what this initiative is about is, about opportunity and about giving communities of color opportunity, and we could not be more excited about its potential. Last year with the murder of George Floyd, it brought an urgency to this. And so we are thrilled to be able to sort of do our part here and we hope that more people will follow.

We hope to make the Propel Center an innovation hub that serves all of the HBCUs, but becomes a source of information and a source of inspiration for the entire footprint of HBCUs.

The Apple CEO also touched on what he witnessed growing up in Alabama, and how that affects things today and the new REJI projects.

I remember periods of time, Chris, where, whether you were in high school or college or beyond, where you look around and there are only white people around in, in, in whether it’s a college or a university or a graduate school or something. It doesn’t feel right. And so, and so you ask, why is this? And I think it’s the absence of opportunity. It goes back to that. And so what we’re trying to do with this program is give people the opportunity.

Cook also justified Apple’s definition to suspend Parler from the App Store, which we first covered earlier this week when the Fox News interview was announced.

Wallace also asked Cook about what it was like taking over from Steve Jobs back in 2011 and what he’s “proudest of” over the last decade.

My focus then was on mourning, was on mourning and leading the company through a very, very hard period of time. And so I wasn’t really thinking about how daunting it was.

I’m proudest that we have kept his DNA as the core of the company. And that the company has stayed focused on innovation and making really great products that empower people and enrich their lives.

I love every day here. It’s a privilege of a lifetime to work with the people I get to work with. It’s hard for me to envision my life without Apple. What’s next for Apple? We’re going to continue making the best products in the world. Not the most, but the best.

Wallace followed up with a question about Apple Car, which Cook gracefully dodged:

Wallace: Does that include an Apple car?

Cook: Well, I can’t comment on rumors and so forth.

Wallace: Well, you can. You may choose not to, but you certainly — you’re the boss

Cook: You’re right. I choose not to. Touché.

Looking to the future, Cook said that Apple wants to use its platform to “help solve some of the country’s biggest issues,” without elaborating. “We always have seen a company as having a bigger role than merely making money but really, also making a difference,” he explained. “And that’s what drives me and gets me up in the morning and gets me to keep coming to work.”

You can watch the full interview embedded below or by heading to the Fox News Sunday website.