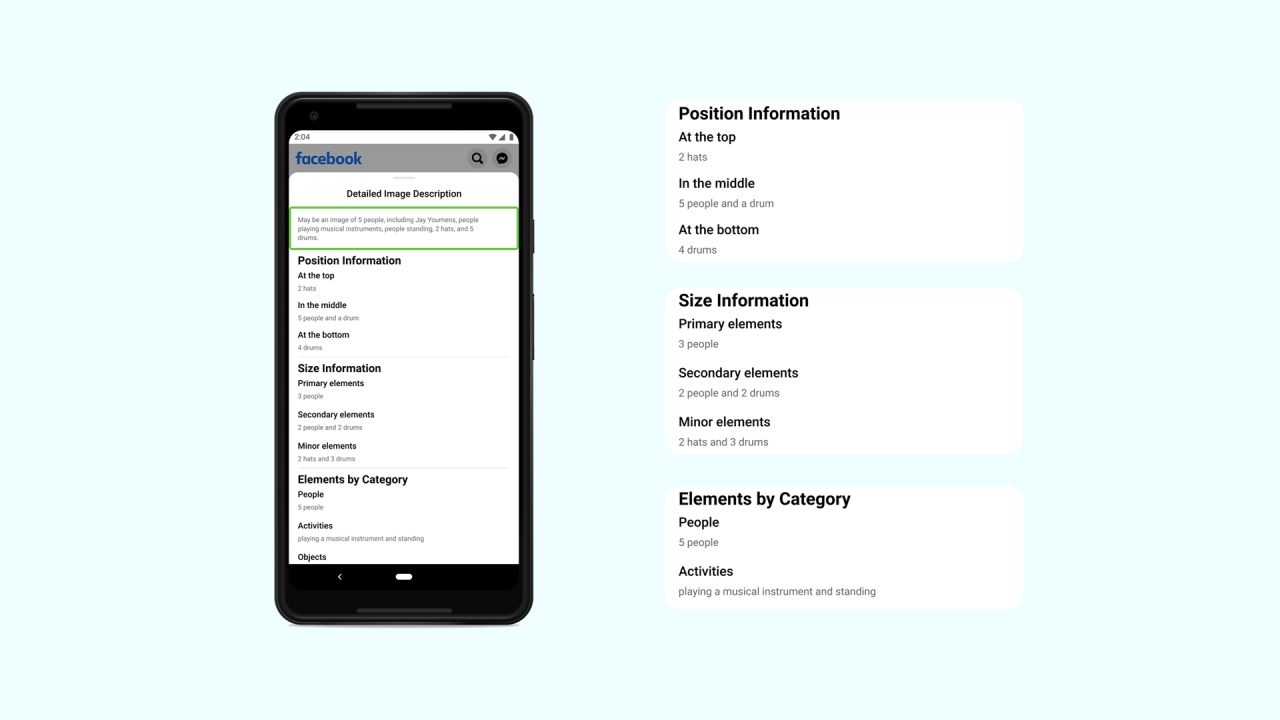 Facebook today announced a major update to its Automatic Alt Text (AAT) system, which automatically generates photo descriptions for people with visual impairments. Based on AI, the system can now recognize 10 times more objects and scenes in photos shared on Facebook and also Instagram, providing detailed descriptions for screen readers like Apple’s VoiceOver.

According to Facebook, the artificial intelligence technology developed by the company can now identify activities, landmarks, types of animals, and various other details in the photos. This will make it easier for blind or visually impaired people to understand the context of a photo shared on social networks.

Or, instead of simply describing a lovely landscape with “May be a house and a mountain,” we can highlight that the mountain is the primary object in a scene based on how large it appears in comparison with the house at its base.

Taken together, these advancements help users who are blind or visually impaired better understand what’s in photos posted by their family and friends — and in their own photos — by providing more (and more detailed) information.

To access the detailed photo descriptions on iOS, users must use the new custom actions through VoiceOver. On Android, you just have to long-press the image. The update is still being rolled out for users.