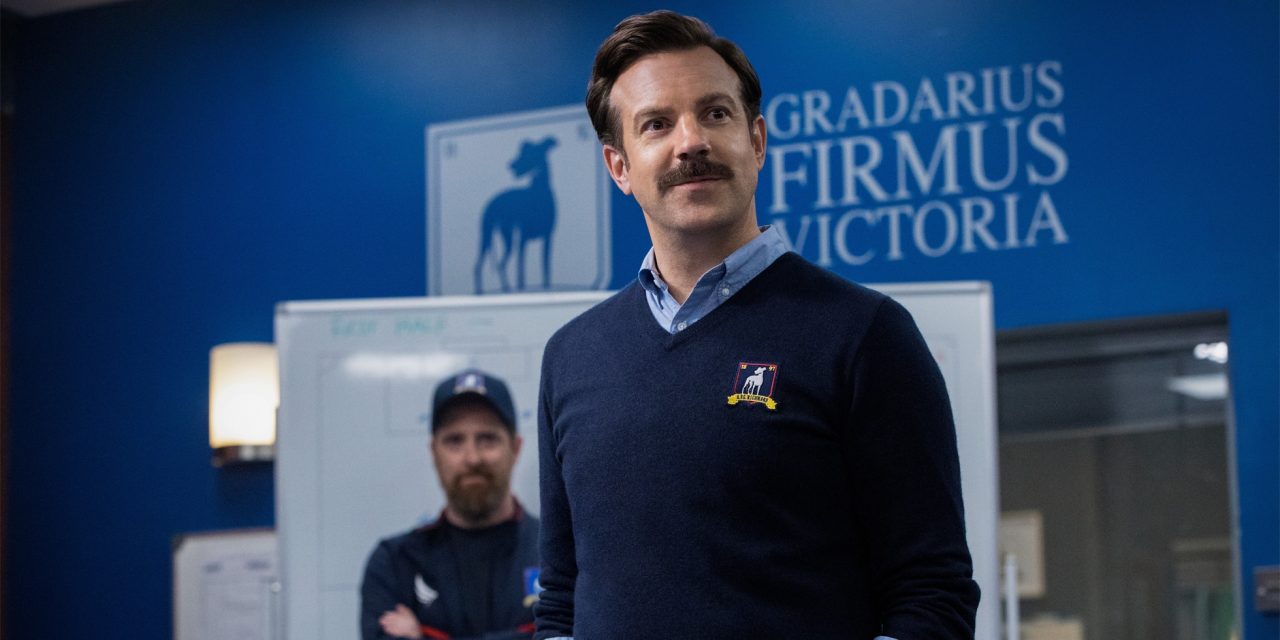 Apple’s debut year of original video content has generally been well received, but the optimistic comedy series Ted Lasso is the clear frontrunner. The show continues to pick up awards recognition for Apple TV+.

Last night, Ted Lasso was awarded Best New Series and Best Comedy Series from the Writes Guild of America. The show was up for three awards and scooped the wins in the biggest categories.

The WGA wins joins Jason Sudeikis’ award for Best Comedy Actor at the Golden Globes, three Critics Choice awards, and more. The show is also nominated multiple times by the Screen Actors Guild (which takes places on April 5) and is widely expected to pick up some prestigious Emmy nominations when that begins later in the year.

In addition to critical recognition, Ted Lasso has also been a hit with audiences. Whilst Apple does not release viewing numbers, the show was very quickly renewed for second and third seasons after its debut last August. A statement from Apple PR at the time said that Ted Lasso charted as the number one comedy title in 50 countries in the TV app.

Production on season two is currently in progress. Season two of Ted Lasso is expected to air approximately one year after the launch of season one, in the July/August/September 2021 timeframe.