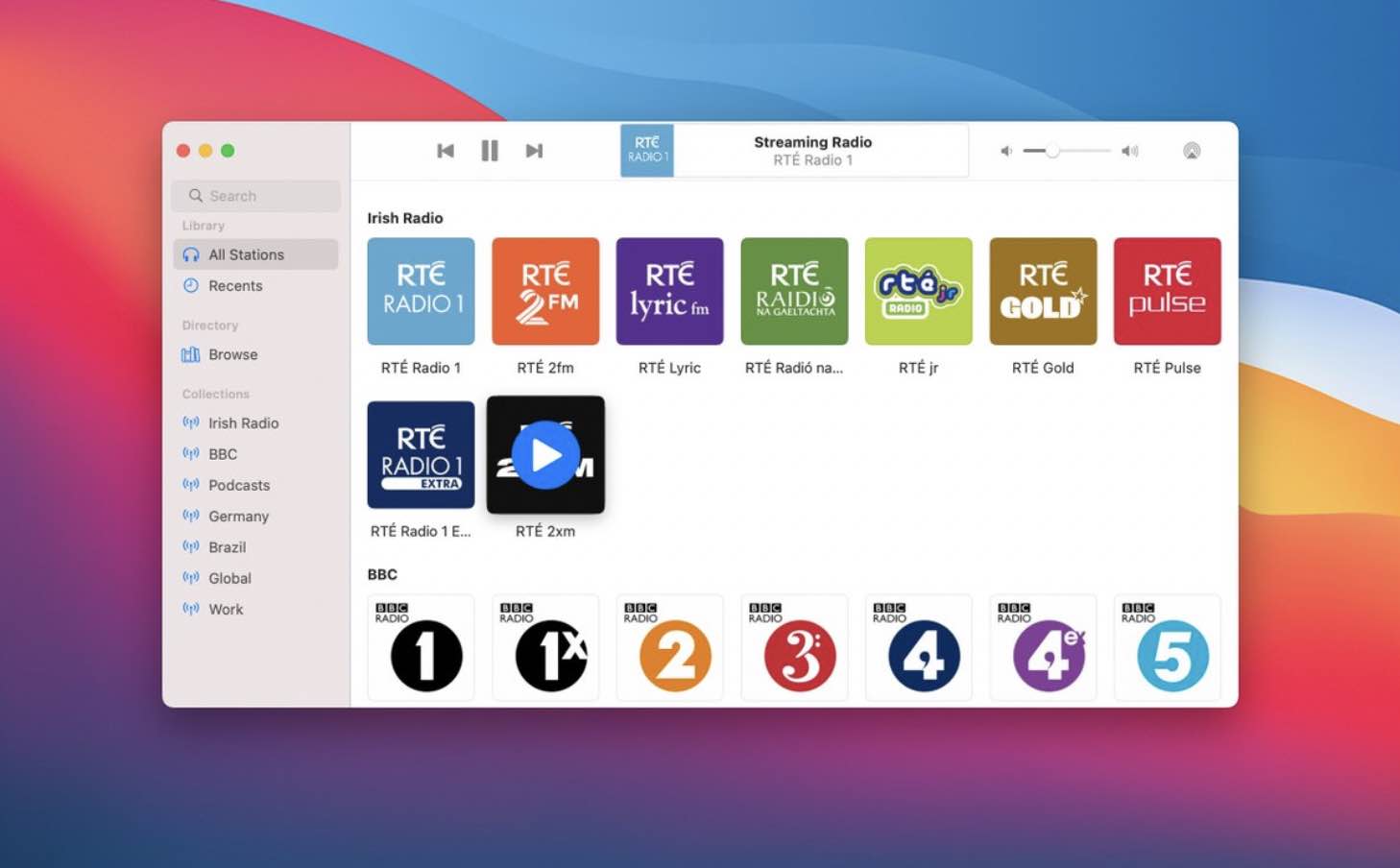 Broadcasts from Steve Troughton-Smith has received a sharp update that brings a macOS Big Sur redesign, support for M1 Macs, a sleep timer, AirPlay picker, and more to the universal streaming radio app.

The Broadcasts app for Mac, iPhone, iPad, Apple Watch, and Apple TV launched last spring as a slick and simple way to listen to streaming radio. Now with version 2, Broadcasts for Mac has received a Big Sur UI overhaul and M1 Mac support along with other highly requested features like a sleep timer, AirPlay picker, sharp non-Retina rendering, and updates for the 10+ languages supported.

Other changes see Broadcasts continue playing even when the main window is closed and less-intrusive error alerts.

Broadcasts is a free download to try out with the included Irish Radio stations and a $4.99 in-app purchase to unlock the full app (on all your devices) and add your own stations.

Many thanks to the amazing folks contributing to the community translations for Broadcasts; if you’d like to improve Broadcasts support for your language, join in at https://github.com/steventroughtonsmith/broadcasts-localization