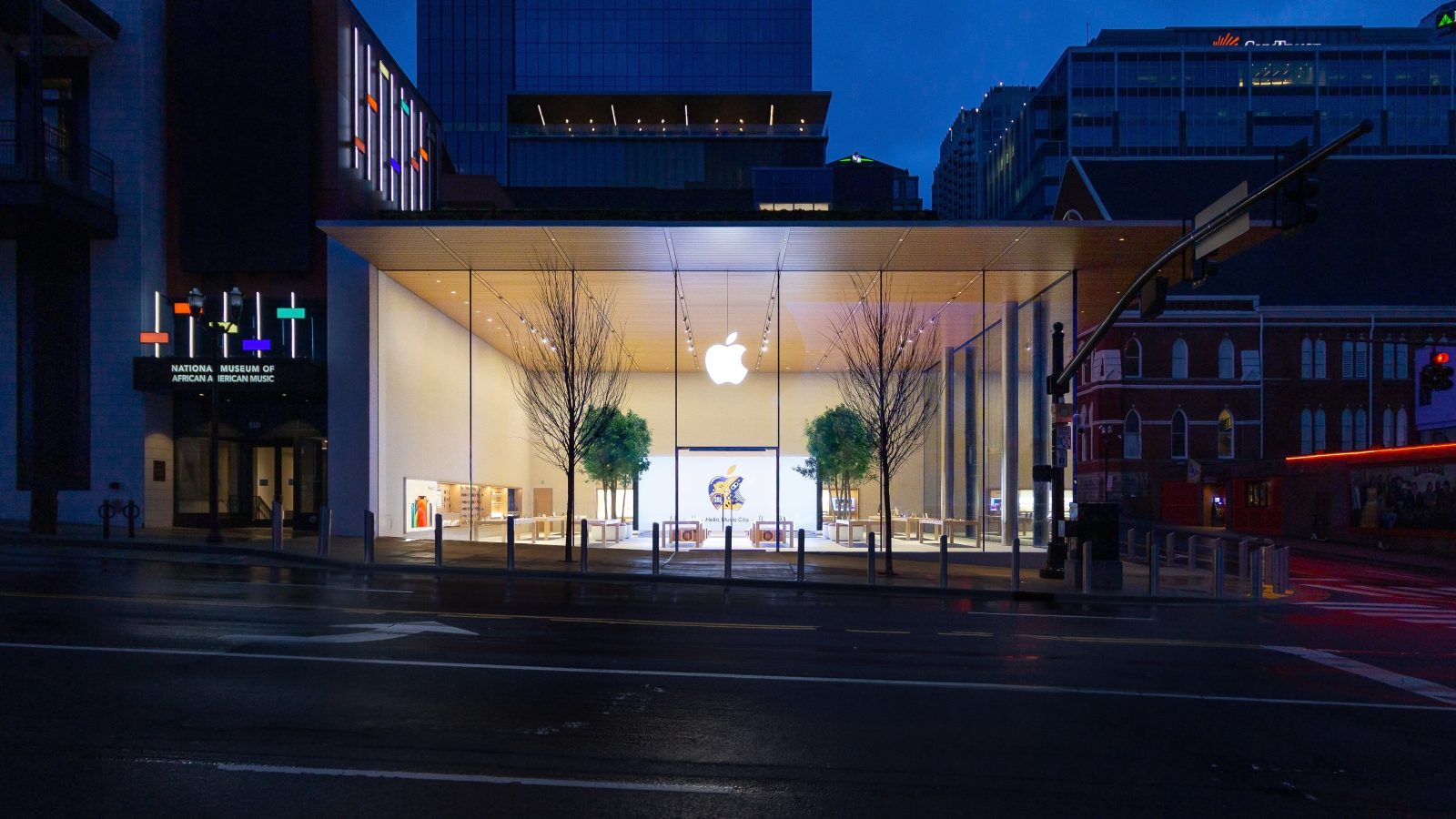 In the heart of Music City, the rhythm never stops. Singing and spirited nightlife are the drumbeat to a melody of visitors, residents, and artists sharing their love of music.

At the intersection of Broadway and Rep. John Lewis Way, downtown comes to life. A crowning retail and dining development, Fifth + Broadway, brings new energy to the city. The Bridgestone Arena draws fans from across the globe. Honky-Tonks keep the the music flowing all night long.

Starting today, one corner of Broadway will shine a bit brighter with the addition of Apple. A soaring new store opened today for visitors to explore.

🎵 Listen to the sounds of Downtown Nashville at night.

Starting in June, Apple and The National Museum of African American Music will collaborate on Today at Apple creative sessions celebrating Black Music Month. Nashville is also home to the studios of Apple Music Country, opening a door to unique performances by guest artists when in-store events return.

🎵 Listen to the sounds of Downtown Nashville during the day.

In the words of the Apple community in Nashville:

Apple Downtown Nashville creates a true stage for Lower Broadway with a granite base and limestone walls stretching to meet an acoustic wood ceiling. The store’s Forum, where Today at Apple sessions will be held, has a freestanding Video Wall facing Broadway and two rows of trees in planters with integrated seating.

Corner windows that stretch 30 feet from floor to ceiling offer unobstructed views of downtown and dissolve the corner of the block, opening a line of sight from the Bridgestone Arena to the Ryman Auditorium.

Behind the mirror-polished Video Wall are tables for Genius Support in a quieter setting. Around the perimeter of the store are Avenue display fixtures, including the latest bays spotlighting Apple Music and HomePod mini.

If you’d like to visit Apple Downtown Nashville, reserve an appointment to Shop with a Specialist for the best experience. Keep in mind that Apple’s health and safety guidelines are strictly enforced, including a mask requirement and limited store occupancy.