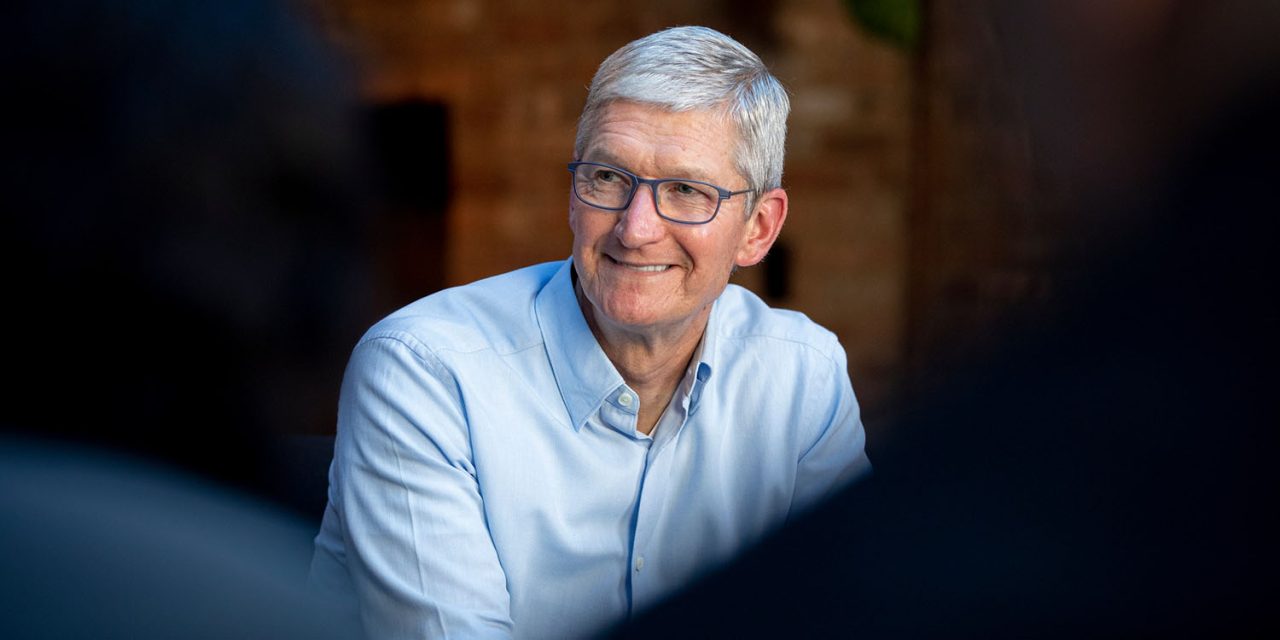 Tim Cook was interviewed today on journalist Kara Swisher’s Sway podcast. Apple’s CEO talked about his admiration for Tesla and its lead in electric vehicles and noted that he “probably” won’t be at Apple in 10 years’ time. Another thing Cook talked about was AR and its role in Apple’s future.

“In terms of AR, the promise of AR is that you and I are having a great conversation right now. Arguably, it could even be better if we were able to augment our discussion with charts or other things to appear. Your audience would also benefit from this, too, I think. And so when I think about that in different fields, whether it’s health, whether it’s education, whether it’s gaming, whether it’s retail, I’m already seeing AR take off in some of these areas.

Although Cook doesn’t talk about future products, he has been mentioning AR quite often in public appearances. Swisher asked about the “glow and behold” quote on WWDC 2021’s invitation, but Tim Cook wouldn’t elaborate on whether that had any underlying meaning.

Asked about the rumored mixed reality headset, Apple’s CEO gave the PR answer that he doesn’t talk about future products, but it’s important to note this:

“I think the [AR] promise is even greater in the future. So it’s a critically important part of Apple’s future.”

If AR is Apple’s next bet, here’s what we know so far: Apple’s mixed-reality headset could feature 15 camera modules and “innovative biometrics,” according to Apple’s analyst Ming-Chi Kuo. In his previous report, Kuo said “Apple will release a new ‘helmet type’ headset with Micro-OLED displays and augmented and virtual reality capabilities in 2022.”

He also mentioned that “Apple is still working on new AR glasses, but these are unlikely to be introduced before 2025.”

In his newsletter, Bloomberg‘s Mark Gurman said he expects Apple to launch AR glasses in the next “‘several months,” but no in-person event has been announced just yet.

What’s for sure is that Tim Cook still has some years ahead at Apple, and there are major projects still on the way. You can listen to the full interview here.