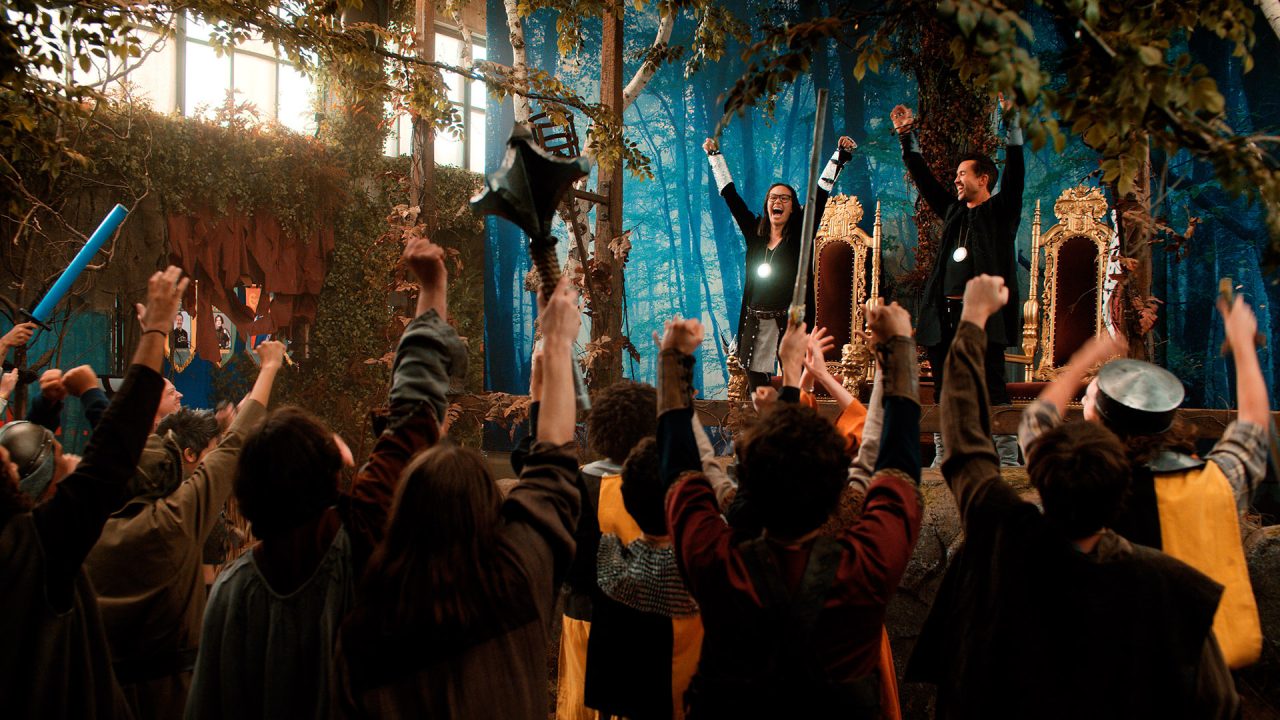 Fans of Mythic Quest: Raven’s Banquet will appreciate knowing that the Apple Original will receive a post-pandemic bonus episode ahead of the season 2 premiere. This comes after the popular “Quarantine” episode from a year ago…

As reported by Deadline, Apple TV+ is preparing a bonus episode of Mythic Quest. The “Everlight” episode is launching April 16 on the streaming platform, following the special “Mythic Quest: Quarantine” episode of last year.

This episode will se the Mythic Quest crew returning to office following the coronavirus pandemic for their annual Everlight party.

“‘Everlight’ is a special episode that addresses the practical and emotional difficulties of returning to normalcy,” said McElhenney. “It’s full of hope and joy and optimism for a bright future. Ahead of our upcoming second season, we felt it was the perfect way (and the perfect time) to invite the audience back into the world of ‘Mythic Quest.’”

The show is already set to return for its second season on May 7. After the success of Raven’s Banquet expansion, the studio is planning another big one. Here’s what to expect from season two:

With the quarantine finally over, season two of “Mythic Quest” finds everyone back in the office (well, almost everyone), attempting to build upon the success of Raven’s Banquet by launching an epic new expansion, but Ian (Rob McElhenney) and the newly promoted co-creative director, Poppy (Charlotte Nicdao), struggle with the game’s direction. Meanwhile, C.W. (F. Murray Abraham) reconciles some unresolved issues from his past, the testers (Ashly Burch and Imani Hakim) test the bounds of an office romance, and David (David Hornsby) loses yet another woman in his life as Jo (Jessie Ennis) leaves him to assist Brad (Danny Pudi).

You can also watch Mythic Quest season 2 official teaser below: