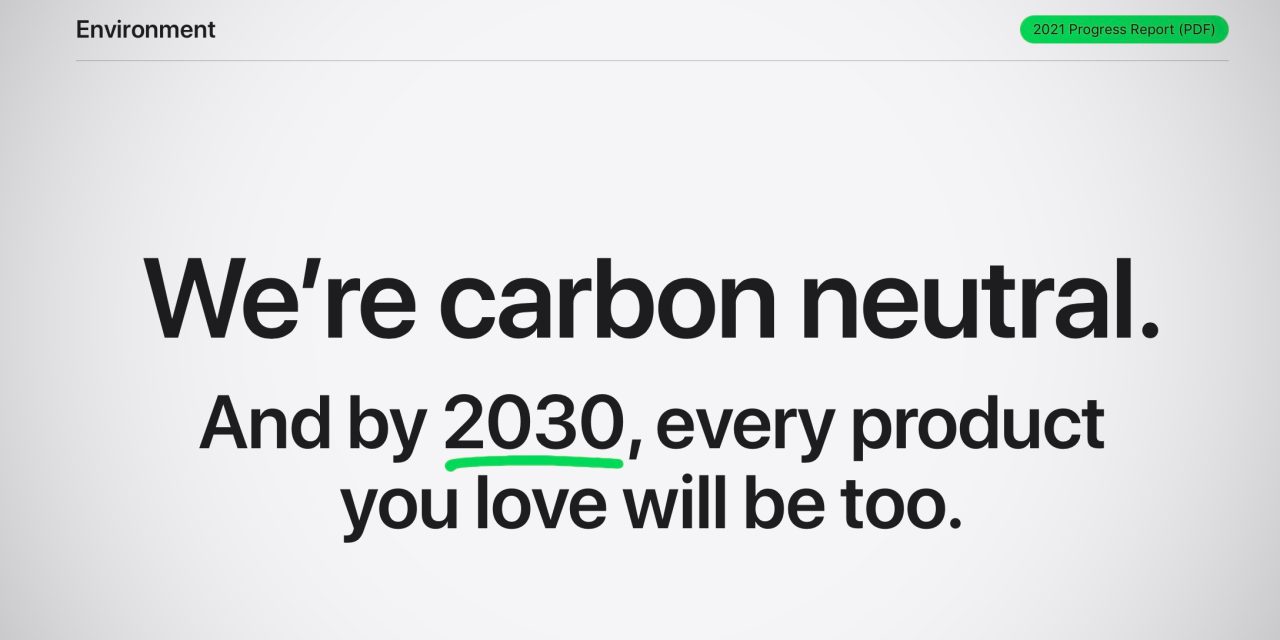 Apple today released its Environmental Progress Report for 2021 with a central focus on its previously-announced goals to reach net carbon neutrality for all of its supply chain and products by 2030. Apple’s own operations have been carbon neutral since April 2020 (h/t setteBIT).

The 2021 report reviews the significant steps towards lowering environmental impacts of its products over the last year, and projects Apple’s progress towards net zero emissions from now until 2030.

Achieving overall carbon neutrality by 2030 involves Apple designing products using more recycled materials. It also means making them ever more power efficient, as Apple aims to account for the amount of carbon these devices draw over their lifetime as well as what it takes to manufacture them.

An example of energy efficiency is the M1 chip in the fall 2020 lineup of Apple Silicon Macs. Apple says the low power-per-watt needs of the M1 chip have reduced the overall carbon footprint of the Mac mini by 34 percent.

One of the more controversial environmental steps Apple took last year was the removal of the bundled power adapter and headphones from the iPhone box. Apple says this measure will save 861,000 metric tons of copper, tin and zinc from being mined from the earth. By not including these accessories, Apple also reduced the size of the iPhone’s packaging. This meant they could fit 70% more phones in every shipping pallet, reducing carbon footprint of device transportation.

As far as the supply chain is concerned, Apple has now signed up more than 110 manufacturing partners to commit to transitioning to 100% renewable energy production by 2030.