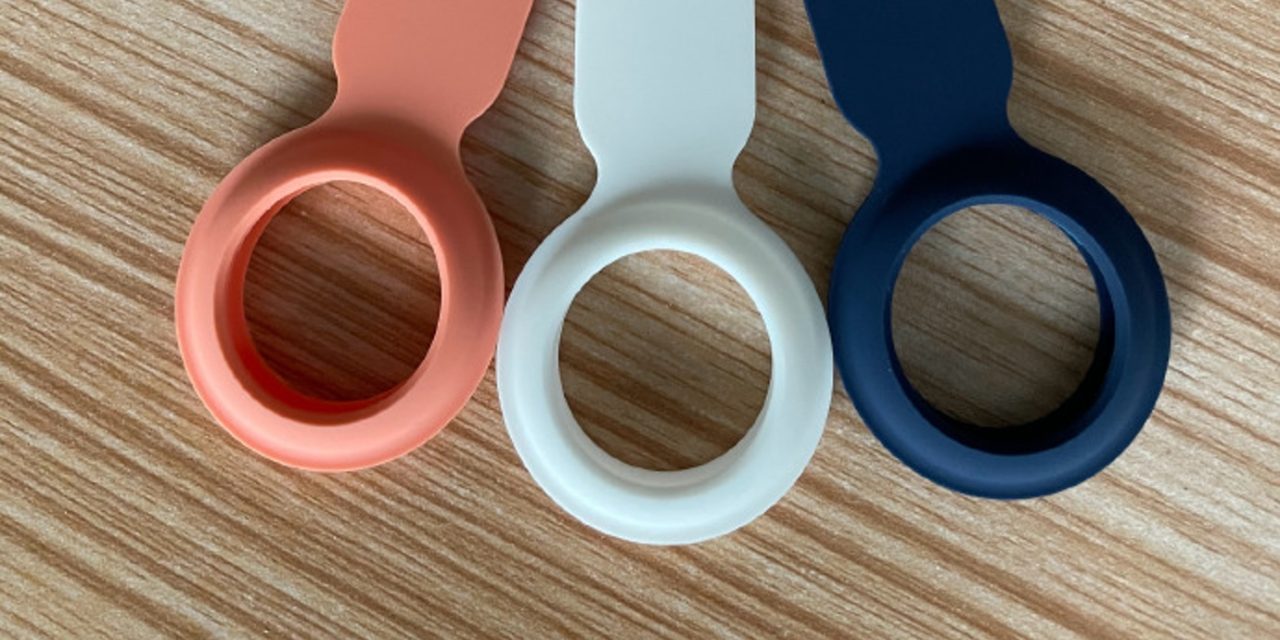 After more than two years of rumors, many believe that today is the day that Apple’s AirTags — a competitor to Tile trackers — will be unveiled for real. In support of that hype, even more accessories of AirTags have surfaced in photos. That being said, various accessories for AirTags have been prevalent on Amazon and eBay for a while.

As shared by known leaker UnclePan on Weibo, this particular AirTags accessory looks like a luggage tag made of the same kind of rubber as Apple’s watch bands. The AirTag itself would slot inside the circular area.

These pictured holders are understood to be made by third-party manufacturers and not official Apple accessories. A report from Bloomberg last year said Apple was developing its own AirTags accessories including a leather sleeve and a keychain attachment.

AirTags are designed to be attached to user’s valuable items, like a keychain. They feature Bluetooth and Ultra-Wide band radios and participate in the Find My network. The AirTag broadcasts its unique ID out into the ether, which can be picked up by any nearby iOS device or Mac. Their location will then appear in the Find My app for the actual owner of the tags. AirTags will also feature a small beeper so they can be heard when nearby.

That behavior mostly matches what other Bluetooth trackers offer. However, AirTags go further thanks to the inclusion of the Ultra-Wide band chip. The UWB chip will enable precise positioning of a location indicator when within about 20 meters of the unit’s location. Code leaks indicate there will be an AR experience in the Find My app, allowing a user to hold up their iPhone and see an arrow pointing directly where the object is placed in augmented reality.

Apple’s Spring Forward event is Apple’s first product and media event of the year. In addition to AirTags, Apple is expected to announce a new lineup of iPad Pros, featuring a faster A14X chip and a new mini-LED display technology. Redesigned iMacs and a podcast subscription service are also rumored.

We’ll be bringing full coverage of Apple’s April event when it kicks off later today at 10 a.m. PT. Stay tuned to 9to5Mac for all the announcements.