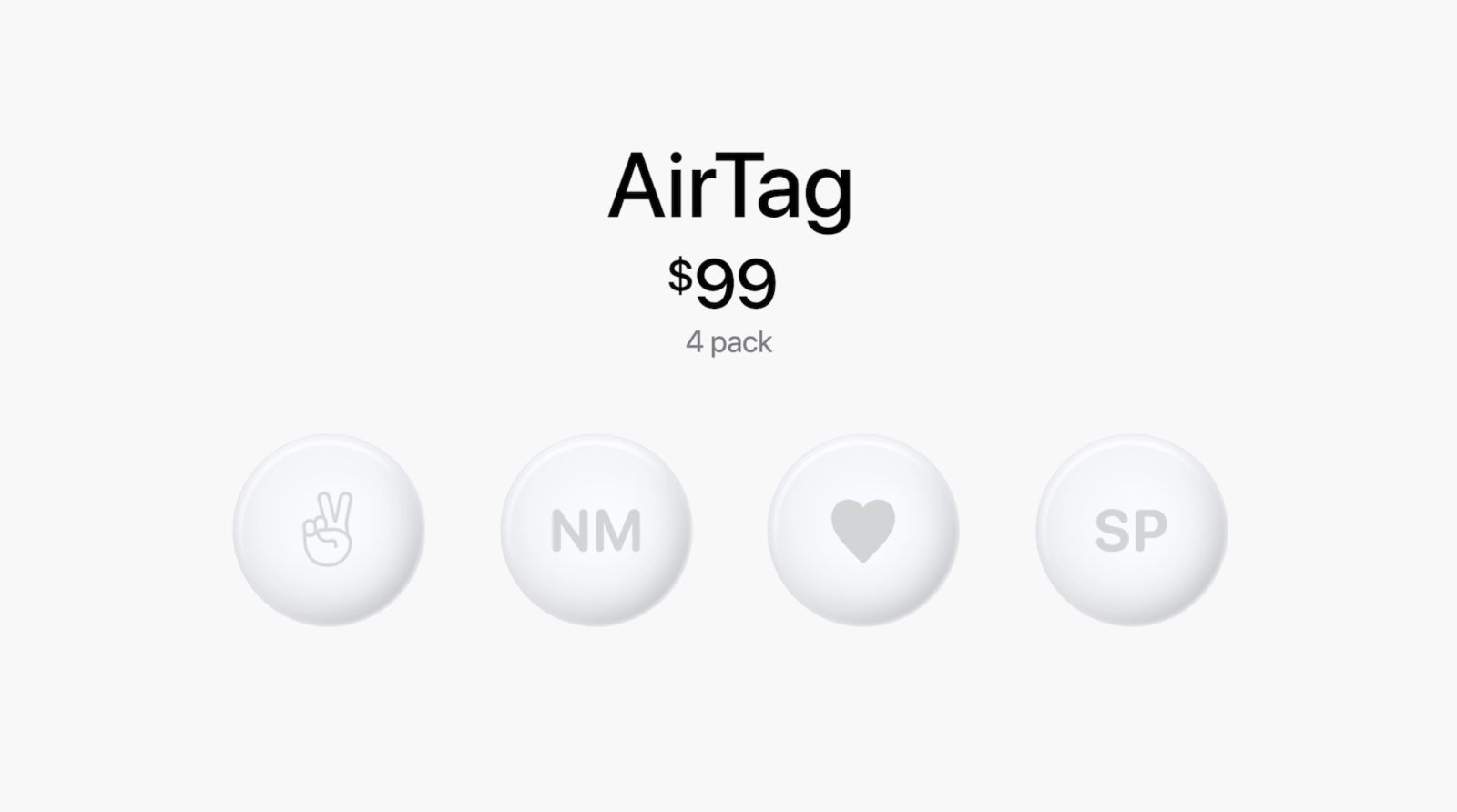 Apple’s long-rumored AirTag item tracker has officially been announced, and it will be available for order starting on Friday. Apple revealed AirTags during its Spring Loaded event, and we’ve learned a few more details about the item trackers since then…

Apple touts that AirTags have a “lightweight design,” and there are two key factors to this: water-resistance and a user-replaceable battery. Apple says AirTags are rated for IP67 water and dust resistance:

AirTag is splash-, water-, and dust-resistant and was tested under controlled laboratory conditions with a rating of IP67 under IEC standard 60529 (maximum depth of 1 meter up to 30 minutes). Splash, water, and dust resistance are not permanent conditions and resistance might decrease as a result of normal wear.

Apple also says that AirTag offers “over a year’s worth of battery life with everyday use,” and features a removable cover that makes it easy for users to replace the battery. The battery inside is a CR2032, which is a standard coin cell battery.

AirTag is also designed with a handful of privacy features in mind. One of the most notable things here are “proactive features” that are there to “discourage unwanted tracking.” Apple explains:

Each AirTag is equipped with the Apple-designed U1 chip using Ultra Wideband technology, enabling Precision Finding for iPhone 11 and iPhone 12 users. This advanced technology can more accurately determine the distance and direction to a lost AirTag when it is in range. As a user moves, Precision Finding fuses input from the camera, ARKit, accelerometer, and gyroscope, and then will guide them to AirTag using a combination of sound, haptics, and visual feedback.

Apple also says that AirTag is designed to integrate into iOS accessibility features:

AirTag includes support for the accessibility features built into iOS. Precision Finding using VoiceOver, for example, can direct users who are blind or low-vision to AirTag with directions like “AirTag is 9 feet away on your left.”

You can buy a singular AirTag for $29 or a pack of four for $99. Pre-orders begin this Friday, April 23, at 8 a.m. ET/5 a.m. PT. You can personalize AirTags with engravings and emoji as well. The first orders will arrive on April 30.