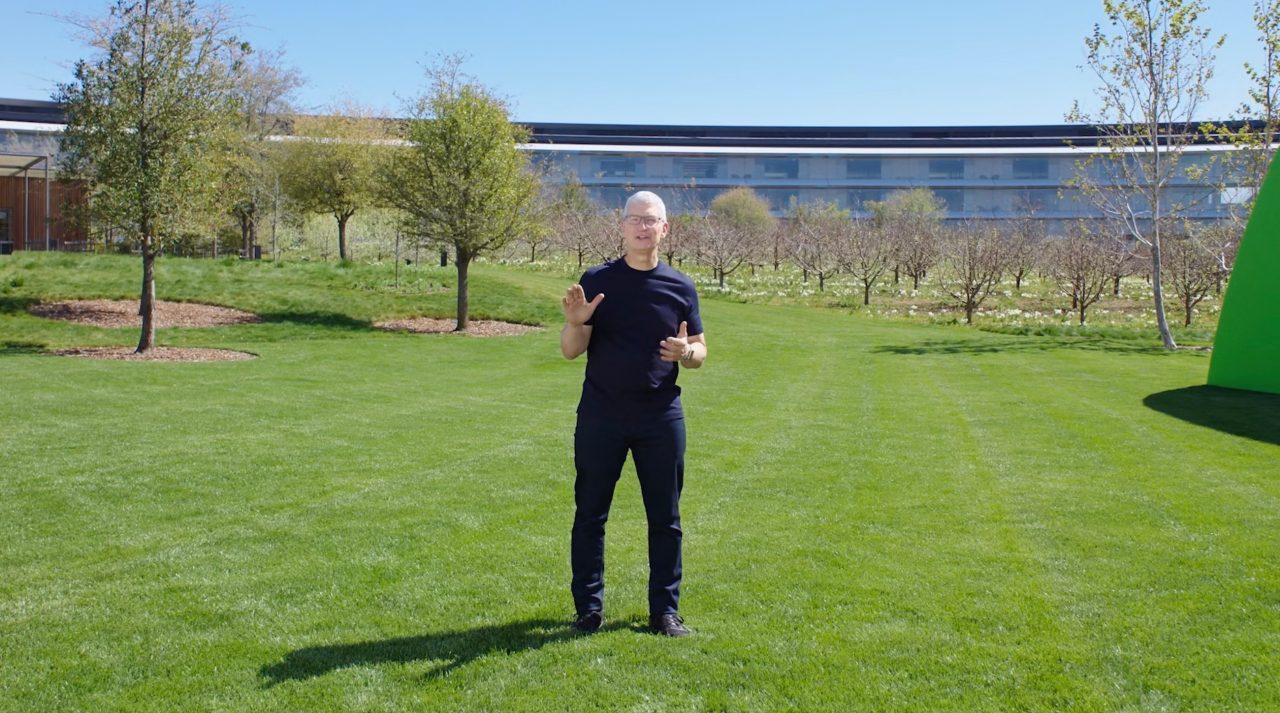 The one-hour Apple ‘Spring Loaded’ event included a bunch of new hardware and features. While a new iPad Pro, redesigned iMac, Podcast subscription feature, and a new Apple TV were unveiled, there are things that Apple is rumored to be working on but didn’t announce. Read on as we round up what Apple didn’t announce…

The rumored AirPods 3 were not announced this week by Apple. Reliable analyst Ming-Chi Kuo has reported that the new AirPods will feature a new form factor and design “similar to AirPods Pro.” Recently, Kuo said he didn’t expect AirPods 3 to launch until Q3.

Apple is likely to release new iPhone models in September, and it would make sense for the company to also release new AirPods around that same time. This would also ensure AirPods 3 are readily available in time for the holiday shopping season.

While the company announced a redesign 24-inch iMac, it is also expected to launch the redesigned 14-inch MacBook Pro as well as a 16-inch model sometime this year. Alongside the new Apple Silicon chip, the company could use mini-LED display technology instead of the current high-resolution LED-backlit LCD display with IPS.

Apple is expected to give pro users what they’ve been asking for since the 2016 MacBook Pro: more ports. The redesigned MacBook Pro is currently expected to retain USB-C ports for Thunderbolt 3, but revive MagSafe charging, HDMI, and a built-in SD card reader.

With the 24-inch iMac unveiled, the next one is probably going to be a redesigned version of the 27-inch iMac. This model will probably focus on the hardcore users, with an M1 chip successor and more upgrade options.

Different from the colored 24-inch iMac, the 27-inch could receive a redesign with a 32-inch panel, nano-texture glass option, and perhaps space gray color shade. Apple has said the Apple Silicon transition will take two years, so we expect the larger iMac to come later this year or in early 2022.

Don’t get me wrong. Apple did announce a new iPad Pro, but rumors suggested this was going to be an iPad event. The company didn’t unveil a new iPad mini or even a new base model iPad. While there are just very few rumors about them, the iPad mini could receive a redesign with an 8.4-inch display and both iPads could receive the A14 chip.

A new Apple Pencil was also rumored to be unveiled at the “Spring Loaded” event. Since the new 12.9-inch iPad Pro got a new mini-LED display, the company could have taken advantage of the technology to announce a new Pencil, but that didn’t occur.

Recently, some allegedly leaked images surfaced on the web with the third-generation Apple Pencil. Now that the iPad Pro has been introduced, this leaked Apple Pencil could be coming later this year.