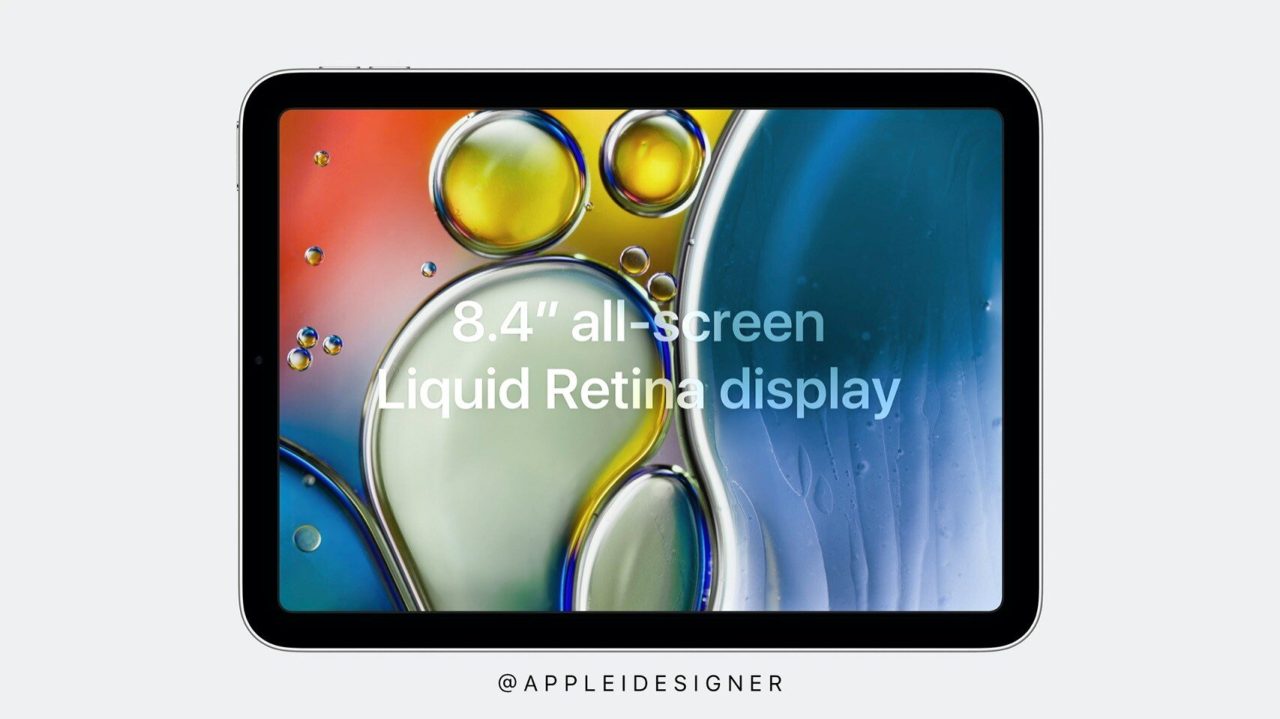 Rumors have been swirling around for months about a redesigned iPad mini with thinner bezels and a design inspired by the iPad Pro. Concept artist Michael Ma, otherwise known as Apple iDesigner, has created some beautiful renderings of what this product might look like.

The concept imagines an iPad mini that looks like a smaller iPad Air, available in the same five colors and with slightly thicker bezels than the iPad Pro. With flat edges, this iPad mini would be able to accommodate a magnetic Apple Pencil, although Ma depicts it attaching to the left side of the iPad rather than the right.

The iPad mini isn’t that much larger than the iPhone 12 Pro Max, so increasing the display size substantially makes a lot of sense. Ma’s concept appears to depict what it would look like if they maintained a footprint similar to that of the current mini but with a display that spreads across the entire surface not just side to side.

Like iPad Air, this conceptual iPad mini has Touch ID built into the power button rather than Face ID. The display comes out to be 8.4″ on the diagonal.

Rumors have said that the next iPad mini will feature a larger 8.4″ Retina display compared to the current 7.9″ display size. The next-generation iPad mini isn’t expected to have an edge-to-edge Liquid Retina display though. Instead, Apple is rumored to have thinned out the bezels much in the same way they did when they converted the 9.7″ iPad Pro to 10.5″. That means it would maintain the home button for now. Rumors have surfaced more recently saying that Apple is planning an all-screen iPad mini, but timing is unclear.

Fans of the iPad mini have been clamoring for a model with a design inspired by the 2018 iPad Pros, but Apple has dragged its feet in recent years with iPad mini. The most recent update to the hardware was in March of 2019 when it first gained Apple Pencil support.

The next-generation iPad mini is expected to launch at some point this Spring. It’s possible that we will see it before the end of this month, but that’s purely based on industry rumors. The community remains conflicted as to whether or not this next model will have an all-screen design or if it’s something we will see down the road. I personally hope to see something very similar to this concept.

What do you think about this iPad mini concept? Are you excited for a next-generation iPad mini? Let us know in the comments below!