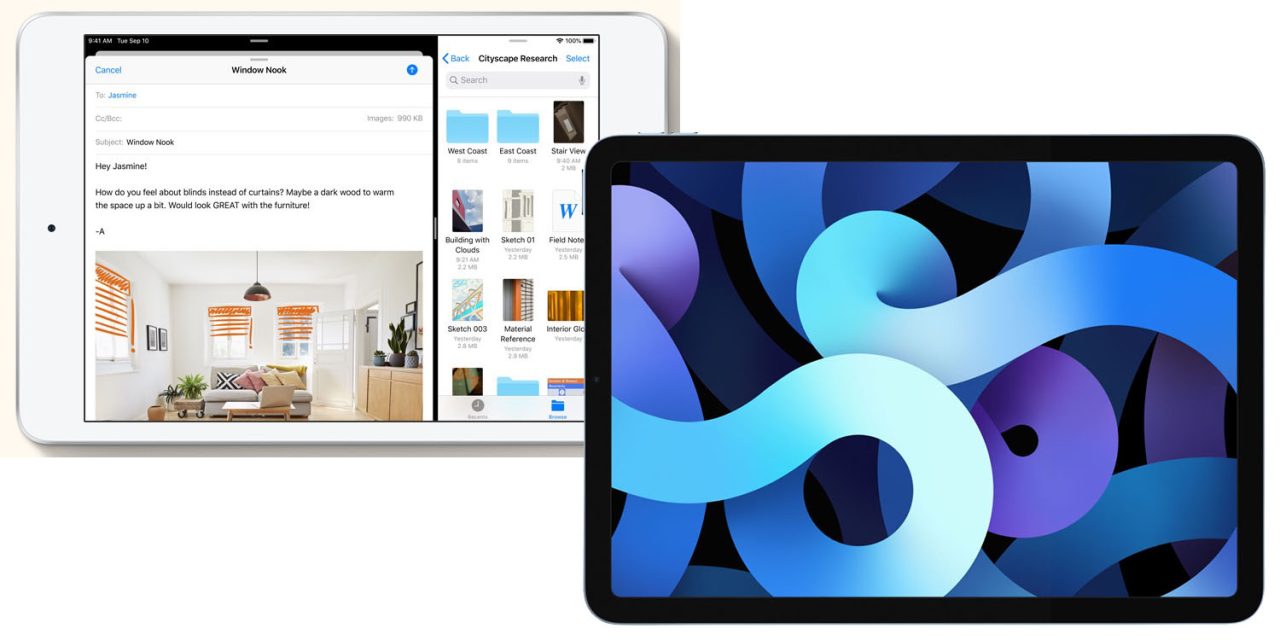 Apple analyst Ming-Chi Kuo said last year that we can expect a 2021 iPad mini in the first half of this year, but a sketchy report today gives it a new twist.

Some of what is suggested aligns with what we’ve heard before, but a Korean blog suggests that it will be billed as an iPad mini Pro…

The iPad mini hasn’t been updated for almost two years now. It did get some worthwhile performance improvements, leading us to label it a more compact iPad Air 3, but the form-factor remained unchanged and it definitely looks dated after the launch of the current iPad Air.

Part of the reason for the form factor remaining unchanged for so long is likely deliberate. Although some consumers love the compact size, the majority of iPad mini sales are to businesses. They are, for example, popular for warehouse inventory tasks, and many restaurants give them to waitstaff. While consumers care about new designs, businesses care far more about compatibility with multi-device charging stations and sometimes custom accessories.

But Kuo’s report back in May of last year did suggest that was about to change, with a larger model in the works.

Kuo first says that Apple will launch […] a new iPad mini that’s between 8.5-inches and 9-inches during the first half of 2021. According to the analyst, the selling points of these iPads will be “the affordable price tag and the adoption of fast chips,” much like the new iPhone SE […]

Other details on the iPad mini hardware are also unknown, but the screen size is interesting. Apple currently sells the iPad mini with a 7.9-inch display. It’s possible that Apple will reduce the iPad mini’s bezel sizes in order to fit the larger 8.5-inch/9-inch display in a similar form factor. It’s unclear if this would eliminate the Home button, bringing perhaps in-screen Touch ID or Face ID.

A brief post on a Korean blog Naver suggests that the new model will be an “iPad mini Pro.”

The iPad mini pro model , which we talked about on January 10th of this year in July of last year, was
captured during the internal project stage for the first time .

It is currently in the design P2 stage beyond the R&D stage and the planning stage, and seems to be moving to the DVT P3 stage sooner or later .

As a result, it is expected that the iPad mini pro model, which I have mentioned several times , will be released in the second half of the year. The size is 8.7 inches, the width is longer than that of the previous iPad mini , and the vertical width is slightly reduced.

The blog doesn’t have any discernible track-record, but is being picked up in a few places, so is likely to spark discussion, at least.

The iPad mini Pro branding seems unlikely, as it would imply two different iPad mini families for what is a relatively niche product.

However, the iPad Air precedent does make it likely that Apple will adopt the same small-bezel design, which would make possible a larger display within similar dimensions to the existing model. It’s also possible that it will add 5G functionality, as that is something likely to interest business customers who plan to keep their devices for many years.