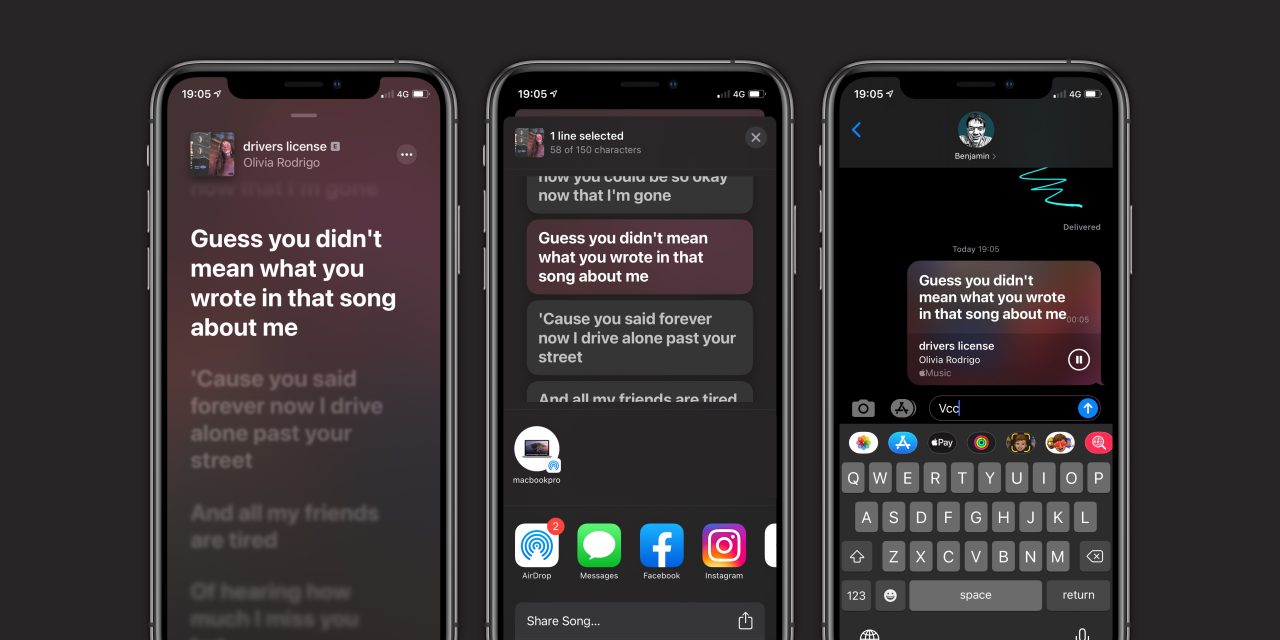 iOS 14.5 includes various changes, from new emoji to Shortcuts and Podcasts. The Apple Music app has also seen its fair share of improvements, including the ability to manage your Up Next queue from the song list just by swiping to the left.

As far as lyrics are concerned, Apple rolled out the new real-time lyrics screen back in iOS 13. You could tap on a sentence to jump to that part of the song, but long-pressing on a lyric snippet previously did nothing. Well, that’s all changed now…

The actual content that is shared is a rich representation of the lyrics and possibly interactive depending on where you share it. Share to your Instagram or Facebook story, and the Music app generates a very pretty sticker design featuring the lyrics in the center of the screen. When you share with Messages, the recipient sees a preview of the lyrics inline including a button to actually play the matching audio snippet from the song, right from the conversation thread.

The iOS 14.5 update is available now for iPhone, iPad and iPod touch.