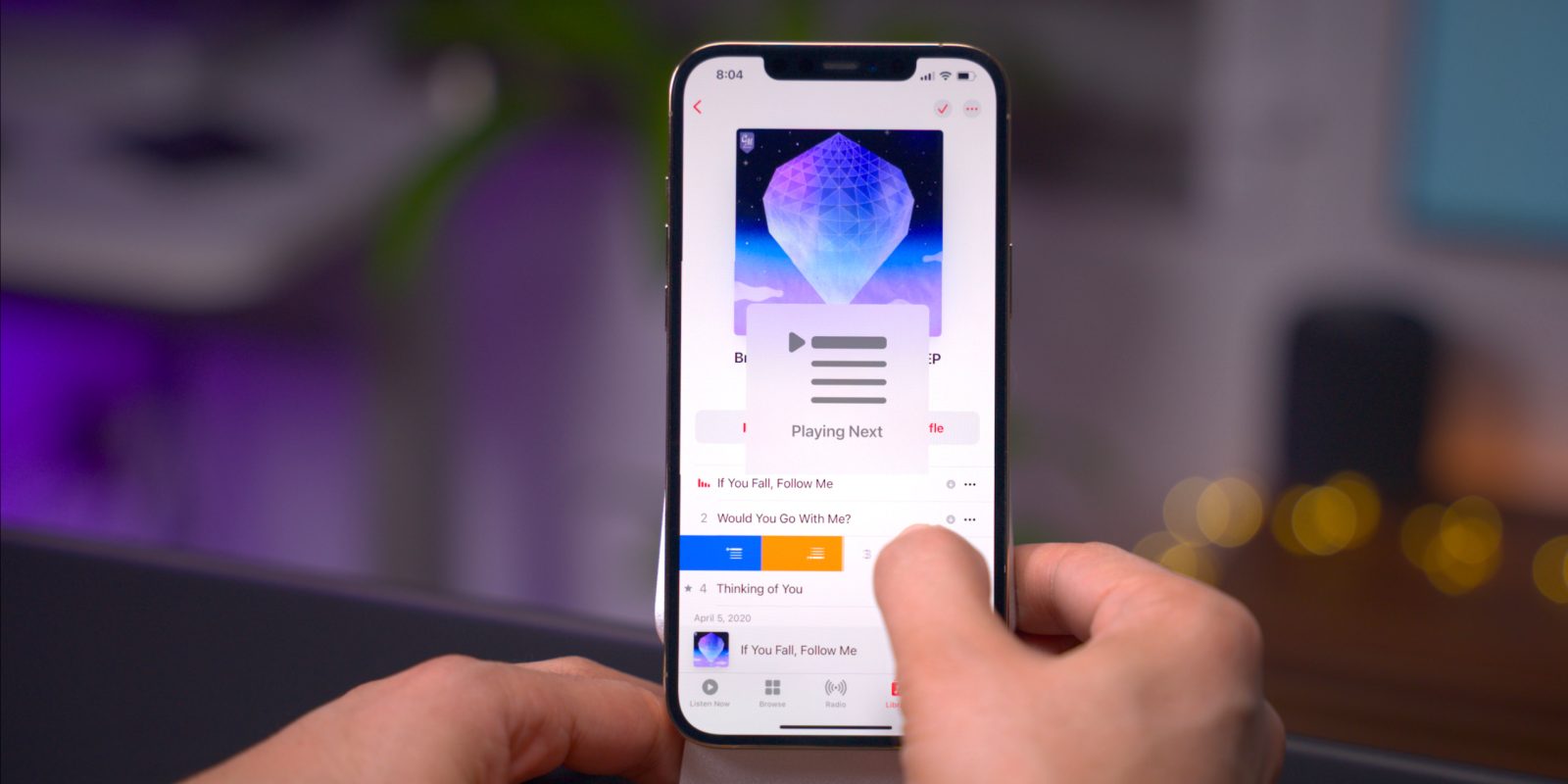 Yesterday, Apple released the second developer beta for iOS 14.5 and iPadOS 14.5. Like the initial beta, this update comes with lots of new additions, including new emoji and several notable Music app updates. In this video, we go hands-on with new iOS 14.5 beta 2 changes and features. Be sure to subscribe to 9to5mac on YouTube for more videos.

iOS 14.5 comes with several new handy actions for the Shortcuts app. There’s a new Take Screenshot action that will take a screenshot when executed, along with a new Orientation Lock action, which will automatically lock your device in Portrait mode when toggled on. Finally, there’s a new Set Voice and Data Mode action for configuring LTE and 5G network connectivity across both your primary and secondary SIM cards. It’ll be interesting to see how these new shortcut actions are put to use in a creative way.

These actions, of course, join my favorite — the Set Wallpaper action — which I currently use to dynamically assign wallpaper every time I charge my iPhone. Be sure to watch and read our full tutorial for more details.

Although iOS 14.5 comes with several noteworthy updates, headlined by the addition of new emoji characters, the Music app benefits from the most changes overall. In addition to lots of incremental stylistic changes, pop-up menus largely supplant the sheets that appeared in prior versions of the Music app. This yields faster interaction with Music app features, but some might argue that it comes at the expense of visual design.

My favorite change pertaining to the Music app is the new swipe actions, which allow you to swipe left or right on a music track to execute specific actions. For example, a right-swipe will present actions to add a song to your Play Next or Play Last queue, while a left swipe allows you to manage a track’s presence in your music library.

The new gestures work similarly to the swipe gestures found in the default Mail app inbox, with long swipes executing an action quickly and shorter swipes allowing you to choose from one or more actions. In the case of the Music app, a long right-swipe action will seamlessly add a track to your queue as the next song to be played.

Here’s a look at some of the changes and enhancements found in the Music app for iOS 14.5 beta 2:

One of the highlight features of the initial iOS 14.5 beta was the introduction of the ability to select a default music app via Siri. Unfortunately, I haven’t been able to replicate such functionality in this latest beta update, but that doesn’t mean that the feature won’t be present when Apple releases the final version of iOS 14.5.

The iPad also receives a couple of changes. iPadOS 14.5 now boots with either a landscape or portrait-oriented Apple logo depending on how you have the device positioned upon boot. Unlike with the previous beta, a Magic Keyboard connection is no longer required to make the Apple logo appear in horizontal landscape mode.

Users of Apple hardware without a hardware microphone disconnect, which prevents microphone audio data being made available to any software, can now enjoy similar functionality thanks to software. The 8th-gen iPad, 4th-gen iPad Air, 2nd-gen 11-inch iPad Pro, and 4th-gen 12.9-inch iPad Pro now mute the built-in microphone when the Smart Folio is closed.

As we previously discussed, 14.5 beta 2 comes with over 200 new emoji. Although there are new individual characters like the burning heart, mending heart, and updated syringe, most of the new characters result from the ability to customize individual skin tones for couple emoji.

iOS 14.5 is a major new update, and as this latest beta proves, Apple is moving at a blistering pace. What’s your favorite new change or addition in iOS 14.5 beta 2? Sound off down below in the comments with your thoughts.

Be sure to watch our previous video coverage on iOS 14.5: