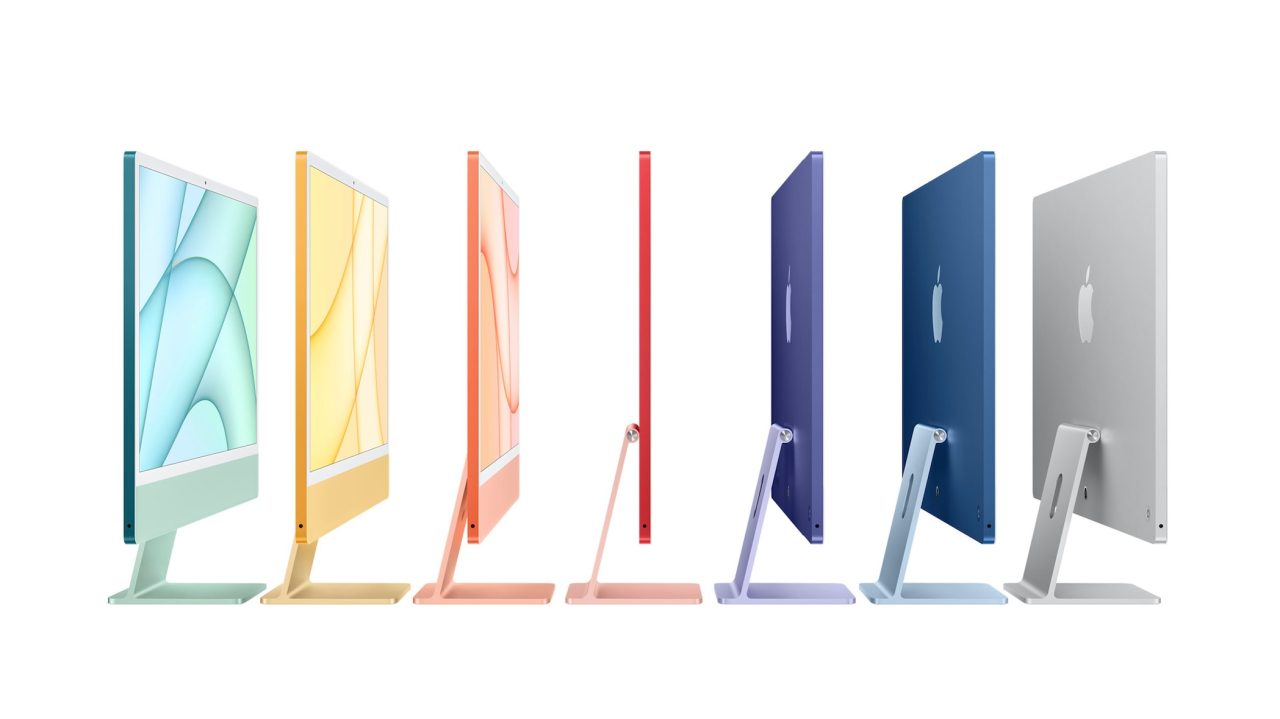 The new iMac features a 24-inch display with True Tone technology to adapt the color temperature of the display based on your environment. The display features a 4.5k Retina panel with 4480-by-2520 resolution at 218 pixels per inch.

Inside of the new 24-inch iMac is Apple’s M1 processor, packing an 8-core CPU with 4 performance cores and 4 efficiency cores. You also get a 7-core or 8-core CPU based on your configuration, as well as a 16-core Neural Engine.

The new M1 chip inside has allowed Apple to completely redesign the iMac for the first time in over a decade. The new design features a 11.5mm slim profile with smaller off-white bezels around the display, but the chin is still there and is similar to the previous-generation iMac design but without the Apple logo.

Another change with this redesigned iMac is the Magic Keyboard that comes with it. For the first time, Apple has added Touch ID biometric authentication to the external Magic Keyboard. This can be used to unlock the iMac, pay with Apple Pay, and more.

In terms of pricing, there are essentially three tiers of the new iMac from which to choose:

The new iMac can also be configured with up to 16GB of unified memory and 2TB of SSD storage.

You can pre-order the new iMac from Apple’s website now with the first orders arriving on May 21. Are you planning to buy one? Let us know down in the comments!