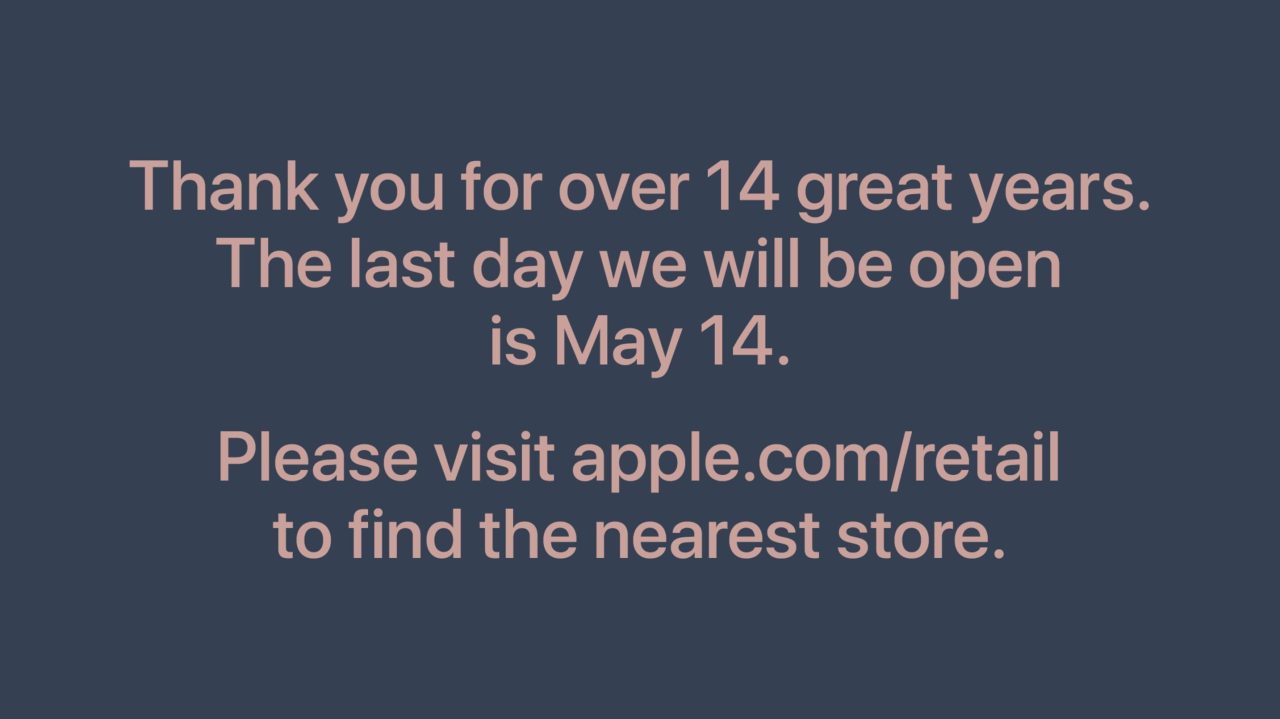 Apple announced today that its MacArthur Center store in Norfolk, Virginia will permanently close on May 14. The store’s impending closure was confirmed in late February, but a final date was not disclosed at the time.

Apple MacArthur Center is one of only a few Apple Stores to permanently close without a replacement location. Apple issued the following statement on its website Sunday:

“Thank you for over 14 great years. The last day we will be open is May 14. Please visit apple.com/retail to find the nearest store.”

In February, Apple said it planned to offer all team members other jobs within Apple. While the MacArthur Center mall has seen declining foot traffic and tenant loss over the past few years, Apple will continue to serve customers nearby at Apple Lynnhaven Mall in Virginia Beach.