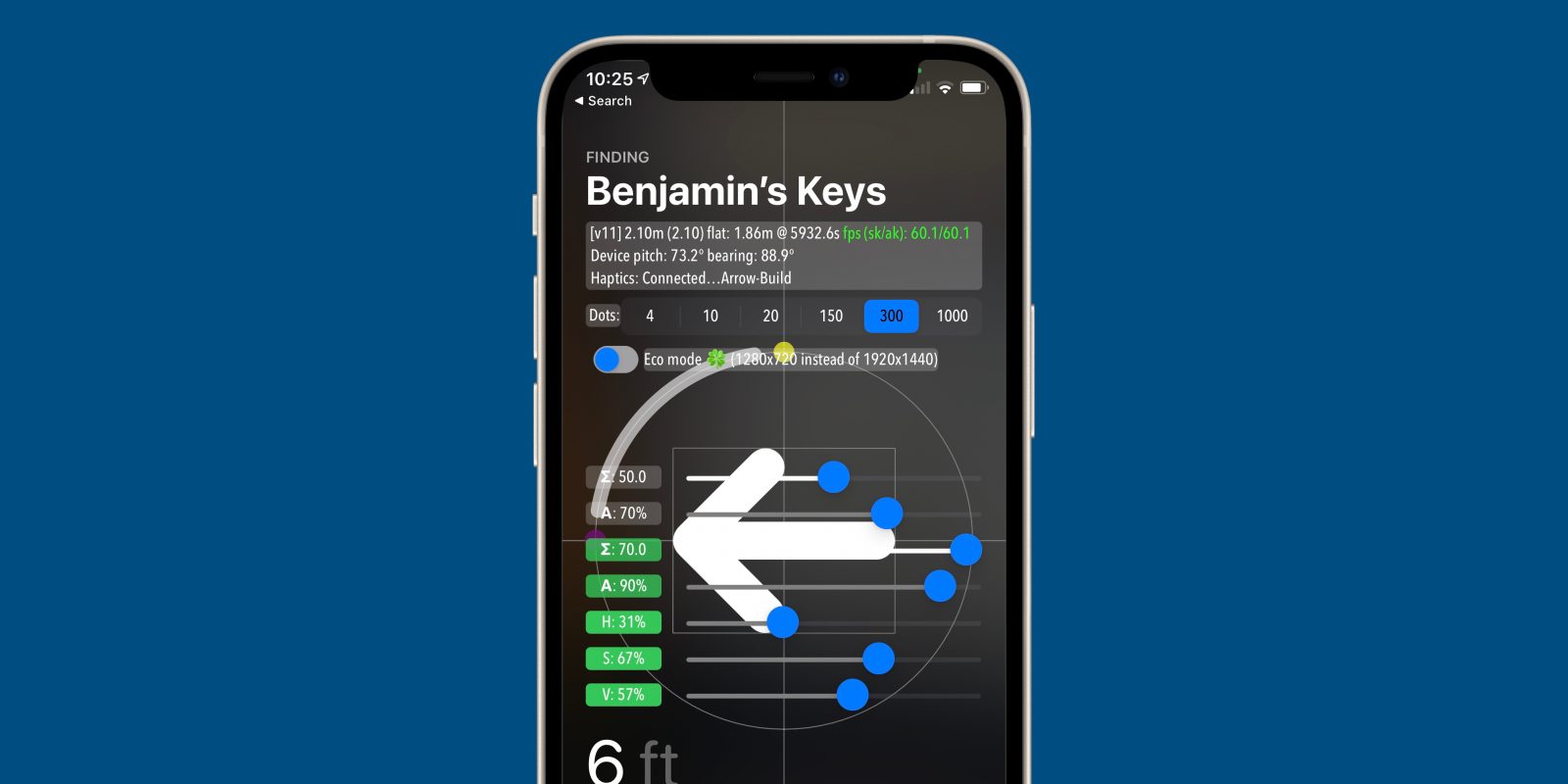 A user on Reddit has found a secret debug mode for the AirTags Precision Finding interface, seemingly out of frustration.

Alex Magri-Olson discovered that tapping on the name of the accessory four times makes a secret debug menu appear, which was clearly used internally by Apple employees whilst the feature was in development.

The debug mode is present on public releases of iOS 14.5 and included in the iOS 14.6 beta. It’s unclear if the debug options were meant to be stripped from shipping builds. Some debug screens in iOS have stuck around for years, such as the special keypad sequence you can type into the Phone app to activate the hidden Field Test Mode app.

To try out the AirTag debug menu for yourself, get within UWB range of an AirTag and activate the Precision Finding experience. Then, tap four times on the heading label that says the name of the item. Be careful: there doesn’t seem to be an easy way to reset the debug menu after you customize the options.

This reveals an overlay with an information area and a series of toggles and sliders. The information box seems to give numeric information about the device and the distances from the detected AirTag, as well as the current FPS and the haptics that are needed to fire for the current situation.

The dots control changes how the arrow animation renders, by literally reducing or increasing the number of dots displayed on screen. There’s also a slider named ‘eco mode’ which scales down the camera resolution, presumably to save battery life.

The sliders adjust various characteristics about the camera input such as blur radius, saturation and brightness. These may have been used to tune the final design of the UI in the field by Apple engineers and designers, by testing the interface against various real-world backgrounds (Precision Finding includes a blurry representation of your rear camera as the base layer of the interface). You can reset the sliders back to their default value by tapping on the corresponding label on the left.

Finally, there’s a textual button at the bottom of the debug menu that you can tap to switch between ‘Proximity Mode’ and ‘Interactive Mode’. When set to ‘Interactive Mode’, two additional toggles are revealed named ‘Ignore bearing in gestures’ and ‘Auto-Test UI’.

When ‘Auto-Test UI’ is on, Precision Finding cycles through all possible states automatically; connecting, locating, simulating distance changes. This toggle would allow UI engineers could quickly evaluate all the different view transitions without having to physically move their phone around all the time.

Most likely, Apple will remove access to this menu altogether in a future iOS release. Nevertheless, it’s a fun look behind the curtain to see how Apple engineers refine the design and behavior of system features.