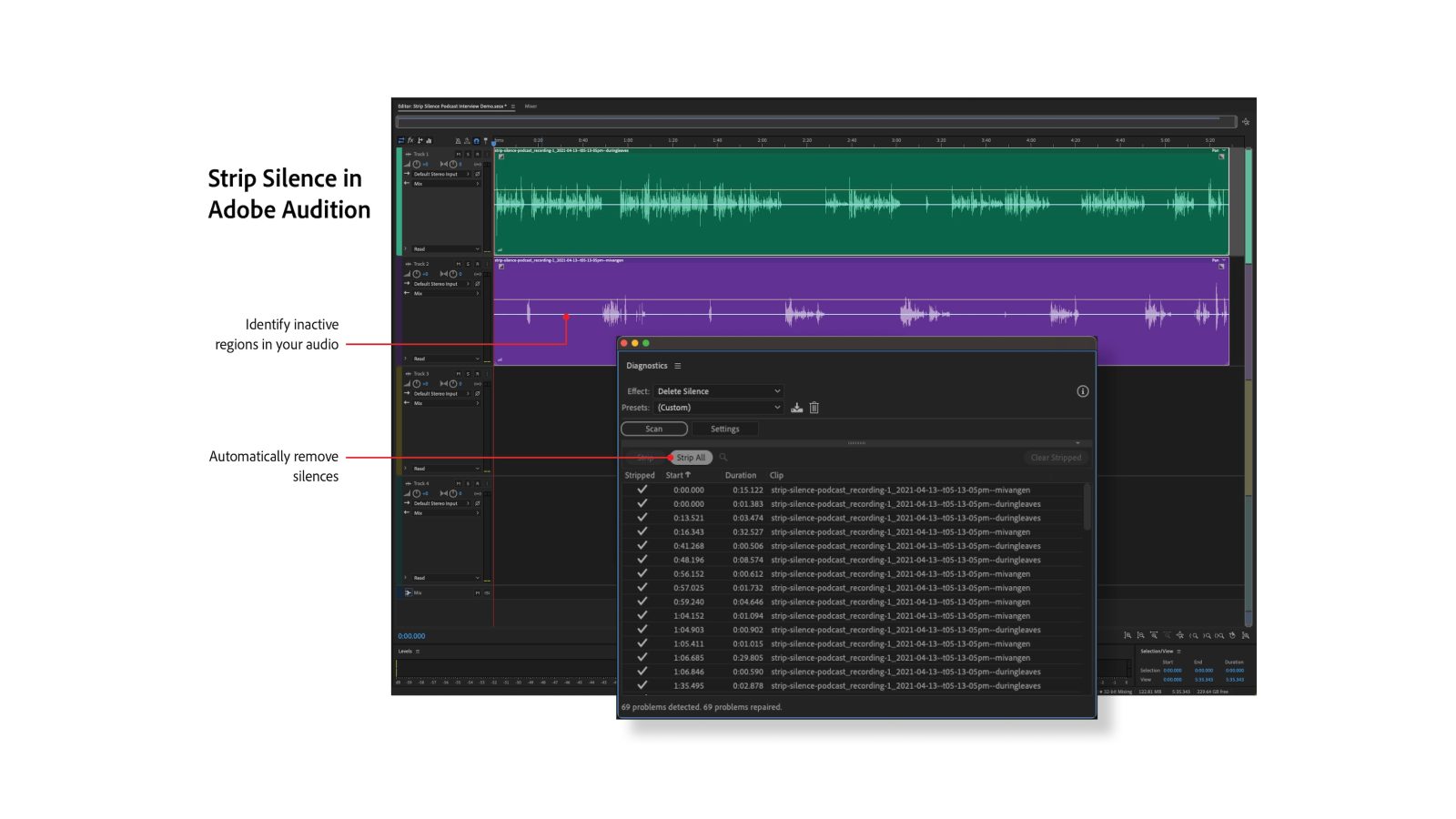 Adobe continues to make its collection of apps optimized for Apple Silicon processors. The company announced today that its Audition application for audio production now runs natively on Apple’s M1 processors. Adobe says that Audition on an M1 Mac offers a variety of performance improvements.

Strip Silence is a much-requested new feature which allows users to identify and remove silent or inactive regions in recorded clips, without losing synchronization in multitrack audio. Use this feature for cleaning up voice recording, interviews, and preparing multi-track edits, such as podcasts or audio documentary content.

Strip Silence parameters can be adjusted for unique scenarios, such as noisy backgrounds or different volume levels between participants, to easily identify and remove regions in the track that have no content, saving editors time.

You can learn more and get started with Adobe Audition on the Adobe website today.