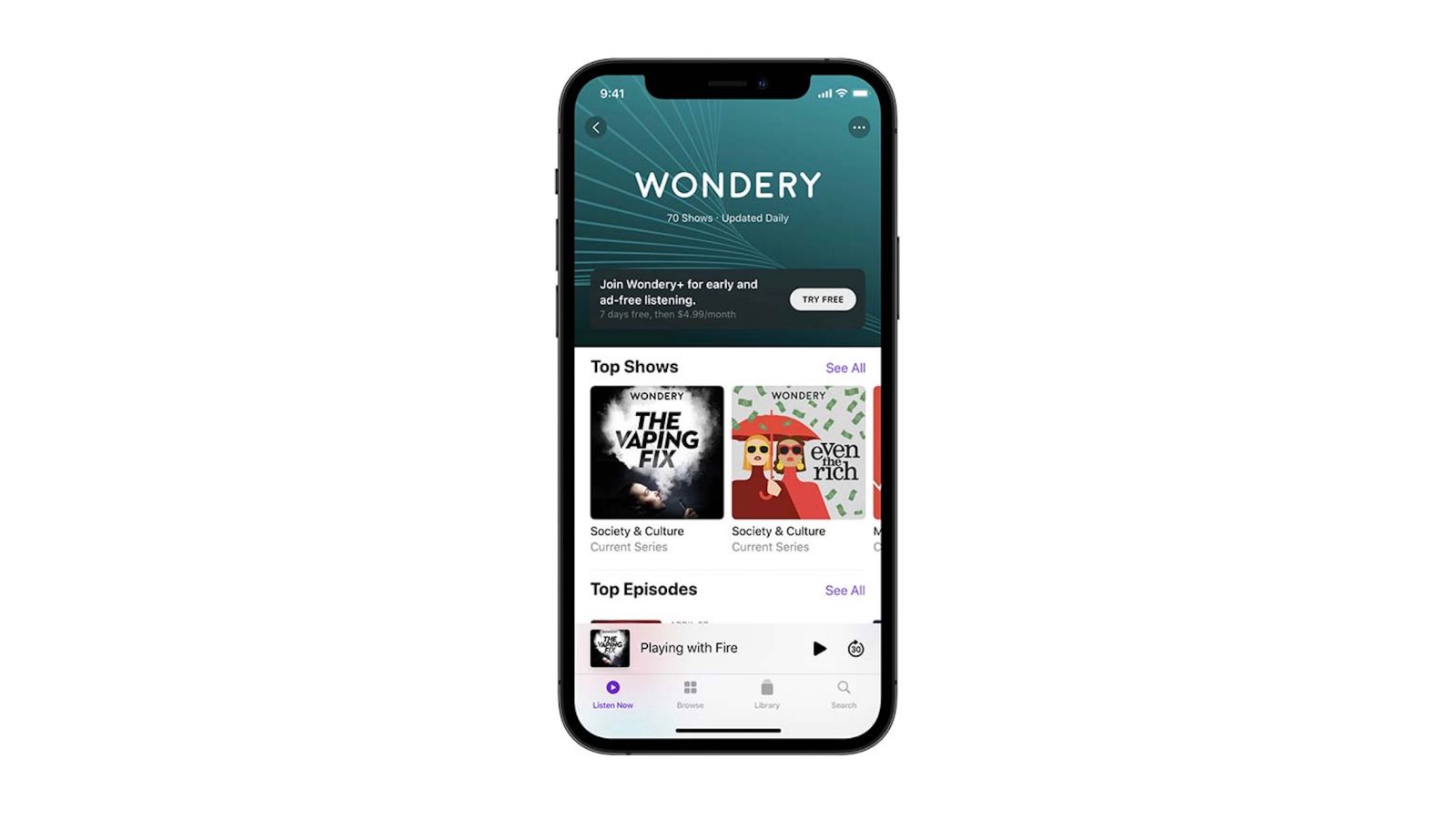 The new Apple Podcasts Subscriptions platform is expected to launch this month, and Apple continues to reach deals with high-profile studios. As reported by The Hollywood Reporter, the Wondery podcast studio, owned by Amazon, will offer its Wondery+ subscription service through Apple Podcasts.

The Wondery+ subscription costs $4.99 per month or $34.99 per year, and the price will be the same on Apple Podcasts Subscriptions, despite Apple taking a cut of revenue. Wondery+ offers ad-free versions of the studio’s podcasts, as well as early access to select content and bonus episodes.

“We’re excited to join with Apple on the next chapter of podcasting and are encouraged by the opportunities this subscription offering opens up for the podcast industry as a whole. Through this opportunity, we’ll be offering our listeners on Apple Podcasts easy access to Wondery+ while bringing them the same immersive listening experience they’ve grown to know and love.”

Notably, a report last year tipped that Apple was among the companies interested in acquiring Wondery for between $300 million and $400 million. Ultimately, Amazon ended up acquiring the company for an undisclosed sum. The news that Wondery+ content is coming to Apple Podcasts Subscriptions is good news for fans who worried Amazon could silo the content off to within its own ecosystem.

Wondery has created a variety of popular podcasts focused on culture, technology, and more. Last year, it was announced that Apple TV+ would develop a limited series telling the story of WeWork, based on the Wondery podcast “WeCrashed: The Rise and Fall of WeWork.”

The Apple Podcasts Subscriptions feature will allow users to pay creators directly for shows and receive bonus content, ad-free episodes, and more. The platform is expected to launch sometime this month, likely as part of iOS 14.6.