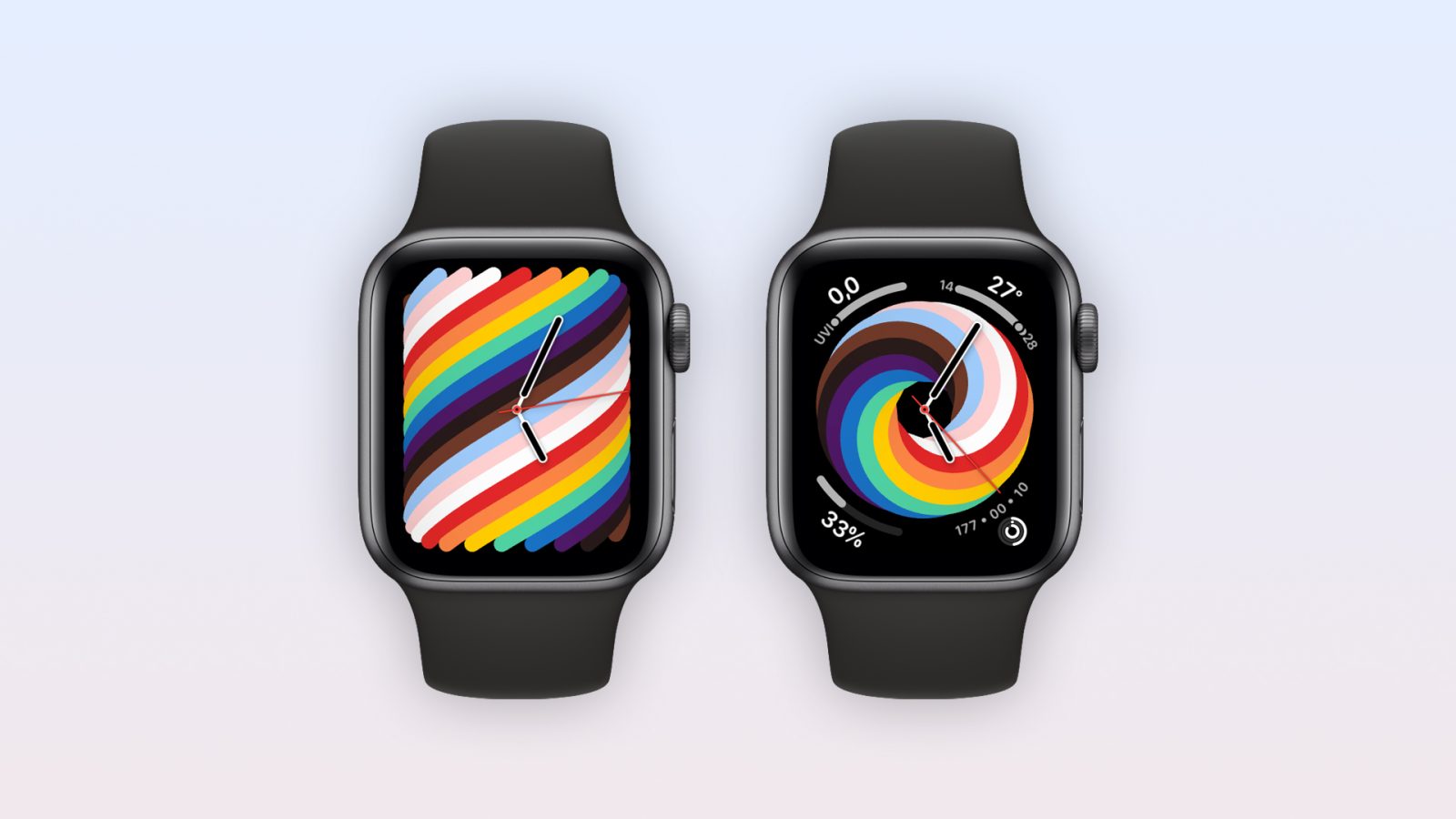 May 17 is known for being the International Day Against Homophobia, Transphobia, and Biphobia — and since 2016, Apple has been celebrating this date with some special campaigns. As part of the tradition, the company today announced two new Apple Watch Pride bands, as well as a new watch face that matches those bands.

Thanks to the watchOS 7.5 RC released earlier today for developers, we can finally get a better look at the 2021 Pride watch face.

While previous versions of the Pride watch face were available in analog and digital versions, Apple has created a third variant exclusively for this year’s theme. In watchOS 7.5, Apple Watch users will find the new watch face labeled as “Pride Woven.”

This watch face features the colors from the LGBTQ+ movement flag, which not only includes the colors of the rainbow flag, but also those of the Bisexual Pride and Transgender Pride flags. Here’s how Apple describes them:

This year’s special Pride watch face beautifully mirrors the new colors of the band to represent the combined strength and mutual support of the LGBTQ+ movement. With the rotation of the Digital Crown, the threads on the watch face infinitely scroll and animate with a raise of the wrist.

Users can choose between two different versions of the Pride Woven watch face, which are full screen and circular. In both versions, the new theme mimics the braids of the Solo Loop band. The colors get tied together or separated as you rotate the Digital Crown, while in Always On mode you get a simplified version with colored lines.

Check out some more images of the new Pride Woven watch face below:

Apple didn’t say when watchOS 7.5 will be available to all users, but we assume that the update will be released to the public in the next few days.