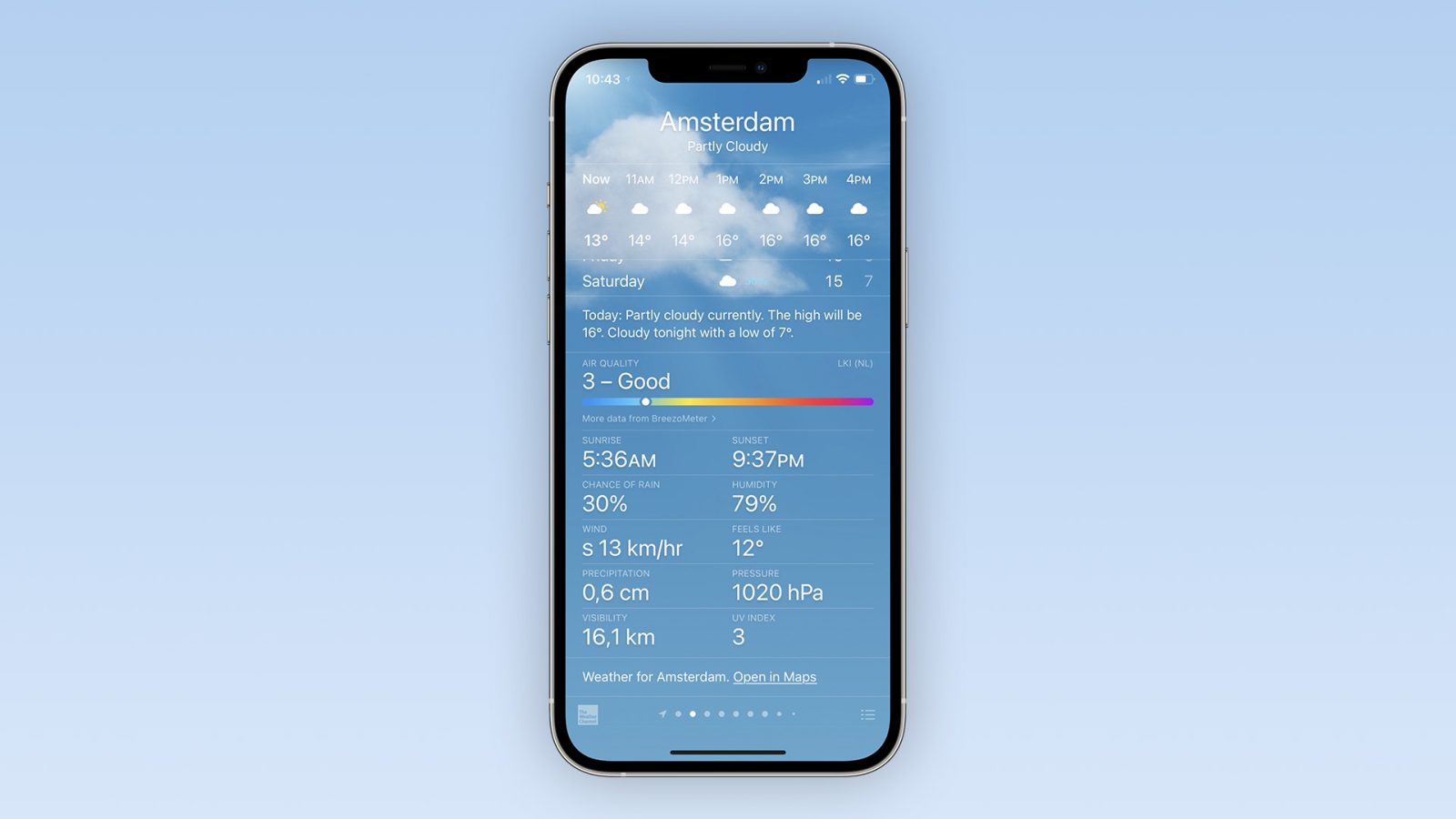 One of the new features introduced with iOS 14 last year was the ability to see Air Quality in the Weather app, but this is restricted to only a few regions. However, with the first beta of iOS 14.7, the company is finally expanding this feature to more countries.

As reported by multiple users on Reddit and Twitter, iOS 14.7 beta 1 brings the Air Quality feature in the iPhone Weather app to more regions. This includes cities in the Netherlands, France, Italy, and Spain. Other comments also mention that the feature is working in Canada as well.

In the United States, the measurement of air quality is based on an Air Quality Index (AQI) that ranges from 0 to 500, where lower numbers represent better air quality and higher numbers are considered unhealthy. This information is displayed in a colored bar within the Weather app on the iPhone, and is also shown on Apple Maps.

iOS 14.7 isn’t exactly a major update, but it does bring a great new feature for HomePod users, who can now set and stop timers using the Home app on the iPhone, iPad, and Mac. It’s unclear, however, when this update will become available to the public.