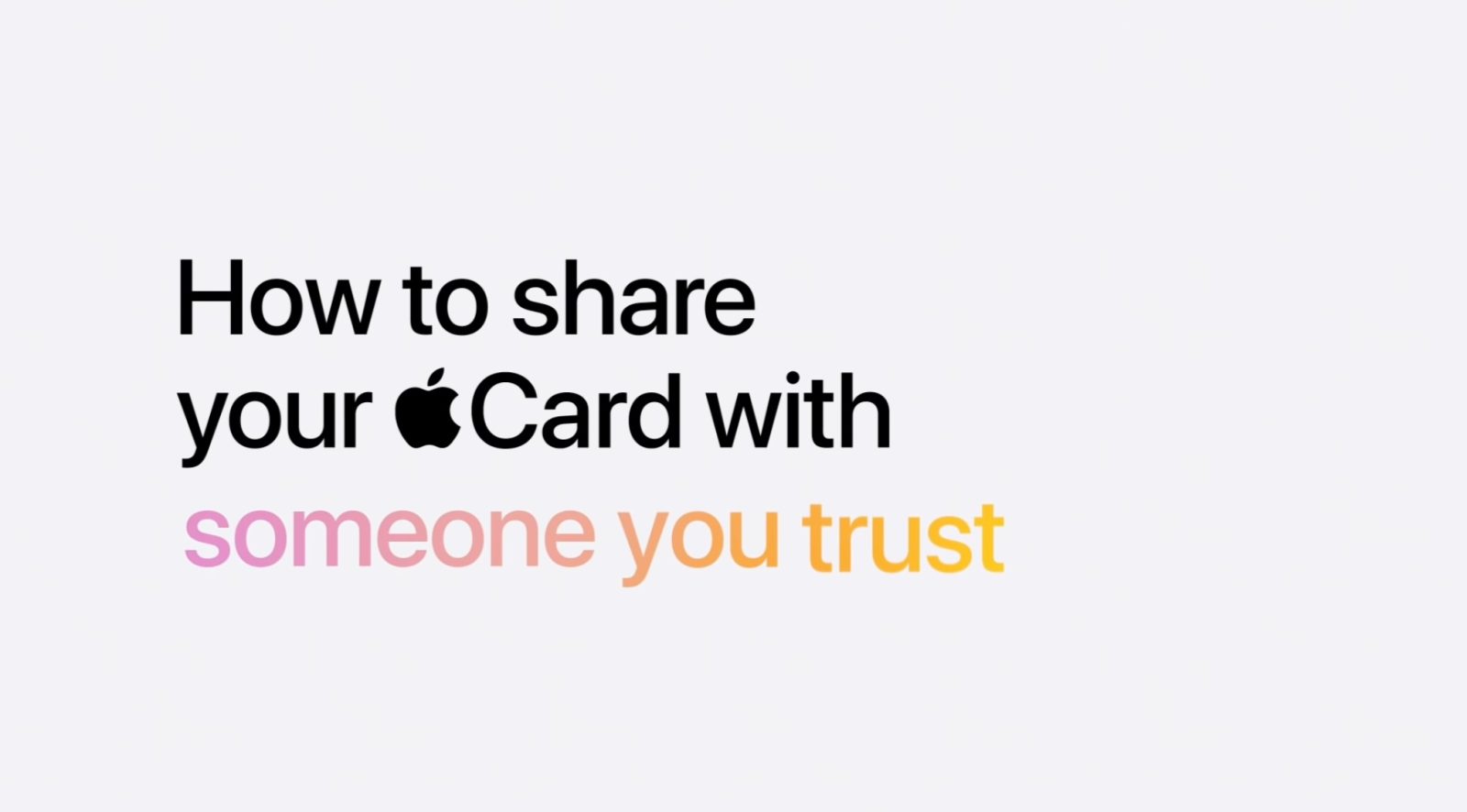 Apple Card Family Sharing was announced back at the company’s Spring Loaded event in April. Now with iOS 14.6, some of the features are officially live and bring a lot more flexibility to the credit card. And two new videos today highlight how to share Apple Card with family members who are 13 or older.

The first video details how to add a co-owner to your Apple Card. The other person must be at least 18 years old and you’ll need to tell enter your combined income to Apple/Goldman Sachs. This also lets them build credit and “share responsibility for all account activity.” And co-owners can order their own physical titanium Apple Card.

The second video goes over how to add up to five “participants” to your Apple Card. This could be an actual family member or as Apple notes even a friend.

VP of Apple Pay Jennifer Bailey shared more about why the feature was important to launch:

“We designed Apple Card Family because we saw an opportunity to reinvent how spouses, partners, and the people you trust most share credit cards and build credit together. There’s been a lack of transparency and consumer understanding in the way credit scores are calculated when there are two users of the same credit card, since the primary account holder receives the benefit of building a strong credit history while the other does not,” said Jennifer Bailey, Apple’s vice president of Apple Pay. “Apple Card Family lets people build their credit history together equally.”

Apple also says in the Newsroom post that “Existing Apple Card customers can also merge their Apple Card accounts, giving the flexibility of a higher shared credit limit while keeping the lower APR of the two accounts.”

However, in a linked support document, Apple says that merging two existing Apple Card accounts into one won’t be available until July.

Coming July 2021: You will be able to invite another Apple Card owner to combine credit limits and form one co-owned account.

Check out the steps in the videos below: