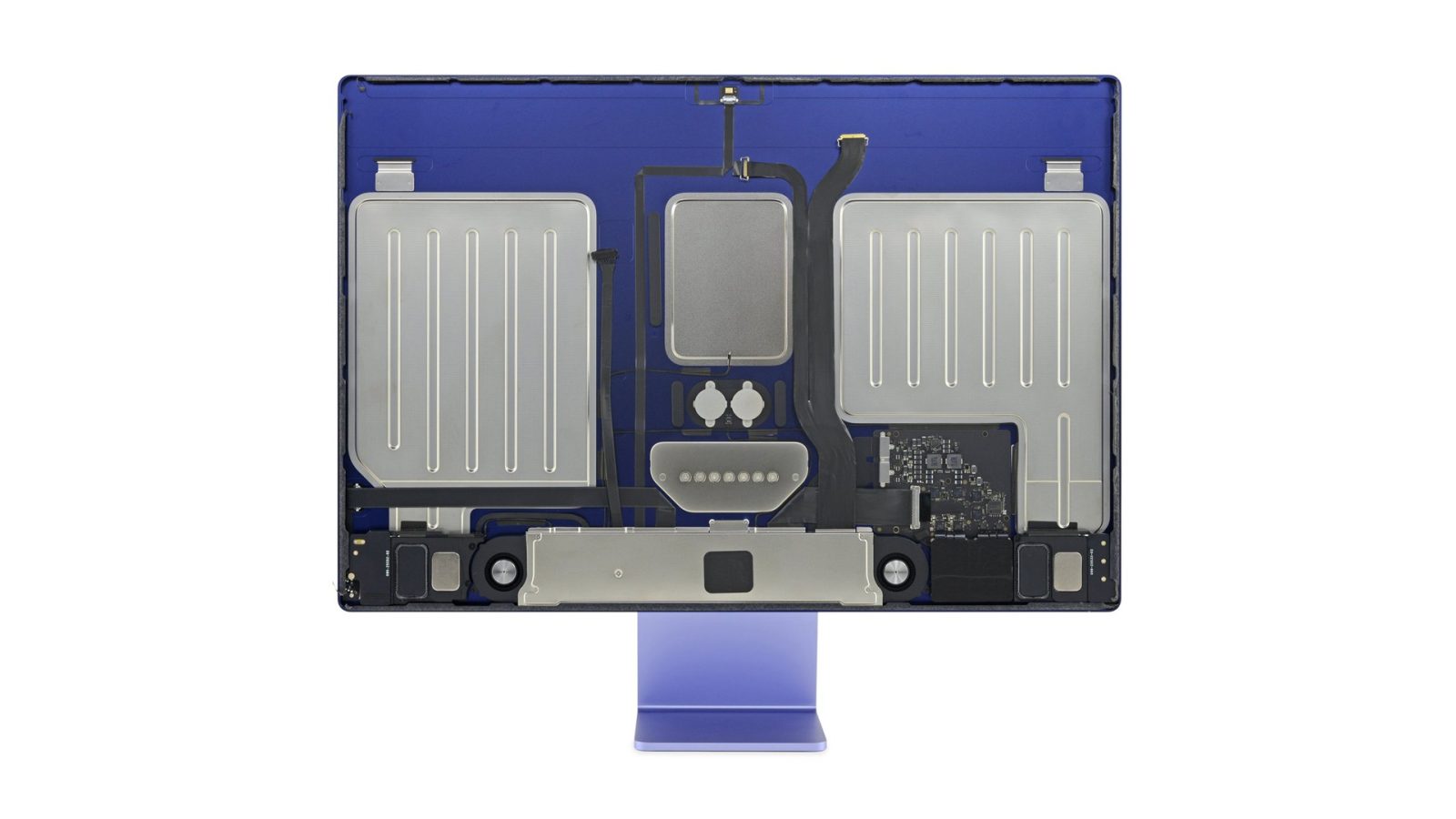 Following the official launch of the new iMac on Friday, iFixit has already gotten its hands on one of these redesigned 24-inch iMacs to share its traditional teardown. This gives us a better look at the internal parts of the computer, which is basically a single logic board with everything soldered there.

An X-ray of the new iMac shown by iFixit reveals some interesting details about the machine. In previous generations of the iMac, Apple has used the Apple logo on its computers as the antenna for Wi-Fi and Bluetooth connections, but this year things have gotten a little different.

While signals are still transmitted through the logo, there’s now a rectangular metal plate behind it — and not something specifically made with the shape of the Apple logo. There are also two unknown circles in the middle of the computer, which could be coin cell batteries.

Also, there are two huge metal plates inside the iMac, which iFixit is unable to explain their purpose — but perhaps this could be something to dissipate the internal heat. The display is glued to the computer body, which requires a special tool to disassemble it. Once the machine is open, there’s not much to see inside.

iFixit notes that there’s no longer a metal chin to block access to the internal cables as there was on previous iMacs. Apart from the metal plates, antennas, and possible batteries, the iMac is basically made by a single logic board, speakers, and two small fans — everything packed at the bottom of the machine.

One thing to keep in mind is that the iMac disassembled by iFixit is the one with four USB ports. The base model sold to Apple comes with only two USB/Thunderbolt ports and a single fan.

Since it uses the M1 chip, iMac components such as the CPU, GPU, RAM, and internal storage are all soldered onto the same board. This, of course, makes any repairs on the new iMac nearly impossible (which comes as no surprise, actually).

iFixit is still working on an in-depth analysis on the new iMac’s components, which should bring more details about the huge metal plates, Wireless Magic Keyboard with Touch ID, and what can be repaired on this computer. You can check out the first part of the teardown on the iFixit website.