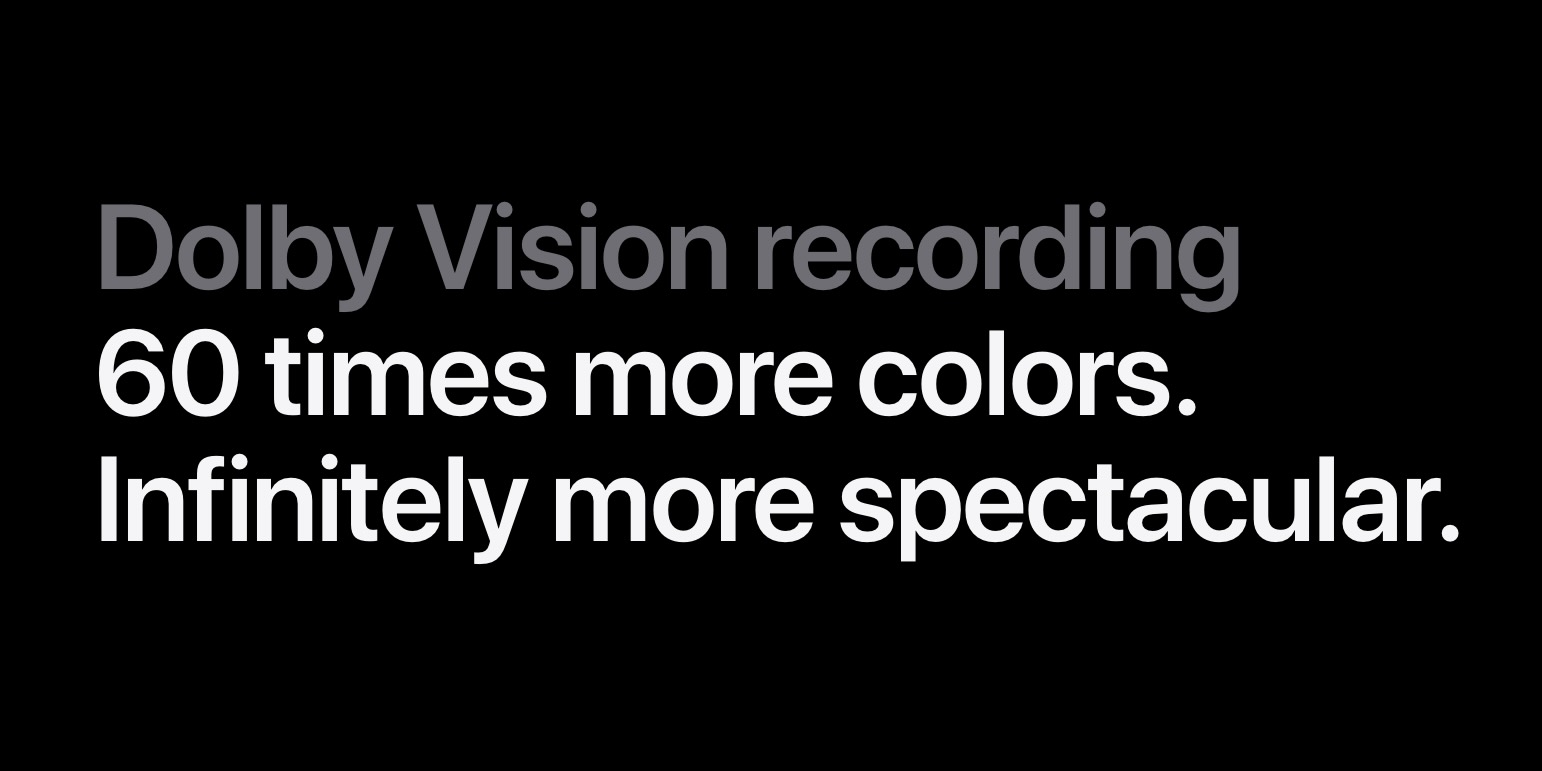 One of the new camera features that landed with the iPhone 12 Pro/Pro Max is the ability to shoot video in Dolby Vision at 60 frames per second (30 fps max on iPhone 12/mini). And with the new Apple TV 4K, you can watch the high frame rate HDR Dolby Vision videos from your iPhone on your big screen.

Apple says shooting 1-minute of Dolby Vision video on iPhone 12 Pro (4K 60 fps, 10-bit HDR) takes up about 440MB. So it’s probably not the format you want to shoot in all the time, but it’s a great option to have.

Being able to shoot in Dolby Vision at 60 fps is particularly well-suited for capturing fast-moving action and captures much richer colors. So whether it’s recording your kids’ sports games, your pets, or other adventures, Apple says footage will “appear more lifelike than ever before.”

And with the second-gen Apple TV 4K and AirPlay supporting high frame rate HDR, you can enjoy the full Dolby Vision resolution of your iPhone 12 Pro videos at 60 fps on your TV(s).

Along with being able to play your own Dolby Vision videos at 60 fps on the new Apple TV 4K, Apple says it’s teaming up with content providers to offers high frame rate HDR streaming. Here are the first:

Apple is working with leading video providers around the world, including FOX Sports, NBCUniversal, Paramount+, Red Bull TV, and Canal+, as they begin to stream in high frame rate HDR.