A decade of 5 GB free: will Apple ever increase base iCloud storage? 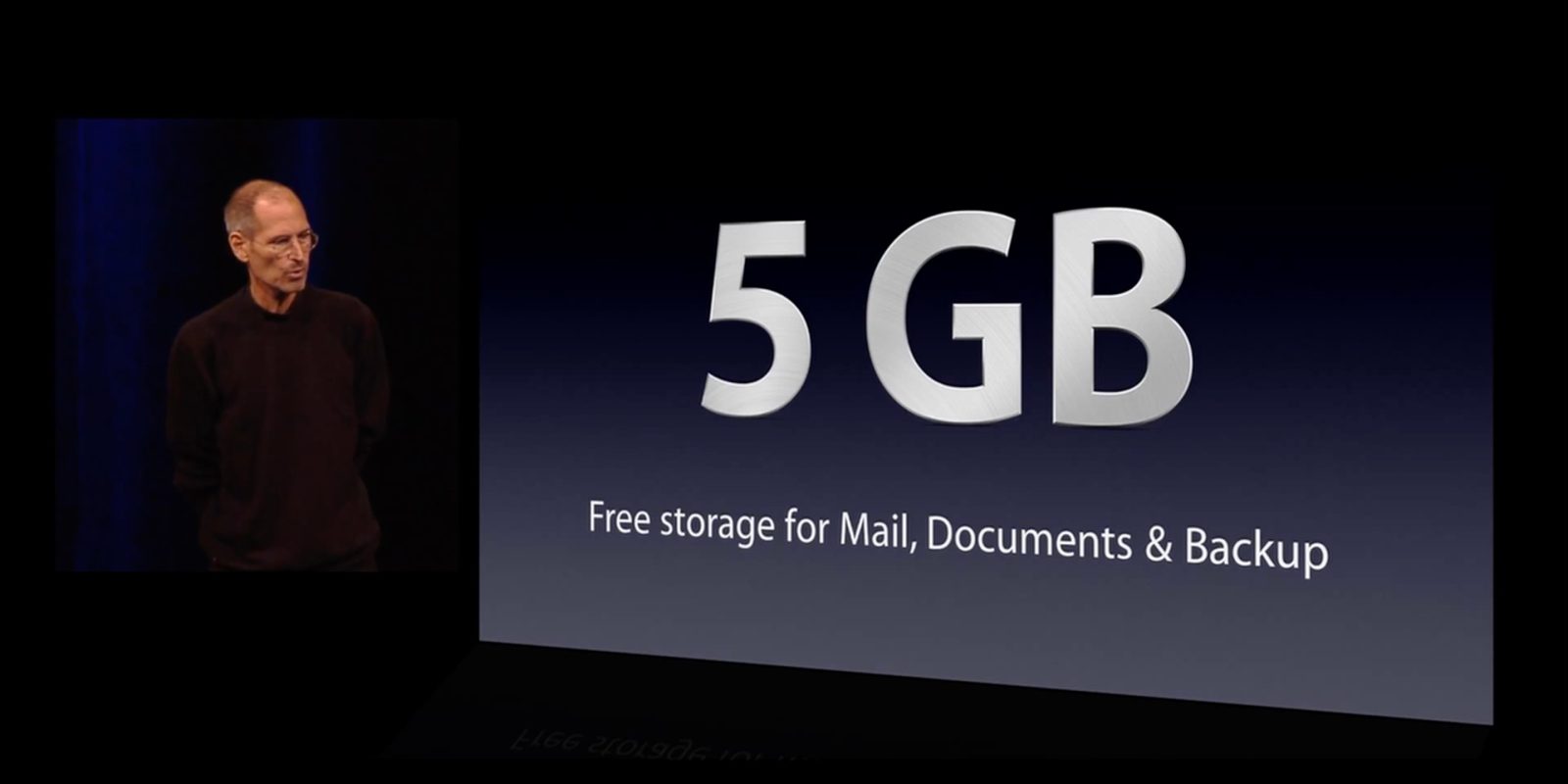 In June 2011, Steve Jobs would make one of his final public appearances to unveil iCloud at that year’s WWDC, Apple’s new strategy for back up and sync of its entire device ecosystem. Apple wanted to shake off the embarrassment that was MobileMe and set itself up for the future, where customers would host all of their data in the cloud.

iCloud has come a long way since its iOS 5 launch but one thing that has hilariously stayed the same: the free tier of iCloud has remained at 5 GB …

Before iCloud, Apple’s cloud offering was MobileMe which was only available as a paid service, at $99 per year for 20 GB storage (up to 40 GB additional storage could be purchased on top).

In contrast to MobileMe, Apple’s announcement that it would start giving away 5 GB for free was a big deal at the time, for Apple users at least. Other ad-supported services like Google included much bigger storage buckets at no cost, some even offering ‘unlimited’ storage deals (that would later turn out to be unsustainable).

Nowadays, of course, 5 GB free is barely enough to hold a user’s pictures and video taken on a single trip. Over the last ten years, people have speculated about how might change the base iCloud storage over time, such as adding extra gigabytes with new Apple device purchases, or simply increasing the base storage in line with base iPhone SKU storage increases. What actually transpired is that Apple would do nothing at all.

Well, Apple has recognized the demand for more and more storage by adjusting the cost and increasing the capacity of paid iCloud tiers on several occasions, but the 5 GB free baseline has remained the same all the way through. Time for a history lesson.

In 2015, these tiers changed again: you could get 50 GB for $0.99 per month, 200 GB for $2.99 per month and the price of the 1 TB plan was halved to $9.99 per month. Interestingly, this was the first time that Apple had competitively price-matched to what Google Drive and Dropbox were charging for their paid storage services.

2017 was the last time Apple changed the pricing of iCloud itself. However, last year, Apple offered a new twist on paid iCloud by launching the Apple One bundle which couples iCloud storage with a variety of Apple’s content services. You could also get 4 TB iCloud for the first time, by subscribing to both Apple One Premier and the 2 TB iCloud plan on top.

As you can see, Apple switches up the paid tiers fairly frequently. But it has remained steadfast at just 5 GB for the free tier the entire time. With Apple’s modern focus on services for revenue growth, it seems like Apple will never have an incentive to increase it.

I think the 5 GB free tier will eventually change. Competing service offerings from other companies are more generous when it comes to their free options. For example, Google gives each of its accounts 15 GB for free to store photos, email and files.

There is an argument to be made that Apple’s services revenue would actually benefit from giving away slightly more upfront to reel people in and entice customers into paid plans. 5 GB isn’t enough to even try out iCloud Photos in any meaningful capacity. If instead the free tier was matching Google’s at 15 GB, it would enable Apple users to get a reasonable amount of photos backing up to iCloud, experience some of the benefits of cloud sync, and then be more likely persuaded into committing to a paid plan.

To pull this off, you’d have to adjust the paid tiers accordingly. Maybe a lineup of 15 GB free, 100 GB for $0.99/month, 300 GB for $2.99/month and 2 TB for $9.99/month could be compelling. An even cheekier approach could be to only increase the storage offered as part of Apple One, making the higher-value subscriptions more attractive for consumers migrating from the free plan.

Apple has shown that it isn’t going to be charitable with its free tier but maybe a much-needed bump up would help customers and Apple’s bottom line, long term. At the same time, betting against ten years of precedent is probably a loser’s game.