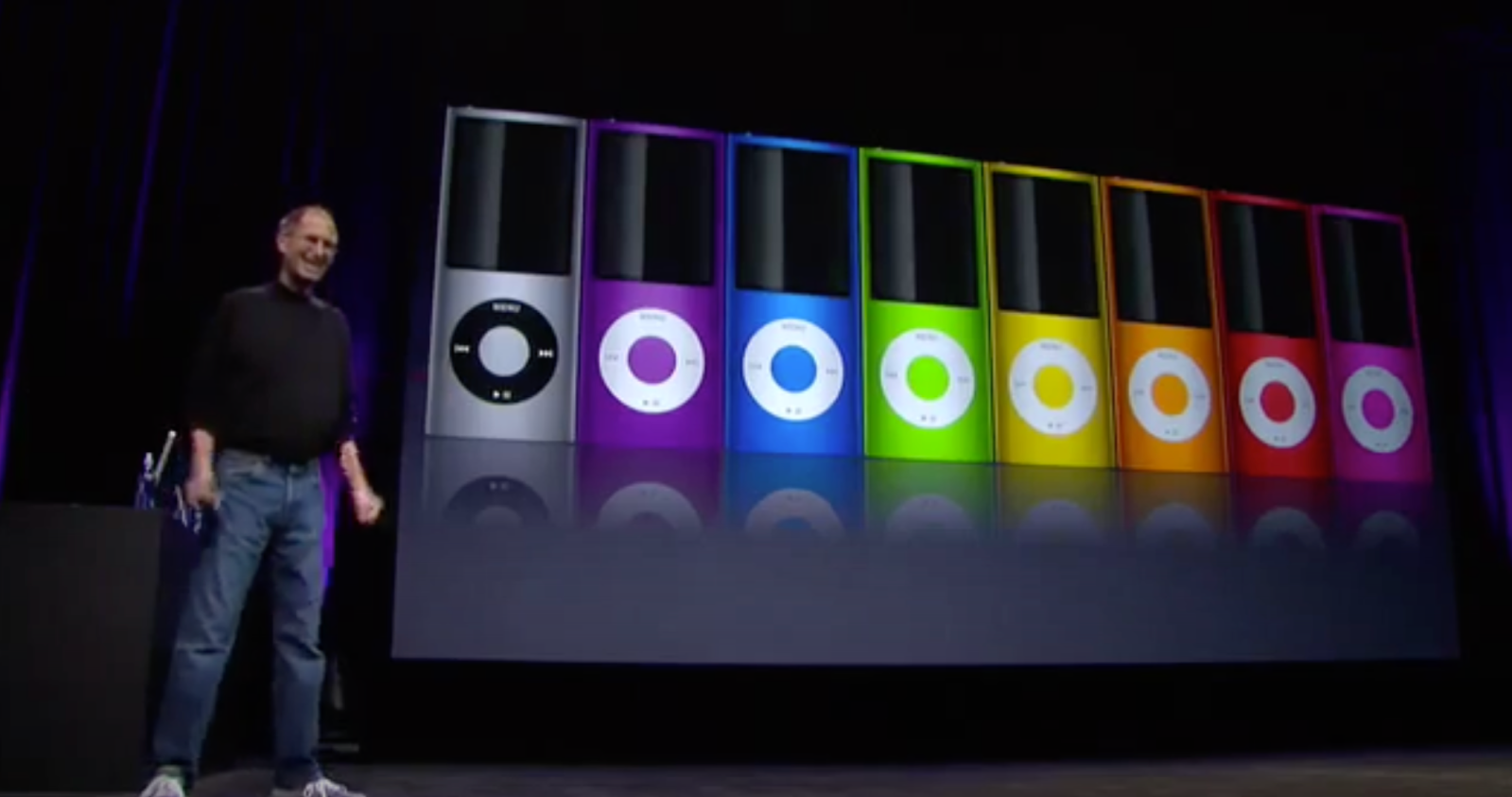 The first and frankly most interesting of the two is something Jobs refers to as “Super nano.” Jobs’s agenda also notes that this particular version of the iPod nano would be priced at $199, $50 more than the base model he would introduce just a month later.

In September of 2007, Apple introduced the third-generation iPod nano. It was the first version to play videos and was the only model to have a shorter squat design. 9to5Mac exclusively revealed the design of that iPod nano before the keynote back in 2007.

In 2008, the iPod nano would evolve into a taller design available in nine different colors. Apple called it “nano-chromatic,” and it’s certainly possible that this is the iPod Jobs is referring to.

The only other iPod nano model to be released in 2008 was a hot pink third-generation iPod nano right before Valentine’s Day. That model just so happens to have been exclusively priced at $199, although we doubt that “super” referred to a single color.

As for the iPod shuffle, Apple kept the same second-generation design from 2006 to 2009. The company only opted to change the color scheme, which they did three times. Originally, it launched only in silver but gained a few bright tones like orange in early 2007. The fall 2007 lineup included muted pastel tones while the last color scheme in fall of 2008 returned to the punchier colors.

In March of 2009, Apple released the buttonless iPod shuffle with VoiceOver. Apple didn’t release a new iPod shuffle in 2008, so it’s possible that the third generation that eventually launched in 2009 was planned for an earlier date. All Apple did in 2008 was change the color scheme and the storage capacities. The 2009 shuffle launched by itself without any other new iPods or products. So its strange launch timing could indicate that it was delayed.

So long story short, Apple might have had some iPods in the works that never got released, or they had planned to launch the 2008 iPod nano and 2009 iPod shuffle at different times, and in the nano’s case under a different name.

This email also refers to an unreleased 15″ MacBook Air for 2008 as well as a tablet project for that same year. It’s unclear if those tablet talks were early incarnations of the iPad or another project entirely. My colleague Filipe wrote about these other discoveries here.