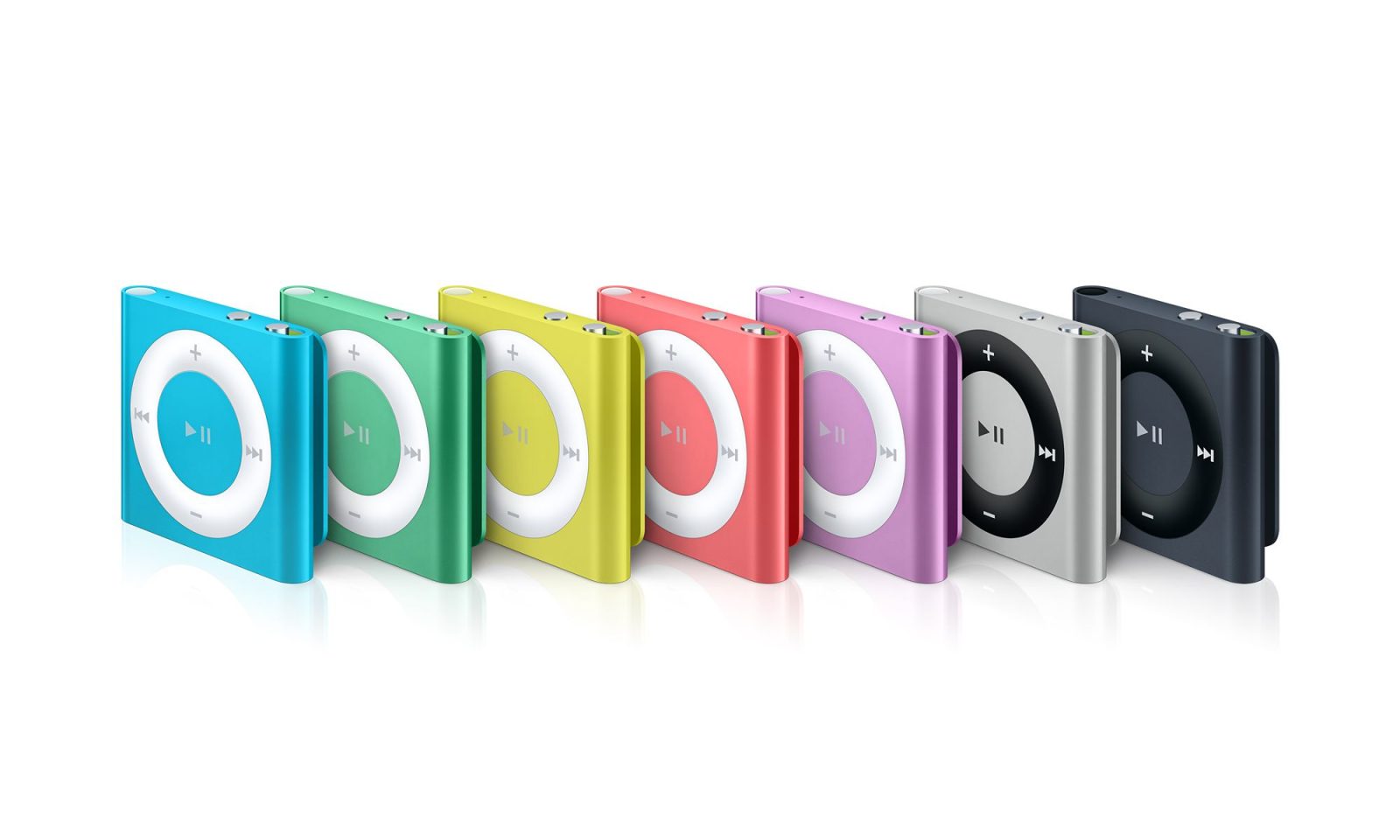 When the screenless iPod shuffle was originally introduced in 2005 as an all-plastic $99 iPod, it was simultaneously designed to kill demand for cheap iPod rivals and satisfy a highly price-conscious segment of the music player market. It succeeded, and though Apple has kept the feature set pretty much the same for a decade, it has dropped the price. Today, the fourth-generation iPod shuffle sells for only $49, and is available in eight colors including an Apple Store-exclusive Red.

The iPod shuffle design was last updated in 2010, merging the features of its prior two predecessors. It’s currently made from aluminum with a rear clip and circular controller, but much smaller than the second-generation model that introduced the basic design; it also has VoiceOver support for reading menu choices and song information, taken from the third-generation shuffle.

This model is the best iPod shuffle that’s ever been made, though its 2GB storage capacity is deliberately limited to make the $149 iPod nano more appealing to serious listeners. Still, the shuffle is so easy to clip on and close enough to an iPod nano armband in price that it’s an easy alternative for workouts and runs. 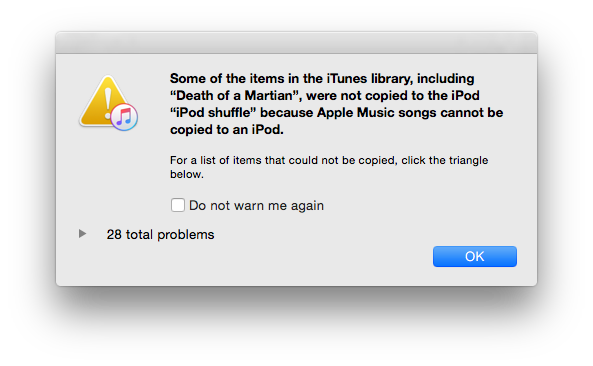 The reason, according to sources, is simply to prevent piracy… END_OF_DOCUMENT_TOKEN_TO_BE_REPLACED 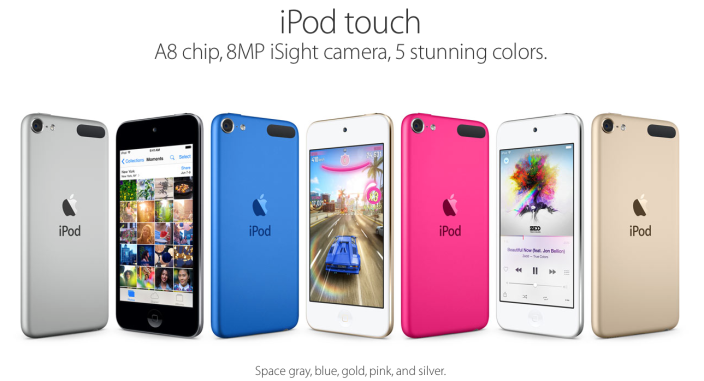 END_OF_DOCUMENT_TOKEN_TO_BE_REPLACED

As we reported this morning, Apple has today launched a new version of the iPod touch, featuring a 64-bit A8 CPU. This breaks a long run of neglect for Apple’s cheapest iOS device, which last received an update way back in 2012. It will be a huge leap in performance over the previous iPod touch which featured an A5 SoC. Both the front and back cameras have been improved, with the back shooter now featuring 8 megapixels of resolution.

The new iPod touch is also available for the first time in gold matching the iPhone and iPad in addition to new dark blue and pink case options. The iPod touch is also getting a storage bump at least at the higher end — there is now a $399 128 GB model. The base $199 iPod touch remains the same with 16 GB of onboard storage, the 32 GB model is $249 and the 64 GB version is $299.

There are also updates to the iPod shuffle and iPod nano, although these are merely cosmetic changes to fascia of the products. The shuffle and nano now come in dark blue, pink and gold variants.

END_OF_DOCUMENT_TOKEN_TO_BE_REPLACED 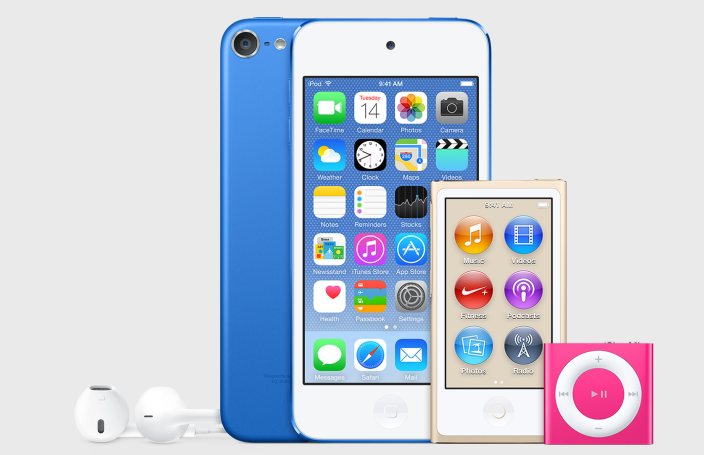 As indicated by the references last month in iTunes 12.2, the overall designs and screens of the new iPods will remain the same as their predecessors. These are the first major iPod upgrades since 2012, and with Apple’s focus on the iPhone and iPad, these will likely also be the last for some time. END_OF_DOCUMENT_TOKEN_TO_BE_REPLACED 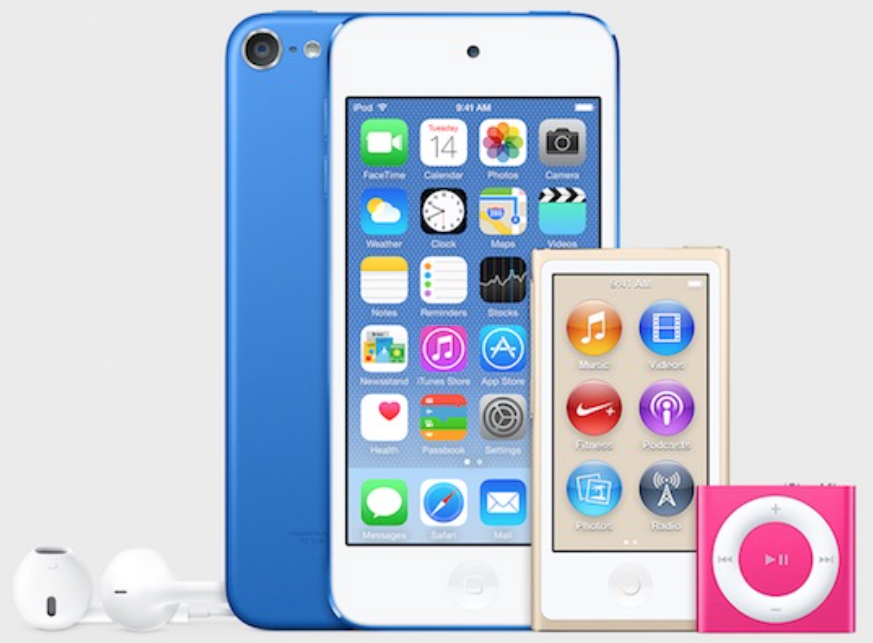 Just yesterday I was speculating about the future of the iPod, and it appears we may not have long to wait until we learn a little more about it. French site iGen, which has a good track-record, says that the iPod line-up will see a refresh on or around 14th July.

It appears to have little hard information beyond internal model numbers, but based on those speculates that the Shuffle and Nano will see only the color changes spotted in iTunes 12.2, while the Touch may receive a more substantive update …  END_OF_DOCUMENT_TOKEN_TO_BE_REPLACED