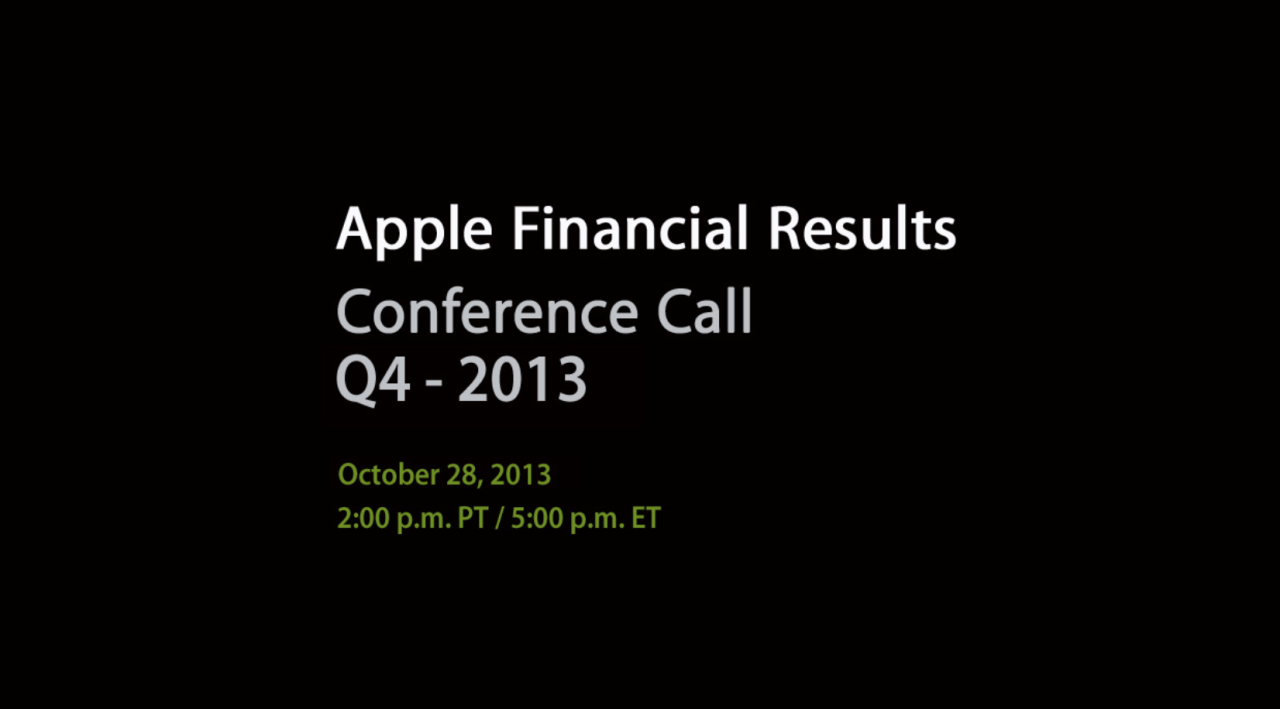 Update: Live webcast will be at www.apple.com/quicktime/qtv/earningsq413

Apple will hold its quarterly earnings call to announce results on October 28th, as noted on Apple’s investor website. Typically, Apple’s CEO Tim Cook and CFO Peter Oppenheimer will read prepared statements about the company’s performance, before opening the call to a question and answer session for analysts. The call will begin at 2PM Pacific / 5PM Eastern time. Apple will publish a press release reporting their results about half an hour before the call is due to begin.

The timing of this call is interesting. Not only has Apple it announced it later than usual, but a Monday call is a rare occurrence in Apple’s schedule. The last time Apple held a call on a Monday was over three years ago, in October 2010. Earnings calls (and Apple announcements in general) tend to fall on Tuesdays or Wednesdays.

Apple’s projections for fiscal Q4, which translates to calendar Q3 (July, August and September) were stated at their last earnings call and adjusted last week, as a result of better-than-expected iPhone sales. Apple expects to report near the higher end of their estimated range of $34 – $37 billion dollars in revenue, with gross margin between 36 and 37 percent. In addition, Apple expects operating expenses to fall between $3.9 and $3.95 billion, with a tax rate of 26.5 percent.