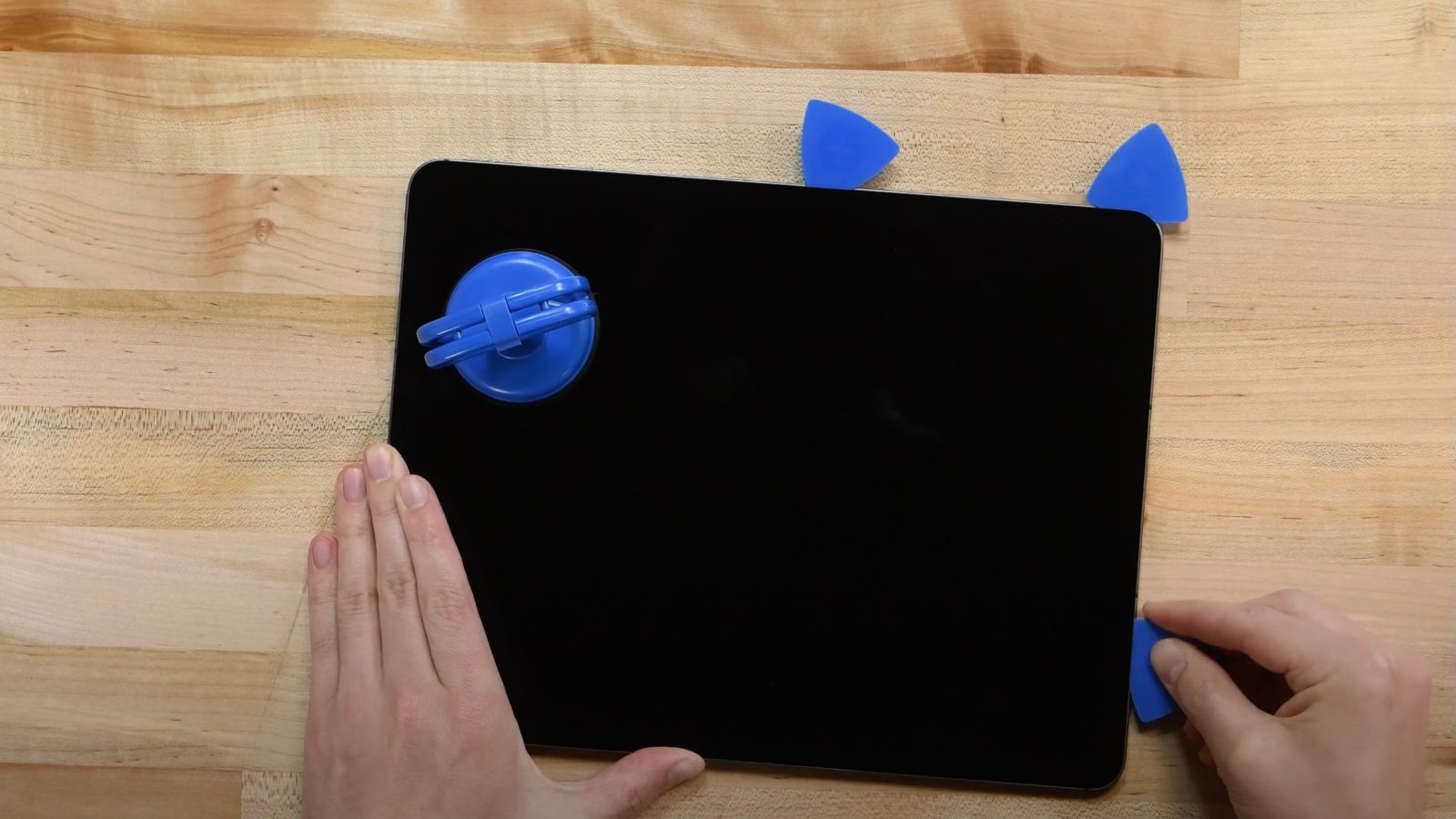 Upon opening up the new iPad Pro, iFixit notes a few changes compared to the 2020 iPad Pro, though things look mostly the same. For instance, there are now 5G antennas on the edges of the frame, and the dual-cell battery has a new 40.33 Wh capacity, and the new M1 chip under thermal paste next to the untied memory.

Another interesting change is seeing the details of the new ultra wide front-facing camera, which powers the new iPad Pro’s Center Stage feature.

In terms of the new Liquid Retina XDR display technology, iFixit says the new panel is roughly half a millimeter thicker than the display used in the previous-generation iPad Pro. The difference in weight is more noticeable, however, with the Liquid Retina XDR panel weighing in at 285 grams.

iFixit is then able to separate the LCD and the backlight diffuser layers to show an in-depth look at how the new Liquid Retina XDR display works. mini-LED displays, like what Apple uses in the new iPad Pro, feature a grid of LEDs directly underneath the screen that can be individually controlled. This is what increases brightness and improves black levels.

The iFixit video puts the new technology under a microscope to show the 2,596 local dimming zones in the ‌M1‌ ‌iPad Pro‌ in detail. There are over 10,000 LEDs in the 2021 iPad Pros.

Check out the full video below for a really incredible look at the new M1 iPad Pro’s display technology. iFixit has not yet posted its traditional teardown of the 2021 iPad Pro, so we don’t yet know the details on things like repairability. That being said, we don’t expect that much has changed compared to the 2020 iPad Pro.