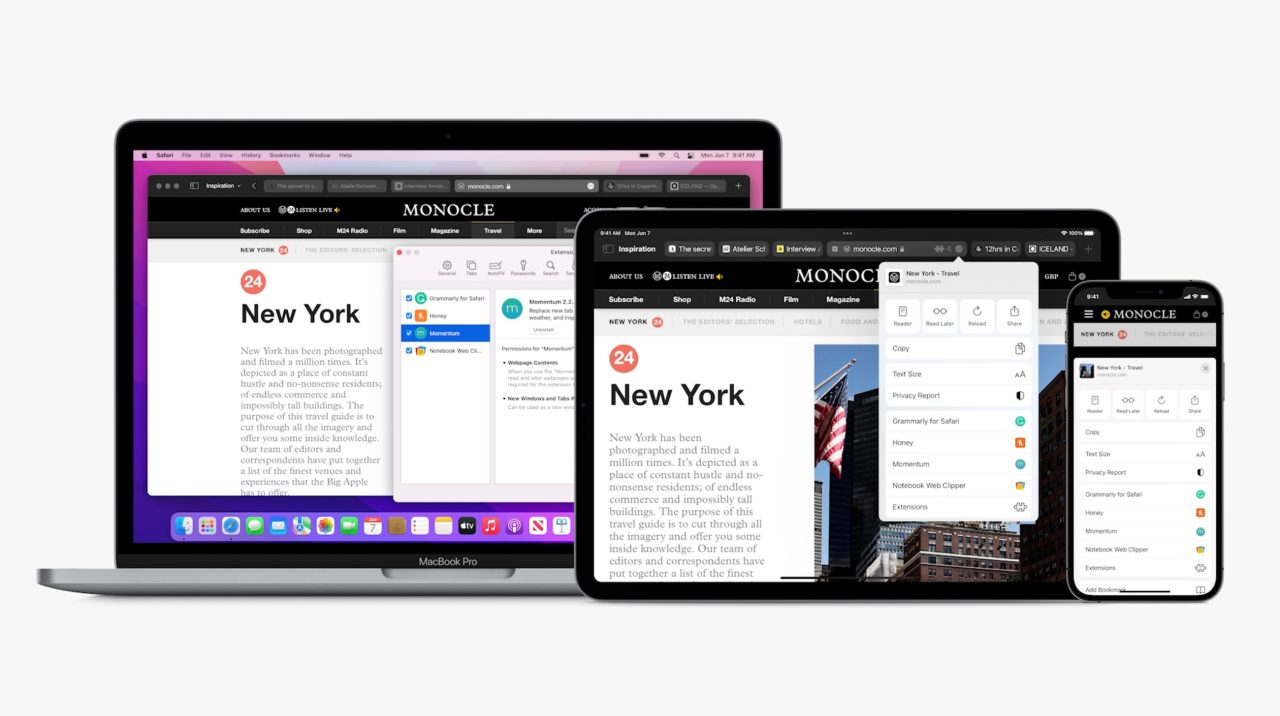 Apple just announced at WWDC 2021 that it is bringing Safari web browser extensions to its mobile devices. With iOS 15 and iPadOS 15, iPhone and iPad will have access to the same web extensions available in Safari for Mac.

Developers will now be able to create universal extensions that work on Mac, iPhone, and iPad with the new software available later this year.

Interestingly, this comes after Apple teamed up with Google, Mozilla, and Microsoft to improve universal browser extensions for Safari, Chrome, Firefox, and Edge. In June last year, Apple added support for WebExtension API in the macOS version of Safari. This API is a cross-platform technology for offering the same extension in different web browsers, including Google Chrome and Microsoft Edge.