iPadOS 15: You can now build apps on the iPad, and ship to the App Store 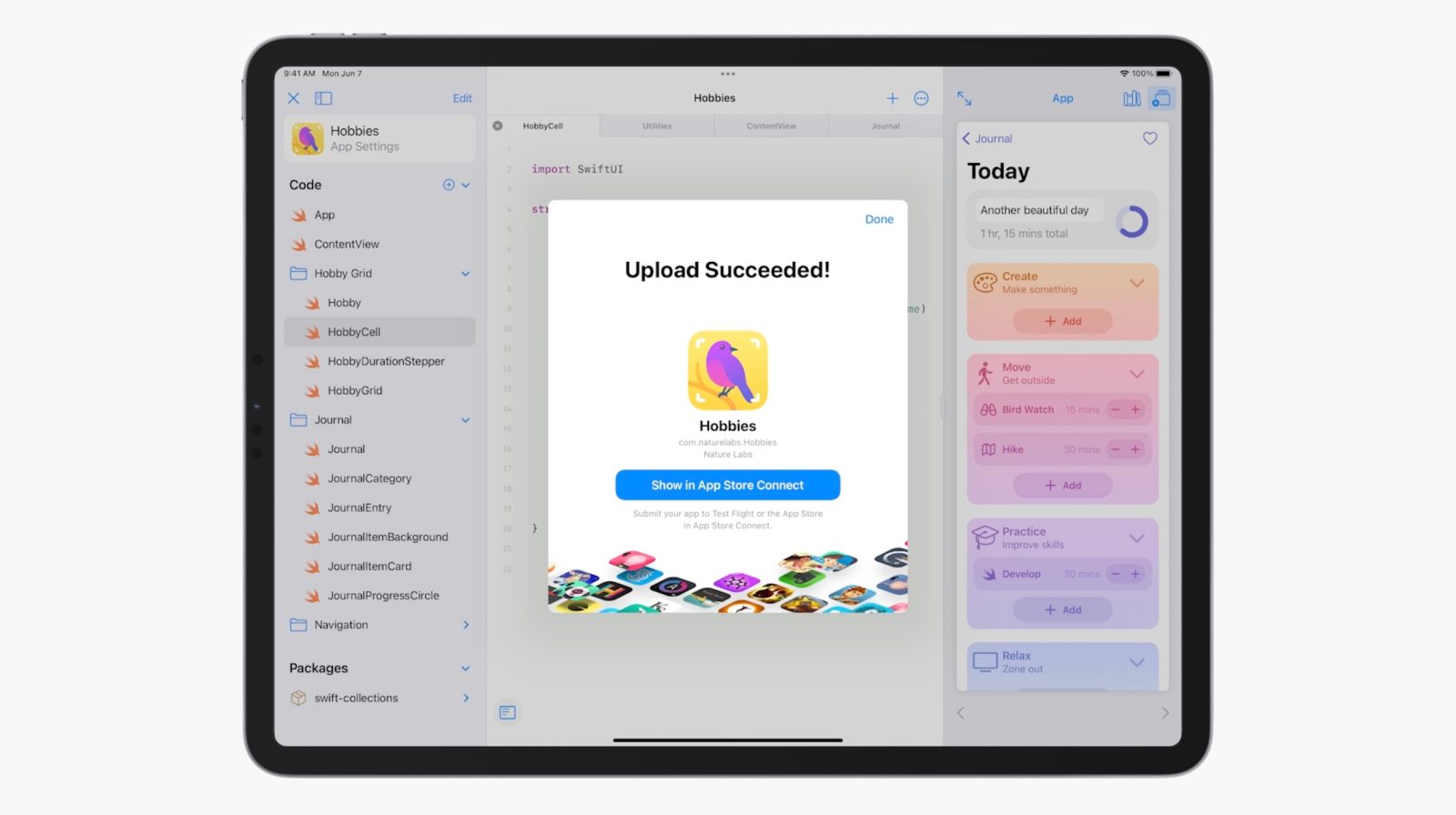 For the first time, you can code, iterate and build apps on the iPad itself. Using Swift Playgrounds on iPadOS 15, customers will be able to create iPhone and iPad apps from scratch and then deploy them to the App Store.

It remains to be seen how limited or not the development experience will be. It is probably notable that Apple chose not to rebrand this as ‘Xcode’, signifying that you aren’t going to be able to do everything you can do with Xcode on the Mac.

Nevertheless, it’s a significant milestone for the iPad. Without requiring other devices, users will be able to develop apps on the iPad itself.