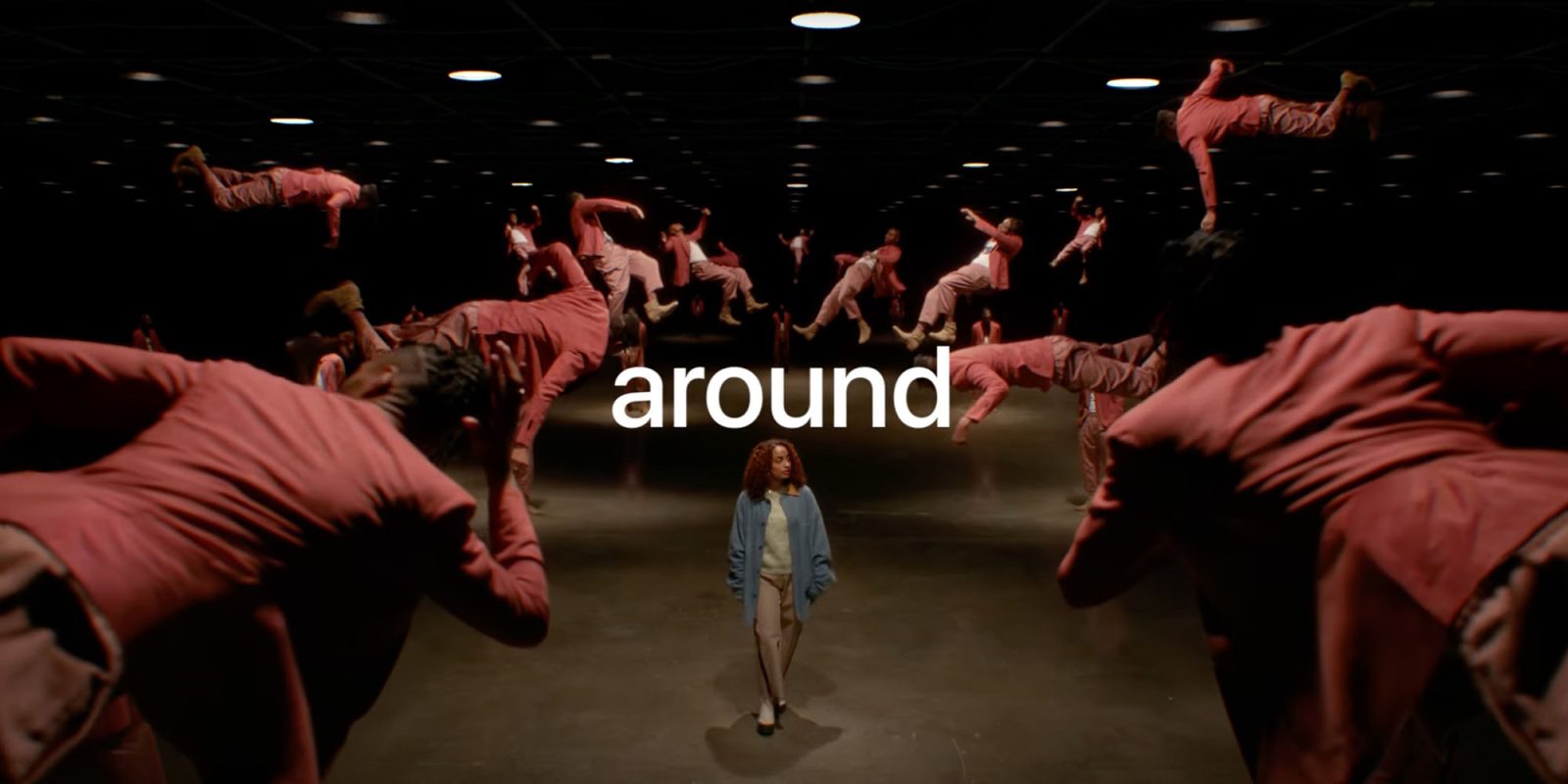 Update: Bizarrely, the ad itself doesn’t use Spatial Audio, just a lot of stereo channel separation. You need to listen to the separate Behind the Sound video in the Apple Music app to hear the real thing …

With both videos, you’ll hear very clear stereo effects, with particular sounds obviously coming from either left, right or center. The effect is particularly pronounced when listening on headphones.

But on devices that support Spatial Audio, the second video will give you a better sense of where every element of the sound is coming from, especially when you turn your head.

To automatically get the full Spatial Audio effect, you’ll need to be on iOS 14.6 or later and listening on specific devices:

If you have other headphones or speakers that support Dolby Atmos but don’t automatically detect Apple’s implementation, you can enable it in the Settings app: Settings > Music > Audio > Dolby Atmos > Always On. You can learn more here.

If you like Spatial Audio so much you wish all music tracks and streaming video supported it, iOS 15 and macOS Monterey will bring the ability to simulate the effect so far as head movement is concerned.

With this new Spatialize Stereo option, you can listen to pretty much any song or video with Spatial Audio using AirPods Pro or AirPods Max. This, of course, won’t bring the three-dimensional sound experience that Dolby content offers, but it does a good job of simulating the audio coming from different directions as you move your head with AirPods.

To enable Spatialize Stereo in iOS 15 and iPadOS 15, just connect your AirPods Pro or AirPods Max and start playing any content. Then go to the Control Center, press and hold on the volume slider, and you will see the new option there.

As expected, Apple is majoring on Spatial Audio while remaining low key when it comes to Lossless Audio.